I'd argue that the last truly revolutionary version of Windows was Windows 95. In the subsequent 17 years, we've seen a stream of mostly minor and often inconsequential design changes in Windows – at its core, you've got the same old stuff: a start menu, a desktop with icons, taskbar at the bottom, overlapping windows, toolbars, and pull-down menus. 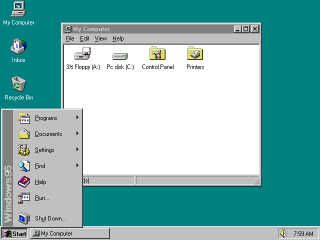 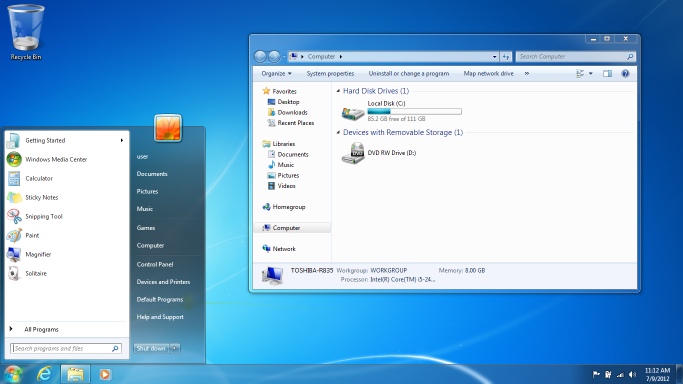 Windows 7 may be bigger, prettier, and more refined – finally, a proper sequel to Windows XP – but it's also safe. Rote. Familiar. Maybe a little too safe.

Windows 95 was a big deal because it innovated, because it was a break from the status quo. It sold 40 million copies in a year. It marked the coming of age of the Wintel beige box PC hegemony, and in the process dealt a near death blow to Apple and its rapidly aging System 7 OS.

But we all know how that story ends – with the iPhone in 2007, and most of all the iPad in 2010, Apple popularized the idea of simple touch computing surfaces that are now defining the Post-PC Era. The best way to predict the future is to invent it. And to their credit, Apple did; that is why their star is ascendant. Kind of absurdly scarily ascendant, actually.

It's not like Microsoft isn't investing in R&D. The Surface table looked amazing. Unfortunately, it was also trapped in a ridiculous, giant coffee table form factor that no regular person could afford or even want. That's too bad, because the Surface table was actually … kind of amazing. I've only ever seen one, in the lobby of a Seattle hotel in 2008. I went in skeptical, but when I actually got to try the Surface table, I came away impressed. It was a fascinating and intuitive multi-touch experience … that virtually nobody will ever get to experience or use. The iPad also offers a fascinating and intuitive multi-touch experience; let's compare:

a multi-touch Surface Table priced at $10,000 that, statistically speaking, nobody will ever be able to see or afford

Now guess which of these companies is currently worth umpteen bazillion dollars. Go on, guess! No, it's not Webvan, you jokers.

After using the retina iPad for a while, I was shocked just how much of my everyday computing I can pull off on a tablet. Once you strip away all the needless complexities, isn't a tablet the simplest form of a computer there can be? How could it get any simpler than a tablet? Is this the ultimate and final form of computing? I wonder. It's a display in your hands, with easy full-screen applications that have simple oversize click targets to poke your finger at, and no confusing file systems to puzzle over or power-draining x86 backwards compatibility to worry about. Heck, maybe a tablet is better than traditional PCs, because it sidesteps all the accumulated cruft and hacks the PC ecosystem has accreted over the last 30 years.

If you're Microsoft, this is the point at which you should be crapping your pants in abject fear.

It is nothing less than the first stages of the heat death of the PC ecosystem, the formation of a tidal wave that will flow inexorably forward from this point. But you can't say they didn't see it coming. Bill Gates, of all people, saw this coming all the way back in 1995, the same year Windows 95 was released.

One scary possibility being discussed by Internet fans is whether they should get together and create something far less expensive than a PC which is powerful enough for Web browsing. This new platform would optimize for the datatypes on the Web. Gordon Bell and others approached Intel on this and decided Intel didn't care about a low cost device so they started suggesting that General Magic or another operating system with a non-Intel chip is the best solution.

To be honest, I had almost written Microsoft off at this point, to the "whatever the abomination that IBM is now" enterprisey deadpool. It's not like they would disappear, necessarily, but they no longer had a viable horse in the race for the future of consumer computing devices. In these darkest of hours, I was actually considering … switching to OS X.

That is, until I tried Windows 8, and until I watched Microsoft unveil Surface. No, not the huge table one, the new one that's roughly the size (and one hopes, the price) of the iPad. I was expecting Yet Another Incremental Improvement to Windows, but I got something else altogether. 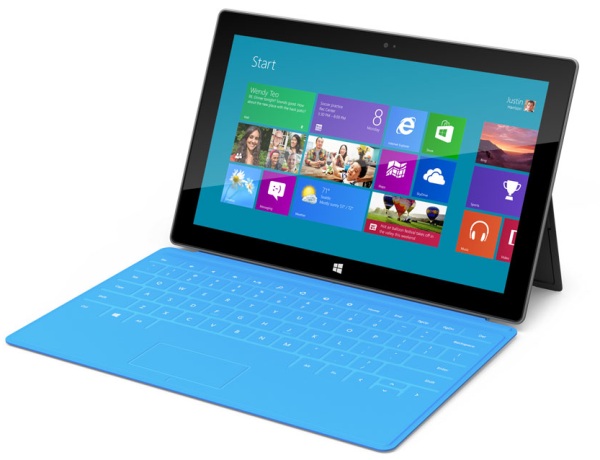 It took a little longer than originally anticipated, but what's 17 years between friends?

Windows 8 is, in my humble opinion, the most innovative version of Windows Microsoft has released since Windows 95. Maybe ever. And it's good. Really good! I can't remember the last time I was this excited about a Windows release, except when I was kind of obsessively running betas of Windows 95 and waiting for Windows 95 to be released. Don't judge me man!

What's good about Windows 8? A ton of stuff.

That's just a list off the top of my head. But don't take my word for it. Download the free Release Preview and try Windows 8 yourself.

Now, I will warn you that Windows 8 definitely has a wee bit of Jekyll and Hyde going on, because it smushes together two radically different paradigms: the old school mouse and keyboard centric desktop UI, and the new school tablet and touch centric Metro UI. It can be disconcerting to get kicked abruptly from one to the other. It's different, so there's a learning curve. (Protip: using your mouse scroll wheel in a Metro panel scrolls sideways. Don't forget the hover corners, or the right click, either.) But I have to say, this choice seems, at least so far, to be a bit saner approach than the super hard totally incompatible iOS/OSX divide in Apple land.

I expect that most people will decide early on whether they prefer treating their computer like a traditional laptop, or a tablet, and stick to their guns. Fortunately, the tablet stuff in Windows 8 doesn't get in the way. Even if only used as a glorified Start Menu, the Metro interface works surprisingly well – just start typing and match what you want to launch.

What's even more amazing is that Microsoft is actually pricing the upgrade sanely. Can you believe it's only $40 to upgrade from Windows 8 from XP, Vista, or Windows 7? It's like someone at Microsoft woke up and finally listened to what I've desperately been trying to tell them for years.

In the post PC era, Microsoft is betting the company on Windows 8, desperately trying to serve two masters with one operating system. The traditional mouse and keyboard desktop is no longer the default; it is still there, but slightly hidden from view, as the realm of computer nuts, power users, and geeks. For everyone else, the Metro UI puts an all new, highly visual touch and tablet friendly face on the old beige Wintel box. Will Microsoft succeed? I'm not sure yet. But based on what I've seen so far of Windows 8, its pricing, and the new Surface hardware – I'm cautiously optimistic.