While I haven't been unhappy with Windows Vista, it had a lot of rough edges:

This is why the screenshot of the Windows 7 Calculator, although seemingly trivial, is so exciting to me. It's evidence that Microsoft is going to pay attention to the visible parts of the operating system this time around. I'm a fan of Vista, despite all the nerd rage on the topic, but I'll be the first to admit that Vista had all the polish of a particularly dull rock. Let's just say the overall user experience was.. uninspiring. This led many people to shrug, sigh "why bother?", and stick with crusty old XP.

Vista was like a solid B student who shows up at your doorstep reeking of body odor and dressed in shabby clothing from the local thrift shop. There's something decent at the core, but it's a real challenge to get past the obvious surface deficiencies.

Thus, I've been following the development of Windows 7 with cautious optimism. It's important to me not because I am an operating system fanboy, but mostly because I want the world to get the hell off Windows XP. A world where people regularly use 9 year old operating systems is not a healthy computing ecosystem. Nobody is forcing anyone to use Windows, of course, but given the fundamental inertia in most people's computing choices, the lack of a compelling Windows upgrade path is a dangerous thing.

Now that Windows 7 has reached its "release to manufacturing" milestone, I had the opportunity to install it for myself and see. 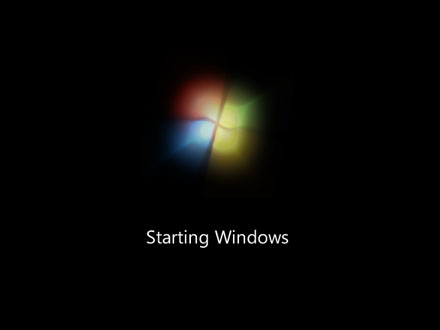 Within 5 minutes of installation it was immediately obvious to me -- Windows 7 is the best Vista Service Pack ever!

The core of the operating system isn't that different, but the experience is absolutely what Vista should have been on day one. Microsoft took that B student, gave him a bath and a makeover, and even improved his grades ever so slightly.

It sounds like a subtle thing, but it's not. Sit down and use Windows 7 for even a few minutes and you'll find an operating system that is faster, cleaner looking, and filled with lots of little useful, thoughtful touches utterly lacking in Vista. Where Vista was half-implemented and often clunky, Windows 7 is competent bordering on pleasant. I won't bore you with all the details, as Windows 7 has been getting lots of positive press from all corners of the web. There's no need for me to add my voice to the chorus. But suffice it to say that Windows 7 finally offers a compelling upgrade path from Windows XP. So from my perspective, mission accomplished. Three years late, but hey, who's counting.

(Note that this is not an invitation to rekindle the eternal OS flame war, as I'm much more interested in the cool stuff you're creating than what OS you use to create it with. I'm sorry, but screwdrivers just aren't that sexy to me.)

I normally do clean installs for operating system upgrades, but I've been busy recently, and I don't have any new PC hardware builds scheduled. If you're already on Vista, the upgrade path is perhaps more compelling than it otherwise would be. All the breaking fundamental changes were in Vista, so if you've made it over the Vista hump, then an in-place Windows 7 upgrade is relatively painless -- or at least, it has been for me on the two machines I've tried so far.

I think Windows 7 works well as a de-facto Vista service pack. I guess that's not surprising if you compare the version numbers.

Here's to exactly 0.1.1598 worth of improvement for the Windows ecosystem. Now can we please get the hell off Windows XP already?