What was Microsoft's original mission?

In 1975, Gates and Allen form a partnership called Microsoft. Like most startups, Microsoft begins small, but has a huge vision – a computer on every desktop and in every home.

The existential crisis facing Microsoft is that they achieved their mission years ago, at least as far as the developed world is concerned. When was the last time you saw a desktop or a home without a computer? 2001? 2005? We're long since past the point where Microsoft's original BHAG was met, and even exceeded. PCs are absolutely ubiquitous. When you wake up one day to discover that you've completely conquered the world … what comes next?

Microsoft never seemed to recover from the shock of achieving their original 1975 goal. Or perhaps they thought that they hadn't quite achieved it, that there would always be some new frontier for PCs to conquer. But Steve Jobs certainly saw the Post PC era looming as far back as 1996:

The desktop computer industry is dead. Innovation has virtually ceased. Microsoft dominates with very little innovation. That's over. Apple lost. The desktop market has entered the dark ages, and it's going to be in the dark ages for the next 10 years, or certainly for the rest of this decade.

If I were running Apple, I would milk the Macintosh for all it's worth – and get busy on the next great thing. The PC wars are over. Done. Microsoft won a long time ago. 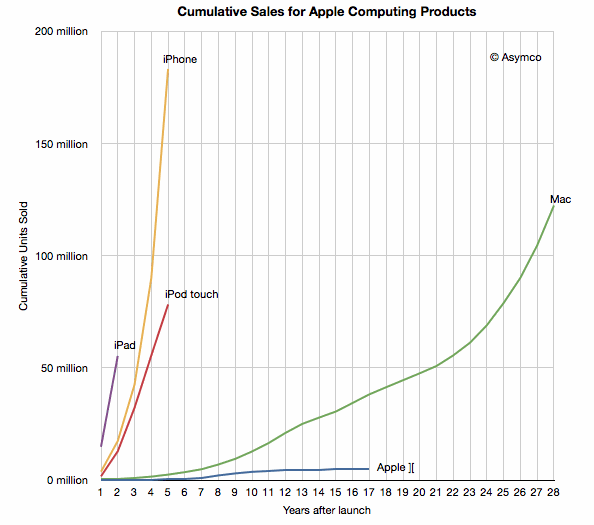 I'm incredibly conflicted, because as much as I love the do-anything computer …

But the primary wake up call, at least for me, is that the new iPad finally delivered an innovation that general purpose computing has been waiting on for thirty years: a truly high resolution display at a reasonable size and price. In 2007 I asked where all the high resolution displays were. Turns out, they're only on phones and tablets. 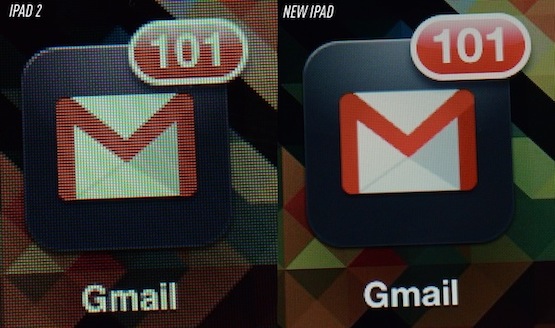 That's why I didn't just buy the iPad 3 (sorry, The New iPad). I bought two of them. And I reserve the right to buy more!

iPad 3 reviews that complain "all they did was improve the display" are clueless bordering on stupidity. Tablets are pretty much by definition all display; nothing is more fundamental to the tablet experience than the quality of the display. These are the first iPads I've ever owned (and I'd argue, the first worth owning), and the display is as sublime as I always hoped it would be. The resolution and clarity are astounding, a joy to read on, and give me hope that one day we could potentially achieve near print resolution in computing. The new iPad screen is everything I've always wanted on my desktops and laptops for the last 5 years, but I could never get.

Don't take my word for it. Consider what screen reading pioneer, and inventor of ClearType, Bill Hill has to say about it:

The 3rd Generation iPad has a display resolution of 264ppi. And still retains a ten-hour battery life (9 hours with wireless on). Make no mistake. That much resolution is stunning. To see it on a mainstream device like the iPad - rather than a $13,000 exotic monitor - is truly amazing, and something I've been waiting more than a decade to see.

It will set a bar for future resolution that every other manufacturer of devices and PCs will have to jump.

And the display calibration experts at DisplayMate have the measurements and metrics to back these claims up, too:

… the new iPad’s picture quality, color accuracy, and gray scale are not only much better than any other Tablet or Smartphone, it’s also much better than most HDTVs, laptops, and monitors. In fact with some minor calibration tweaks the new iPad would qualify as a studio reference monitor.

Granted, this is happening on tiny 4" and 10" screens first due to sheer economics. It will take time for it to trickle up. I shudder to think what a 24 or 27 inch display using the same technology as the current iPad would cost right now. But until the iPhone and iPad, near as I can tell, nobody else was even trying to improve resolution on computer displays – even though all the existing HCI research tells us that higher resolution displays are a deep fundamental improvement in computing.

At the point where these simple, fixed function Post-PC era computing devices are not just "enough" computer for most folks, but also fundamentally innovating in computing as a whole … well, all I can say is bring on the post-PC era.
Next