I suppose What You See Is What You Get has its place, but as an OCD addled programmer, I have a problem with WYSIWYG as a one size fits all solution. Whether it's invisible white space, or invisible formatting tags, it's been my experience that forcing people to work with invisible things they cannot directly control … inevitably backfires. A lot.

I have a distinctly Ghostbusters attitude to this problem. 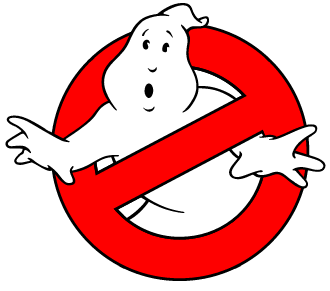 I need to see these invisible things, so that I can zap them with my proton pack. I mean, er, control them. And more importantly, understand them; perhaps even master them.

I recently had the great privilege of meeting Ted Nelson, who gave me an in-person demo of his ZigZag project and his perpetually in-progress since 1960 Xanadu project, currently known as Xanadu Space. But one thing he mentioned as he gave the demo particularly intrigued me. Being Ted Nelson, of course he went much further than my natural aversion to invisible, hidden markup in content – he insisted that markup and content should never be in the same document. Far more radical.

I want to discuss what I consider one of the worst mistakes of the current software world, embedded markup; which is, regrettably, the heart of such current standards as SGML and HTML. (There are many other embedded markup systems; an interesting one is RTF. But I will concentrate on the SGML-HTML theology because of its claims and fervor.)

There is no one reason this approach is wrong; I believe it is wrong in almost every respect.

I propose a three-layer model:

It's an interesting, albeit extremely hand-wavy and complex, alternative. I'm unclear how you would keep the structure layer in sync with the content layer if someone is editing the content. I don't even know if there are any real world examples of this three layer approach in action. (And as usual, feel free to correct me in the comments if I've missed anything!)

Instead, what we do have are existing, traditional methods of intermixing content and markup ala HTML or TeX. 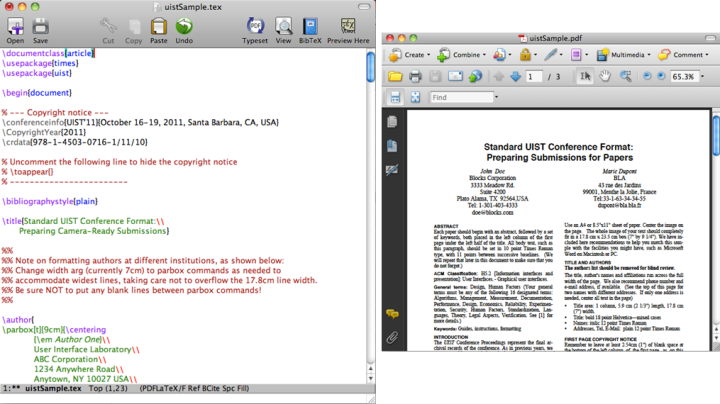 When editing, there are two possible interfaces:

What I didn't realize is that there's actually a third editing option: keep the markup visible, and switch rapidly back and forth between the markup and rendered view with a single keystroke. That's what the Gliimpse project reveals:

Please watch the video. The nearly instantaneous and smooth transition that Gliimpse demonstrates between markup and preview has to be seen to be appreciated. The effect is a bit like Expose on the Mac, or Switcher on PC. I'm not sure how I feel about this, mainly because I don't know of any existing IDEs that even attempt to do anything remotely like it.

But I'd sure like to try it. As a software developer, it's incredibly frustrating to me that we have generational improvements in games like Skyrim and Battlefield 3 that render vastly detailed, dynamic worlds at 60 frames per second, yet our source code editors are advancing only in tiny incremental steps, year after year.

The End of Pagination