This Is All Your App Is: a Collection of Tiny Details

Fair warning: this is a blog post about automated cat feeders. Sort of. But bear with me, because I'm also trying to make a point about software. If you have a sudden urge to click the back button on your browser now, I don't blame you. I don't often talk about cats, but when I do, I make it count.

We've used automated cat feeders since 2007 with great success. (My apologies for the picture quality, but it was 2007, and camera phones were awful.) 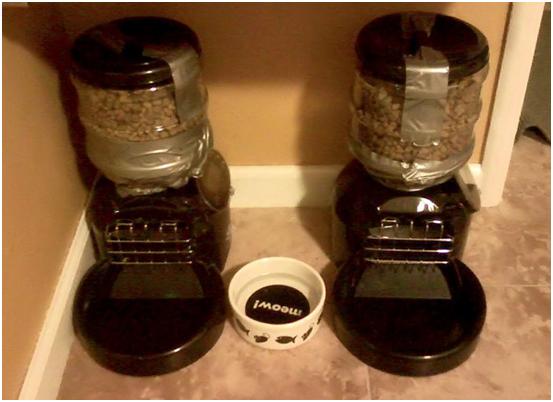 Feeding your pets using robots might sound impersonal and uncaring. Perhaps it is. But I can't emphasize enough how much of a daily lifestyle improvement it really is to have your pets stop associating you with ritualized, timed feedings. As my wife so aptly explained:

I do not miss the days when the cats would come and sit on our heads at 5 AM, wanting their breakfast.

Me neither. I haven't stopped loving our fuzzy buddies, but this was also before we had onetwothree children. We don't have a lot of time for random cat hijinks these days. Anyway, once we set up the automated feeders in 2007, it was a huge relief to outsource pet food obsessions to machines. They reliably delivered a timed feeding at 8am and 8pm like clockwork for the last five years. No issues whatsoever, other than changing the three D batteries about once a year, filling the hopper with kibble about once a month, and an occasional cleaning.

Although they worked, there were still many details of the automated feeders' design that were downright terrible. I put up with these problems because I was so happy to have automatic feeders that worked at all. So when I noticed that the 2012 version of these feeders appeared to be considerably updated, I went ahead and upgraded immediately on faith alone. After all, it had been nearly five years! Surely the company had improved their product a bit since then … right? Well, a man can dream, can't he? 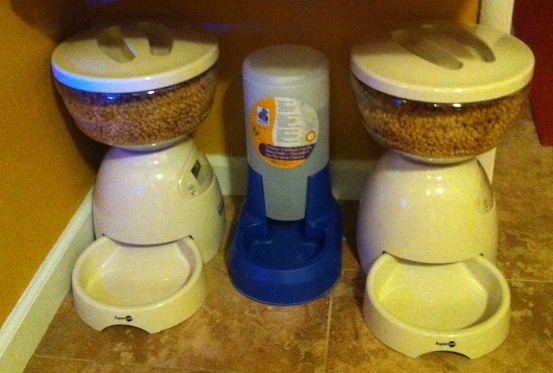 When I ordered the new feeders, I assumed they would be a little better than what I had before. 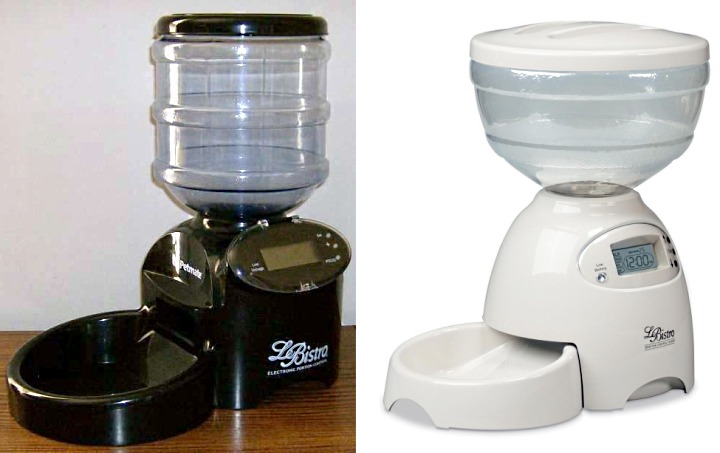 The two feeders don't look so radically different, do they? But pay attention to the details.

These are, to be sure, a bunch of dumb, nitpicky details. Did the old version feed our cats reliably? Yes, it did. But it was also a pain to clean and maintain, a sort of pain that I endured weekly, for reasons that made no sense to me other than arbitrarily poor design choices. But when I bought the new version of the automated feeder, I was shocked to discover that nearly every single problem I had with the previous generation was addressed. I felt as if the Petmate Corporation™ was actually listening to all the feedback from the people who used their product, and actively refined the product to address our complaints and suggestions.

My point, and I do have one, is that details matter. Details matter, in fact, a hell of a lot. Whether in automatic cat feeders, or software. As my friend Wil Shipley once said:

This is all your app is: a collection of tiny details.

This is still one of my favorite quotes about software. It's something we internalized heavily when building Stack Overflow. Getting the details right is the difference between something that delights, and something customers tolerate.

Your software, your product, is nothing more than a collection of tiny details. If you don't obsess over all those details, if you think it's OK to concentrate on the "important" parts and continue to ignore the other umpteen dozen tiny little ways your product annoys the people who use it on a daily basis – you're not creating great software. Someone else is. I hope for your sake they aren't your competitor.

The details are hard. Everyone screws up the details at first, just like Petmate did with the first version of this automatic feeder. And it's OK to screw up the details initially, provided …

We were maniacal about listening to feedback from avid Stack Overflow users from the earliest days of Stack Overflow in August 2008. Did you know that we didn't even have comments in the first version of Stack Overflow? But it was obvious, based on user feedback and observed usage, that we desperately needed them. There are now, at the time I am writing this, 1,569 completed feature requests; that's more than one per day on average.

Imagine that. Someone who cares about the details just as much as you do.