The Eight Levels of Programmers

Have you ever gotten that classic job interview question, "where do you see yourself in five years?" When asked, I'm always mentally transported back to a certain Twisted Sister video from 1984.

I want you to tell me – no, better yet, stand up and tell the class – 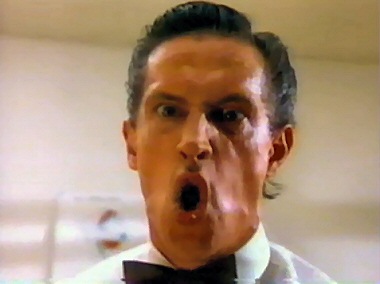 what do you wanna do with your life?

You want to rock, naturally! Or at least be a rockstar programmer. It's not a question that typically gets a serious answer – sort of like that other old groan-inducing interview chestnut, "what's your greatest weakness?" It's that you sometimes rock too hard, right? Innocent bystanders could get hurt.

But I think this is a different and more serious class of question, one that deserves real consideration. Not for the interviewer's benefit, but for your own benefit.

The "where do you see yourself in five years" question is sort of glib, and most people have a pat answer they give to interviewers. But it does raise some deeper concerns: what is the potential career path for a software developer? Sure, we do this stuff because we love it, and we're very fortunate in that regard. But will you be sitting in front of your computer programming when you're 50? When you're 60? What is the best possible career outcome for a programmer who aspires to be.. well, a programmer?

What if I told you, with tongue firmly planted in cheek, that there were Eight Levels of Programmers?

These levels aren't entirely serious. Not every programmer aspires to the same things in their career. But it's illuminating to consider what a programmer could accomplish in ten years, twenty years, or thirty years – perhaps even a lifetime. Which notable programmers do you admire the most? What did they accomplish to earn your admiration?

In short, what do you wanna do with your life?