How Not To Become a Rockstar Programmer

Let's start with the title. There is no such thing as a "Rock Star Programmer," so if you want to become one, you already have problems that reading a blog post can't fix. Rock stars get sex, drugs, parties, limousines, fame, glory, dates with supermodels, and Rolling Stone covers. Good programmers get . . . uh . . . fewer compiler errors. Or fewer runtime errors, depending on which language you're using. So let's not pretend that "Rock Star Programmer" makes any more sense than "lighter-than-air paperweight" or "Rock Star Babysitter." 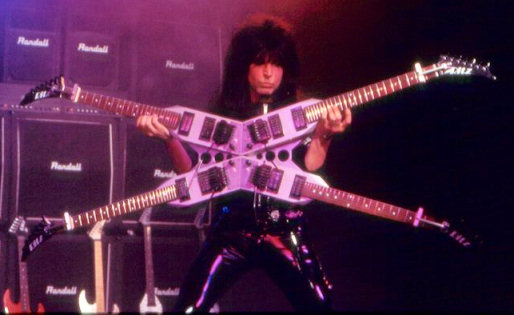 But the tip he offers is just as flawed as the top ten list he's criticizing:

The best way to improve is to study code that is better than your own. Read good code written by experts, in a variety of programming languages. Study it until you understand how it works and what makes it good. That's it. That's the one tip.

Studying code is reasonable advice. It's helpful. But the absolute best way to improve is to write your own damn code! Nothing teaches faster than making your own mistakes, on your own time, on your own terms.

So study "good code*" all you want, but write as much code as you can.

I Shall Call It.. SomethingManager