What's Wrong With The Daily WTF

Alex Papadimoulis originally invited me to be a guest editor at The Daily WTF nearly six months ago. I was honored and accepted immediately. Since then, The Daily WTF has been rechristened Worse Than Failure.

I'm a big fan of Alex and WTF; his blog is fantastic, and WTF went from being a brilliant, hilarious germ of an idea to a staple of many developer's daily reading lists.

It's ironic, then, that what I wrote ended up being a direct criticism of The Daily WTF. It's almost like I've fallen into the Spolsky rut; invite me to speak at your big important Java conference, and I'll create a session that tells you why you're all idiots for using Java. Or, perhaps I was channeling Groucho Marx. One of his most famous jokes goes something like this: I sent the club a wire stating, please accept my resignation. I don't want to belong to any club that will accept me as a member. 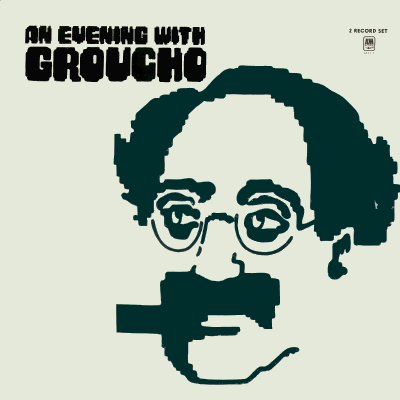 I give Alex tremendous credit for finally posting my entry, even though it never quite fit the WTF format. I hope it doesn't feel too much like a public service announcement, but it's something I absolutely had to get off my chest. It's a topic Dennis Forbes has struggled with as well:

This is a repeating theme: On the one side are the great programmers, and on the other are the people endlessly bound to give TheDailyWTF source material.

Do people really think such a schism exists? Is the impression that great developers are infallible, never creating any bad code at all, ever? Are bad programmers just stumbling from one WTF to another?

I fear the output of any developer who claimed that they've never written bad code. I would fear them because they're either bald-faced liars – believing that simply saying it repeatedly will somehow convince others into this fiction – or they're completely blind to their own weaknesses.

Every developer in the real world has had bad days, brain faults, or bad interpretations of new languages, environments or libraries. It's simply a given of the profession.

I have no problem at all with the entertainment value of WTF. Laughing at Rube Goldberg code is therapeutic, even educational. But whether the code in question is catastrophically stupid or just plain ill-advised, we have to do something about it. Until we do, we are implicitly perpetuating the painful, costly cycle of bad coders writing bad code, ad infinitum. And that hurts all of us.

Reprogramming WTF code isn't enough. We need to reprogram the developers producing the WTF code. With my guest article, I was trying to inspire readers to take on the burden of reprogramming bad developers, rather than passively waiting for the bad developers to come to their senses on their own. That strategy never works.

I can absolutely guarantee that the kinds of developers who could benefit most from reading WTF simply do not – and never will – read the WTF website. Individually, personally, we have to do more to reach out to these developers: mentoring, apprenticeship, user groups, peer pressure, code reviews, etcetera. Do whatever you can, whatever makes sense to you, but do something. Pitch in so the next poor sap won't have to deal with WTF code, or at the very least, can benefit from slightly less crazy WTF code in the future.

I know it's asking a lot. It's tempting to get your daily fix of drive-by amusement and move on. But I believe it's our collective duty to leave the profession of software engineering better than we found it. There's so much we can do, and WTF is merely a starting point.

Going Commando - Put Down The Mouse

Folding: The Death of the General Purpose CPU