I've loved many computers in my life, but the HTPC has always had a special place in my heart. It's the only always-on workhorse computer in our house, it is utterly silent, totally reliable, sips power, and it's at the center of our home entertainment, networking, storage, and gaming. This handy box does it all, 24/7.

I love this little machine to death; it's always been there for me and my family. The steady march of improvements in my HTPC build over the years lets me look back and see how far the old beige box PC has come in the decade I've been blogging:

As expected, the per-thread performance increase from 2013's Haswell CPU to 2016's Skylake CPU is modest – 20 percent at best, and that might be rounding up. About all you can do is slap more cores in there, to very limited benefit in most applications. The 6100T I chose is dual-core plus hyperthreading, which I consider the sweet spot, but there are some other Skylake 6000 series variants at the same 35w power envelope which offer true quad-core, or quad-core plus hyperthreading – and, inevitably, a slightly lower base clock rate. So it goes.

The real story is how idle power consumption was reduced another 33 percent. Here's what I measured with my trusty kill-a-watt:

These are impressive numbers, much better than I expected. Maybe part of it is the latest Windows 10 update which supports the new Speed Shift technology in Skylake. Speed Shift hands over CPU clockspeed control to the CPU itself, so it can ramp its internal clock up and down dramatically faster than the OS could. A Skylake CPU, with the right OS support, gets up to speed and back to idle faster, resulting in better performance and less overall power draw.

Skylake's on-board HD 530 graphics is about twice as fast as the HD 4400 that it replaces. Haswell offered the first reasonable big screen gaming GPU on an Intel CPU, but only just. 720p was mostly attainable in older games with the HD 4400, but I sometimes had to drop to medium detail settings, or lower. Two generations on, with the HD 530, even recent games like GRID Autosport, Lego Jurassic Park and so on can now be played at 720p with high detail settings at consistently high framerates. It depends on the game, but a few can even be played at 1080p now with medium settings. I did have at least one saved benchmark result on the disk to compare with:

Skylake is a legitimate gaming system on a chip, provided you are OK with 720p. It's tremendous fun to play Lego Batman 3 with my son.

At 720p using high detail settings, where there used to be many instances of notable slowdown, particularly in co-op, it now feels very smooth throughout. And since games are much cheaper on PC than consoles, particularly through Steam, we have access to a complete range of gaming options from new to old, from indie to mainstream – and an enormous, inexpensive back catalog.

Of course, this is still far from the performance you'd get out of a $300 video card or a $300 console. You'll never be able to play a cutting edge, high end game like GTA V or Witcher 3 on this HTPC box. But you may not need to. Steam in-home streaming has truly come into its own in the last year. I tried streaming Batman: Arkham Knight from my beefy home office computer to the HTPC at 1080p, and I was surprised to discover just how effortless it was – nor could I detect any visual artifacts or input latency.

It's super easy to set up – just have the Steam client running on both machines at a logged in Windows desktop (can't be on the lock screen), and press the Stream button on any game that you don't have installed locally. Be careful with WiFi when streaming high resolutions, obviously, but if you're on a wired network, I found the experience is nearly identical to playing the game locally. As long as the game has native console / controller support, like Arkham Knight and Fallout 4, streaming to the big screen works great. Try it! That's how Henry and I are going to play through Just Cause 3 this Tuesday and I can't wait.

As before in 2013, I only upgraded the guts of the system, so the incremental cost is low.

That's a total of $321 for this upgrade cycle, about the cost of a new Xbox One or PS4. The i3-6100T should be a bit cheaper; according to Intel it has the same list price as the i3-6100, but suffers from weak availability. The motherboard I chose is a little more expensive, too, perhaps because it includes extras like built in WiFi and M.2 support, although I'm not using either quite yet. You might be able to source a cheaper H170 motherboard than mine.

The rest of the system has not changed much since 2013:

Populate these items to taste, pick whatever drives and mini-ITX case you prefer, but definitely stick with the PicoPSU, because removing the large, traditional case power supply makes the setup both a) much more power efficient at low wattage, and b) much roomier inside the case and easier to install, upgrade, and maintain.

I also switched to Xbox One controllers, for no really good reason other than the Xbox 360 is getting more obsolete every month, and now that my beloved Rock Band 4 is available on next-gen systems, I'm trying to slowly evict the 360s from my house. 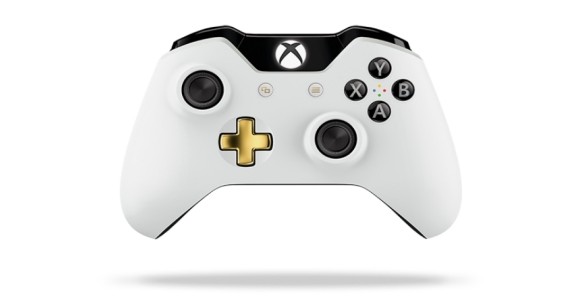 The Windows 10 wireless Xbox One adapter does have some perks. In addition to working with the newer and slightly nicer gamepads from the Xbox One, it supports an audio stream over each controller via the controller's headset connector. But really, for the purposes of Steam gaming, any USB controller will do.

While I've been over the moon in love with my HTPC for years, and I liked the Xbox 360, I have been thoroughly unimpressed with my newly purchased Xbox One. Both the new and old UIs are hard to use, it's quite slow relative to my very snappy HTPC, and it has a ton of useless features that I don't care about, like broadcast TV support. About all the Xbox One lets you do is sometimes play next gen games at 1080p without paying $200 or $300 for a fancy video card, and let's face it – the PS4 does that slightly better. If those same games are available on PC, you'll have a better experience streaming them from a gaming PC to either a cheap Steam streaming box, or a generalist HTPC like this one.

The Xbox One and PS4 are effectively plain old PCs, built on:

The golden age of x86 gaming is well upon us. That's why the future of PC gaming is looking brighter every day. We can see it coming true in the solid GPU and idle power improvements in Skylake, riding the inevitable wave of x86 becoming the dominant kind of (non mobile, anyway) gaming for the forseeable future.

The Hugging Will Continue Until Morale Improves