One of my favorite things to play on Verticade, our full size MAME arcade machine, is pinball simulators. There's something about the completely digital simulation of analog gameplay that fascinates me. Plus, it's easy to take five or ten minutes out for a quick game of pinball. No MMORPG time commitment necessary.

Of course, it helps to have the right controls; our SlikStik arcade controller includes the optional pinball kit: two buttons on each side for flipper and nudge, and a single button on the front right for the plunger. It may not sound like much, but as any Guitar Hero fan will tell you, sometimes the controller makes all the difference. There are some obscure pinball controllers out there, but a garden variety keyboard will do in a pinch. 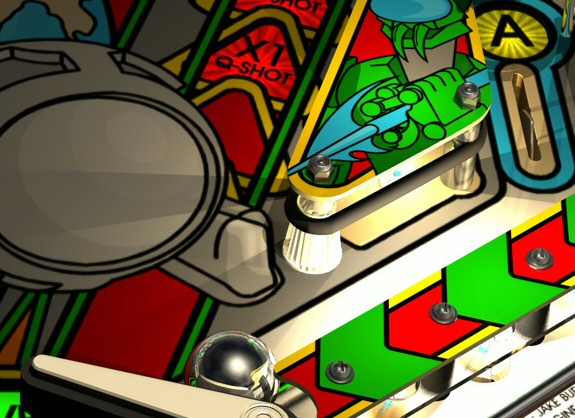 Unfortunately, PC pinball sims are a dying breed. And of the few commercial pinball games that were ever released, only a handful can be considered true simulators, with realistic approximations of the complex newtonian physics at work on a pinball playfield. If you're a fan, here are three pinball sims you definitely shouldn't miss:

I've played most of the tables in the top 25 of the Tower of Pin review rankings, and these three are head and shoulders above the rest. They're all true Windows apps that run fine under Windows XP and Windows Vista, too. Some of the others in the top 10 are old DOS apps that are painful to get running properly, even in DOSBox. Some of these games are fairly old by now, so they can be difficult to find:

The good news is that the community is picking up the slack in commercial pinball sim releases. I'm not really a fan of Visual Pinball, due to the wonky physics and strictly 2D gameplay, but the community around it is vibrant and prolific.

I'm much more excited about Future Pinball, which truly takes pinball sims to the next level-- no more pre-rendered playfields! Future Pinball is essentially an editor which lets you design your own tables in full 3D, and play them in hardware accelerated 3D, too. It comes with one so-so demo table that has a generic alien theme, but there are already a number of excellent community-created tables out there for Future Pinball.

And now we've come completely full circle to my childhood... 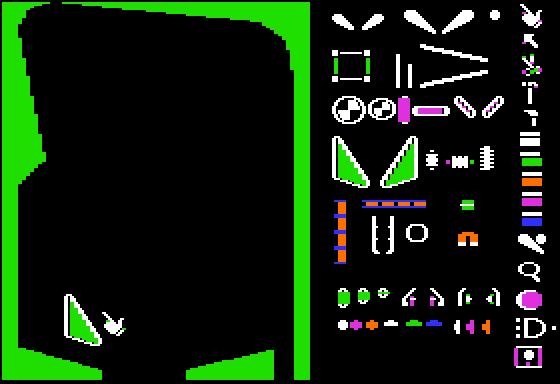 .. and the hours and hours I spent building my own pinball machines in Bill Budge's Pinball Construction Set.