I was desperately trying to avoid the expense of buying a new laptop, but my work-provided Thinkpad T43 just isn't cutting it for me.

The problem with Thinkpads, even the very nice new T60 models, is deeper than the hardware and the classic black box design. Thinkpads are uninspiring. They're the gray flannel suit of the IT industry. Every other attendee at TechEd 2006 was sporting the same old boring corporate issue ThinkPad. Every time I pulled the T43 out of my bag, I felt like I was advertising the fact that I didn't give a damn.

I want something different. Something more interesting. Here's what I'm looking for:

After obsessively searching through all my options, here's what I arrived at:

Asus is the OEM who manufactures Apple's laptops, and it shows: the Asus W3J hits the sweet spot on all my criteria.

The W3J owner's forum on notebook review is full of glowing praise and almost nothing in the way of complaints. 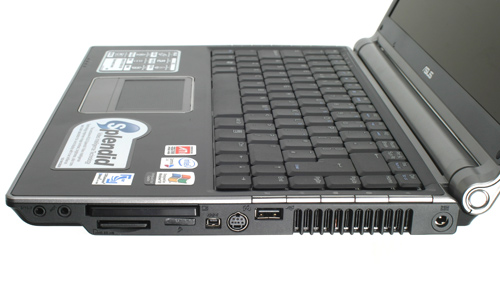 Another bit of good news is that Asus has silently upgraded the specs on the W3J. The vendor I purchased the computer from called me to verify my order, and while he was chatting with me he mentioned that any W3J that ships from the Asus factory in June will have the following spec improvements:

And they throw in a bluetooth mouse to boot. Of course, the first thing I'll be doing is peeling those ridiculous stickers off the machine.