I recently had the opportunity to rebuild my work PC. It strongly resembles the "Little Bang" D.I.Y. system I outlined in my previous post on the philosophy of building your own computer. 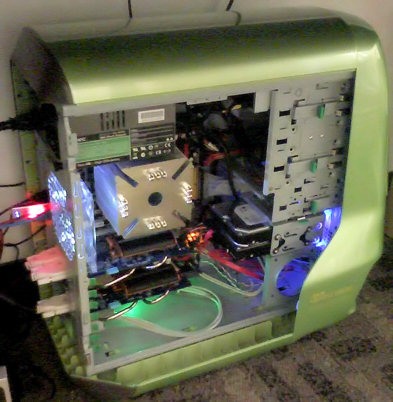 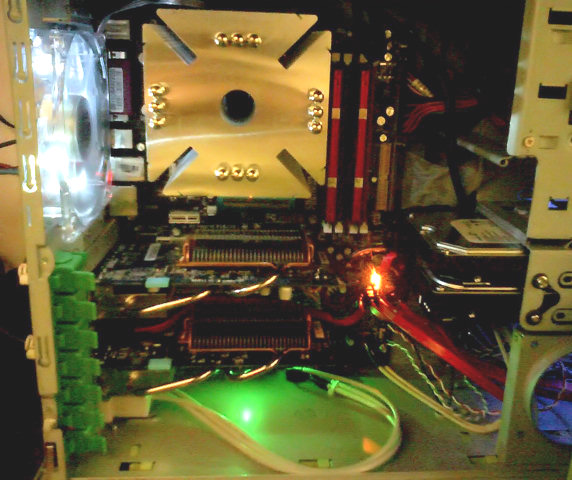 See, I do take my own advice.

Here's a quick breakdown of the components and the rationale behind each. Every aspect of this system has been a blog post at one point or another.

And it's quiet, too. The entire system is cooled by three fans: one 120mm exhaust, the 80mm fan in the power supply, and an optional 80 mm fan I installed in the front of the case to keep hard drive temperatures down. Airflow in the hard drive area is quite limited on the Vento.

One of the advantages of a D.I.Y. system is that you can perform relatively inexpensive upgrades instead of buying an entirely new computer. The most recent one was plopping in the new motherboard/cpu/memory/heatsink combo. With that upgrade, I now have a top of the line dual-core PC running at 3.0 GHz-- and it only cost me $650 to get there.