I was going to post another edition of Gifts for Geeks, as I did in 2006 and 2007, but my heart's just not in it this year. I don't know if it's the global economic apocalypse, or what, but I'm having a hard time mustering the required level of enthusiasm for buying more stuff. There are still some great ideas in the previous year's lists, and honestly it's always fun to window shop if nothing else. But I think this year I'm going for something more modest, more befitting of the barren Road Warrior hellscape that's apparently bearing down on all of us.

I was something of a skeptic on the road to high definition video, but I can point to one series that has completely defined the high definition experience for me, so much so that I think every human being on Earth should see it at least once: the Planet Earth BBC Series. 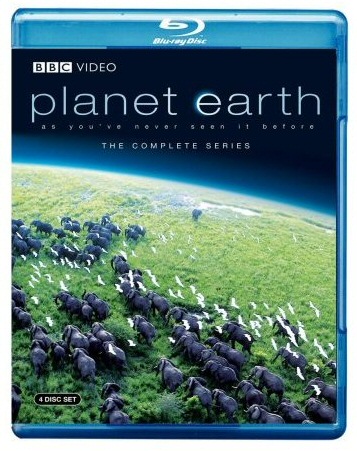 Filmed over five years, at a budget of 25 million dollars, and completely in high definition, the series is nothing less than revelatory. I'm in awe of the footage they captured, imagining how many months they must have spent to filming get a single moment of an Amur Leopard stalking across the siberian taiga, one of the last 30 in the world. And the series is full of moments like that. It's not just a showcase for amazing high definition video, but a riveting view into the life of our planet, too.

As far as I'm concerned, Planet Earth is the definitive high definition experience to date. Needless to say, highly recommended. I actually picked up the now-obsolete HD-DVD version of this series (they're encoded identically in VC-1, AC3), and then ripped it for convenience to my home theater PC, so I don't have to juggle four discs. There is a DVD version as well, but this is a series that demands to be seen in its full high definition glory.

For something a little less highbrow and more geeky, you can't go wrong with Absolutely Mad, a collection of fifty years of Mad magazine, every issue since 1952, on one DVD. 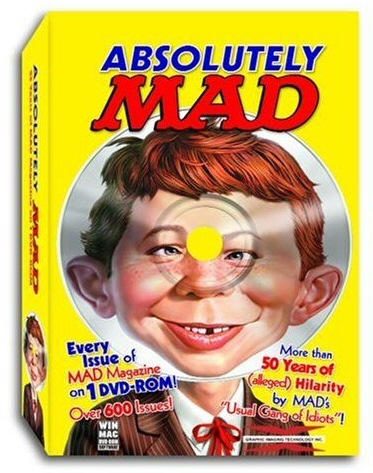 Do you know what famous computer scientist got his start in Mad magazine? No less than Donald Knuth himself, who wrote about the Potrzebie System of Weights and Measures in issue #33. Someone at Google is apparently a fan as well, as Google Calculator offers Potrzebie System conversions:

See? I told you. Geeky. And awesome.

I should also mention that the Absolutely Mad DVD is delightfully free of DRM or crazy custom viewing software. Each issue is a simple, unencumbered PDF file in a folder on the disc. The scans aren't nearly high resolution enough to be a reasonable substitute for the actual issues, or any of the recent full color reproductions. This is probably intentional. But it's more than adequate for browsing on a LCD screen, or, say, a mobile phone or netbook. Still, with 50 years of Mad for thirty measly bucks, it's hard to go wrong. But I am slightly biased -- I still subscribe to Mad. Who knew it took this much work to be stupid?

Hopefully by next year at this time, all this looming economic uncertainty will be behind us, and we'll be free to consume guilt-free once again. And if not, well, at least you can use these two shiny discs to blind your enemies.