Next-Gen DVD: Are Those Additional Pixels Worth Your Money? 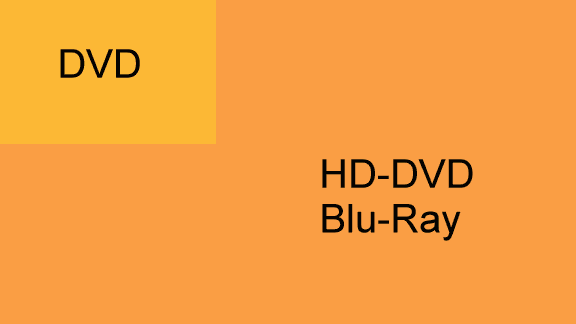 Additional resolution is always welcome, of course. But it's not free. You'll have to purchase a HD-DVD or Blu-Ray player, and a television set capable of displaying the new high definition formats. Then you'll need to either rent or buy features on the new optical media formats, as they become available.

But are those additional pixels worth your money?

Decide for yourself. Consider this detailed comparison of Fellowship of the Ring in both formats. Mouse over each image to see before and after; click the images to see the full-size versions.

Here's a closeup of one particular section to illustrate the difference in fine detail: 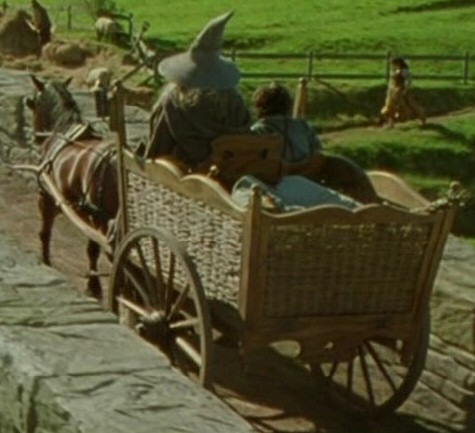 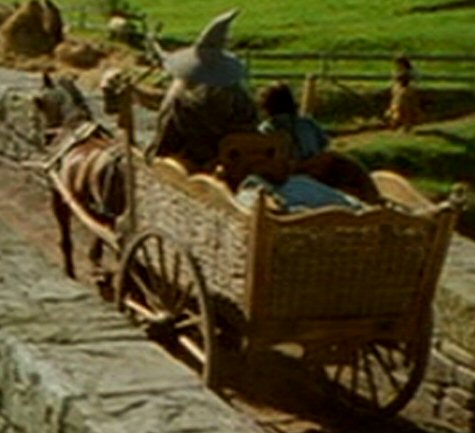 There is more detail, but I'm left wondering how much of that detail I would notice on a 42" display ten feet in front of my couch. Edward Tufte's arguments in favor of information density are for the printed page, which you read less than a foot from your eyes. I don't think the same rules apply to video ten feet or more away. And how, exactly, do we explain the runaway success of YouTube, where video quality is never less than appalling? Clearly, the rules are different for images in motion.

As screens grow in size, you do need more detail. I doubt a DVD would look very good projected on a movie screen in a typical movie theater. But I also think people tend to overestimate how much detail is needed for an image of a given size; witness David Pogue's street experiment:

On the show, we did a test. We blew up a photograph to 16 x 24 inches at a professional photo lab. One print had 13-megapixel resolution; one had 8; the third had 5. Same exact photo, down-rezzed twice, all three printed at the same poster size. I wanted to hang them all on a wall in Times Square and challenge passersby to see if they could tell the difference.

Even the technician at the photo lab told me that I was crazy, that there'd be a huge difference between 5 megapixels and 13.

I'm prepared to give away the punch line of this segment, because hey -- the show doesn't air till February, and you'll have forgotten all about what you read here today, right?

Anyway, we ran the test for about 45 minutes. Dozens of people stopped to take the test; a little crowd gathered. About 95 percent of the volunteers gave up, announcing that there was no possible way to tell the difference, even when mashing their faces right up against the prints. A handful of them attempted guesses -- but were wrong. Only one person correctly ranked the prints in megapixel order, although (a) she was a photography professor, and (b) I believe she just got lucky.

I'm telling you, there was NO DIFFERENCE.

So, by the same logic, are high definition DVD formats a waste of money?

Perhaps. But I've noticed that typical DVD playback pales in comparison to high definition video clips, even when downscaled to the 800x480 of my 42" EDTV plasma. It's a form of supersampling anti-aliasing; higher resolution sources scale better to larger and smaller screens. I don't think you necessarily need a giant screen, or even a particularly high resolution screen, to benefit from the additional source resolution.

Next-gen DVDs offer almost 5 times the resolution of standard DVDs. Despite the math, the practical difference between DVD resolution and next-gen DVD resolution is highly subjective. And it's arguably much less significant than the giant jump we took over the last 10 years to get from standard television resolution to DVD resolution. Have we already reached the point of diminishing returns? Is anyone actually arguing that DVDs don't look good enough? And is the market willing to pay more for higher resolutions?

To make matters worse, the road to next-gen DVD is currently fraught with risks: technological copy-protection pitfalls, additional costs, and an ongoing format war. PCFormat UK writes that both formats reek of exploitation, and offers an apples to apples comparison of DVD, HD-DVD and Blu-Ray stills from the movie Training Day. Judge for yourself.

Although I'll always be a fan of increased resolution, I'm not sure these additional pixels have earned my money yet.

High-Definition Video on the PC