To understand this story, you need to understand that grandchildren are like crack cocaine to grandparents. I'm convinced that if our parents could somehow snort our children up their noses to get a bigger fix, they would. And when your parents live out of state, like ours do, access to the Internet isn't just important. No. It is life threatening.

Like Gator in Jungle Fever, grandparents just gotta get their fix of the grandkids every month. And if they don't, if their Internet is broken for any reason, you're going to get an earful via telegraph and facsimile and registered letter until you fix it. 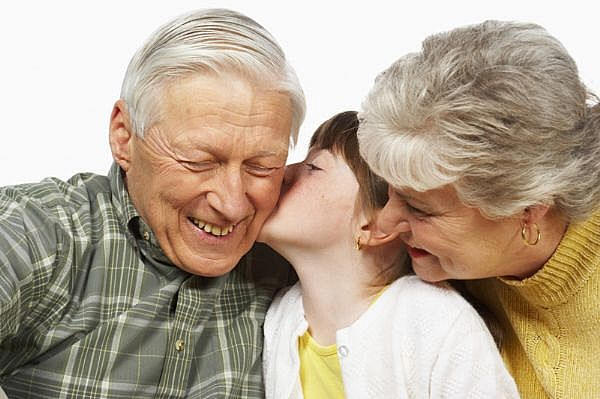 Either way, they're gonna get high. On your kids.

My mom is no exception. So when her computer suddenly stopped working, and she couldn't get updates on her three grandkids, I got frantic calls. Which is odd, because everything had been working fine for a few years now. Once Henry was born in 2009, I set her up with a netbook that had Skype and Firefox set to auto update and she'd been able to video chat with us regularly, no problem at all, since then. So what happened?

My first thought was to hell with it, I'll just buy her a new iPad online via the Apple Store. I'm a big fan of the retina display, and surely the touchy-feely iPad would be more resistant to whatever problem she was having than a netbook, what with its archaic "operating system" and "updates" and "keyboard" and "mouse".

With some urging from my wife (I married well), cooler heads prevailed. What if her problem had nothing to do with the computer, but her Internet connection in some way? Then I'd just be trading one set of problems for another with the iPad. I have no idea how things are set up over there, thousands of miles away. I needed help. Help from a fellow geek who lives nearby and is willing to drive out and assist my poor mom.

My mom doesn't live near where I grew up any more, so I have no friend network there. All I could think of was Geek Squad. I've seen the trucks in our neighborhood, and they've been around a while, so I checked out their website. Maybe they'd work?

When I can buy my mom a new iPad for $399, the idea of paying $299 just to have someone come out and fix her old stuff starts to feel like a really bad idea. But I suppose it's a preview of our disposable computer future, because it's increasingly cheaper to buy a new one than it is to bother fixing the old one. This is the stuff that my friend and iFixit founder Kyle Wiens' nightmares are made of. I'm sorry, Kyle. But it's coming.

I posted my discontent on Twitter, as I am wont to do, and received an interesting recommendation for a site I'd never heard of – Geekatoo.

I was intrigued, first because the site didn't appear to suck which is more than I can say for about half the links I click on, and second because it appealed to my geek instincts. I could post a plea for help for my mom, and a fellow geek, one of my kind who happened to be local, would be willing to head out and assist. I could send out the geek bat-signal! But I was still skeptical. My mom lives in Charlotte, North Carolina which, while not exactly the sticks, isn't necessarily a big tech hub city, either. I figured I had nothing to lose at this point, so I posted the request titled "Mom Needs Tech Support" with the info I had.

Much to my surprise, I got two great bids within 24 hours, geeks with good credentials, and I picked the first one. The estimate was two hours for $45, and he was on-site helping my mom within 2 days from the time I posted. 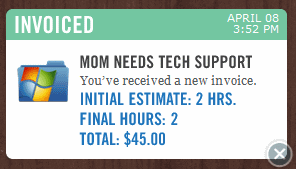 It turns out that my wife's intuition was correct: the cable internet installer had inexplicably decided to connect my mother's computer to a neighbor's wireless, instead of setting up a WiFi access point for her. So when that neighbor moved away, calamity ensued.

And the results? Well, I think they speak for themselves. 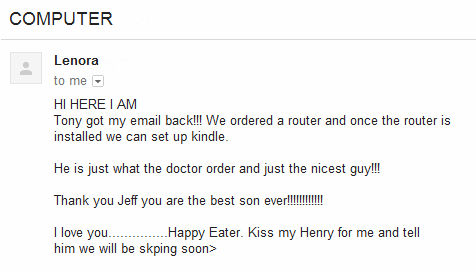 My mom, as usual, exaggerates about her only son. I am far, far from the best son ever. But any website that can make me look like a hero to my mom, and keep my fellow Super User geeks gainfully employed doing superhero work on my behalf gets a huge thumbs up from me.

Needless to say, strongly recommended. If you need reliable local tech support that won't break the bank, and you want to support both your family and your local geek community at the same time, check out Geekatoo.