How often do you check your email per day?

Does checking your email make you more productive or less productive?

Oh, sure, we delude ourselves into thinking we're being extra-productive by obsessively checking and responding to our email, but in reality we're attending too frequently to our own desire for gratification and sabotaging our own productivity in the process.

As Dan Ariely explains in a postscript to Predictably Irrational, he smells a rat, and so should you:

Skinner distinguished between fixed-ratio schedules of reinforcement and variable-ratio schedules of reinforcement. Under a fixed schedule, a rat received a reward of food after it pressed the lever a fixed number of times -- say 100 times. Under the variable schedule, the rat earned a food pellet after it pressed the lever a random number of times. Sometimes it would receive the food pellet after pressing 10 times, and sometimes after pressing 200 times.

If this reminds you of gambling, that's because gambling explicitly works under the very same schedule of variable reinforcement. 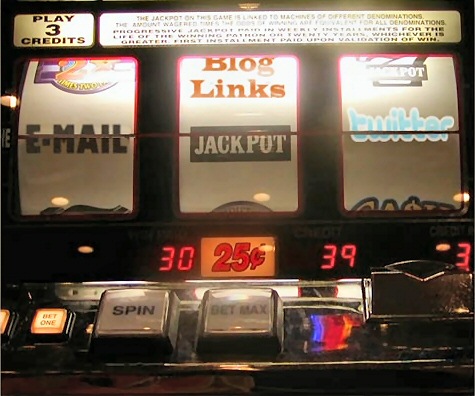 Go ahead, pull the "new email' lever. Take a chance. Most of the time you'll end up a loser, the proud recipient of yet another spam email, a press release you don't care about, or some irrelevant conversation someone has cc:ed you into. But not always. There are those rare few times when you'll hit the jackpot: you'll get an important bit of information you needed, or tentative contact from a long lost friend or associate, or other good news.

We're so ecstatic to get that single useful email out of hundreds that we can't keep ourselves from compulsively pressing the new email lever over and over and over, hoping it will happen again soon, like the caged rats in Skinners' experiments.

We desperately need to ask ourselves, and those around us, to revisit the purpose of email. Given what we know about the importance of flow to productive work, and how multi-tasking is largely a myth, is it worth the constant stream of minor interruptions?

We've overloaded email with so many meanings that it has imploded as a communication medium. Need an urgent answer to your question within a few minutes? Fire off a quick email and demand a response! Want to have a long back and forth discussion with several people? Email everyone! Do you have a new theory that you desperately want to explain to someone? Send it to them via email! Got a funny joke or picture you're dying to share? Email it to the office alias!

When we treat email as the kitchen sink of communication, appropriate for everything, it simply ceases to work at all.

Kathy Sierra was concerned that Twitter had the same variable reinforcement problem, but I think Twitter is in fact part of the answer to the problem.

Instead of abusing email as a "one size fits all" conduit for communication, be smart. Know when to escalate your communication to the right medium for the particular message you're trying to deliver:

The real solution here is to move people beyond email silos wherever and whenever possible. Some amount of email is still inevitable, though. What steps can we take to turn our email from a dangerous variable reinforcement machine to something more Ã¢â‚¬Â¦ sane? Predictable, even?

Before you send that next email -- or press the "retrieve mail" button again -- ask yourself: do I smell a rat?

9 Ways Marketing Weasels Will Try to Manipulate You