9 Ways Marketing Weasels Will Try to Manipulate You 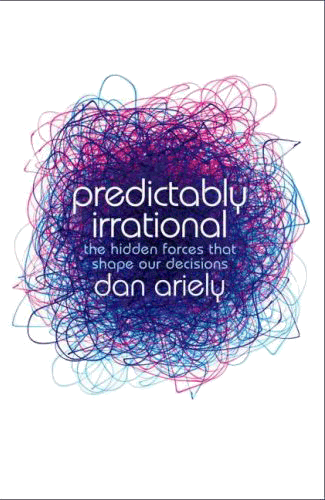 It's a fascinating examination of why human beings are wired and conditioned to react irrationally. We human beings are a selfish bunch, so it's all the more surprising to see how easily we can be manipulated to behave in ways that run counter to our own self-interest.

This isn't just a "gee-whiz" observation; understanding how and why we behave irrationally is important. If you don't understand how these irrational behaviors are triggered, the marketing weasels will use them against you.

In fact, it's already happening. Witness 10 Irrational Human Behaviors and How to Leverage Them to Improve Web Marketing. Don't say I didn't warn you.

Let's take a look at the various excerpts presented in that article, and consider how we can avoid falling into the rut of predictably irrational behavior – and defend ourselves from those vicious marketing weasels.

When Williams-Sonoma introduced bread machines, sales were slow. When they added a "deluxe" version that was 50% more expensive, they started flying off the shelves; the first bread machine now appeared to be a bargain

Savador Assael, the Pearl King, single-handedly created the market for black pearls, which were unknown in the industry before 1973. His first attempt to market the pearls was an utter failure; he didn't sell a single pearl. So he went to his friend, Harry Winston, and had Winston put them in the window of his 5th Avenue store with an outrageous price tag attached. Then he ran full page ads in glossy magazines with black pearls next to diamonds, rubies, and emeralds. Soon, black pearls were considered precious.

According to standard economic theory, the price reduction shouldn't have lead to any behavior change, but it did.

Ariely's theory is that for normal transactions, we consider both upside and downside. But when something is free, we forget about the downside. "Free" makes us perceive what is being offered as immensely more valuable than it really is. Humans are loss-averse; when considering a normal purchase, loss-aversion comes into play. But when an item is free, there is no visible possibility of loss

Ariely conducted an experiment on his class. Students were required to write three papers. Ariely asked the first group to commit to dates by which they would turn in each paper. Late papers would be penalized 1% per day. There was no penalty for turning papers in early. The logical response is to commit to turning all three papers in on the last day of class. The second group was given no deadlines; all three papers were due in the last day of class. The third group was directed to turn their papers in on the 4th, 8th, and 12th weeks.

Ariely and Carmon conducted an experiment on Duke students, who sleep out for weeks to get basketball tickets; even those who sleep out are still subjected to a lottery at the end. Some students get tickets, some don't. The students who didn't get tickets told Ariely that they'd be willing to pay up to $170 for tickets. The students who did get the tickets told Ariely that they wouldn't accept less than $2,400 for their tickets.

There are three fundamental quirks of human nature. We fall in love with what we already have. We focus on what we might lose, rather than what we might gain. We assume that other people will see the transaction from the same perspective as we do.

7. Capitalize on our Aversion to Loss

Ariely and Shin conducted an experiment on MIT students. They devised a computer game which offered players three doors: Red, Blue, and Green. You started with 100 clicks. You clicked to enter a room. Once in a room, each click netted you between 1-10 cents. You could also switch rooms (at the cost of a click). The rooms were programmed to provide different levels of rewards (there was variation within each room's payoffs, but it was pretty easy to tell which one provided the best payout).

Players tended to try all three rooms, figure out which one had the highest payout, and then spend all their time there. (These are MIT students we're talking about). Then, however, Ariely introduced a new wrinkle: Any door left unvisited for 12 clicks would disappear forever. With each click, the unclicked doors shrank by 1/12th.

Now, players jumped from door to door, trying to keep their options open.They made 15% less money; in fact, by choosing any of the doors and sticking with it, they could have made more money.

Ariely increased the cost of opening a door to 3 cents; no change–players still seemed compelled to keeping their options open. Ariely told participants the exact monetary payoff of each door; no change. Ariely allowed participants as many practice runs as they wanted before the actual experiment; no change. Ariely changed the rules so that any door could be "reincarnated" with a single click; no change.

Players just couldn't tolerate the idea of the loss, and so they did whatever was necessary to prevent their doors from closing, even though disappearance had no real consequences and could be easily reversed. We feel compelled to preserve options, even at great expense, even when it doesn't make sense.

Ariely, Lee, and Frederick conducted yet another experiment on MIT students. They let students taste two different beers, and then choose to get a free pint of one of the brews. Brew A was Budweiser. Brew B was Budweiser, plus 2 drops of balsamic vinegar per ounce.

Ariely, Waber, Shiv, and Carmon made up a fake painkiller, Veladone-Rx. An attractive woman in a business suit (with a faint Russian accent) told subjects that 92% of patients receiving VR reported significant pain relief in 10 minutes, with relief lasting up to 8 hours.

What I learned from Predictably Irrational is that everyone is irrational sometimes, and that's OK. We're not perfectly logical Vulcans, after all. The trick is training yourself to know when you're most likely to make irrational choices, and to resist those impulses.

If you aren't at least aware of our sad, irrational human condition, well … that's exactly where the marketing weasels want you.

If It Looks Corporate, Change It