While I've always practiced reasonable email hygiene, for the last 6 months I've been in near-constant email bankruptcy mode. This concerns me.

Yes, it's partly my fault for being a world champion procrastinator, but I'm not sure it's entirely my fault. There are forces at work here, factors that easily outstrip the efforts of any one measly human being, no matter how tenacious and dogged. Or, as in my case, no matter how lazy.

Email is such a funny thing. People hand you these single little messages that are no heavier than a river pebble. 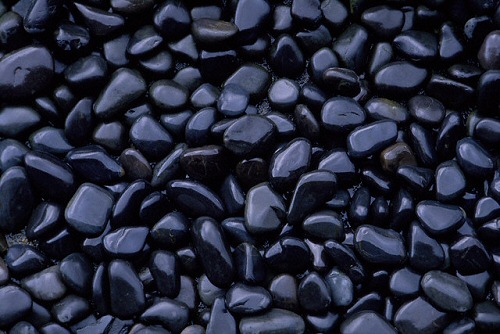 But it doesn't take long until you have acquired a pile of pebbles that's taller than you and heavier than you could ever hope to move, even if you wanted to do it over a few dozen trips. For the person who took the time to hand you their pebble, it seems outrageous that you can't handle that one tiny thing. "What 'pile'? It's just a f**ing pebble!"

The underlying problem is that individual human beings don't scale.

The net number of requests for my attention exceeds my ability to provide that attention by at least an order of magnitude. And the disparity around my ability to thoughtfully respond to my pile may be ten or more times worse still. The scale is insanely out of whack.

Email is certainly the backbone of the information economy, but it's also fundamentally and perhaps even fatally flawed. Tantek elik captured my thoughts perfectly with this post:

Last year when I posted The Three Hypotheses, they helped me explain why I found email so much less useful/usable than instant messaging (IM) and Twitter. Since then, I find that while I can keep up with more people contacting me over IM and following more people on Twitter, email has simply become less and less usable. But not for reasons of interface; I'm using the email application now as I was a year ago.

I'm probably responding to less than 1 in 10 emails that are sent directly to me, and even fewer that were sent to a set of people or a list. The usability of email for me has deteriorated so much that I exclaimed on Twitter: EMAIL shall henceforth be known as EFAIL.

The blanket equation of email with failure is strong language indeed, but it's a serious problem. The intrinsically low effort-to-reward ratio of private email is not necessarily a new idea; as I said in When In Doubt, Make It Public, it's almost never in anyone's best interest to keep their communications locked into private silos of any kind, email or otherwise. Why answer one person's email directly when I could potentially answer a thousand different people's email with a single blog post?

I urge you to read the full text of Tantek's article. He cuts to the heart of the email problem: size, in both the mental and physical dimensions.

Email requires more of an interface cognitive load tax than instant messaging. People naturally put much more into an email, perhaps in an unconscious effort to amortize that email interface tax overhead across more content. People feel that since they are already "bothering" to write an email, they might as well take the time to go into all kinds of detail, perhaps even adding a few more things that they're thinking about.

Such natural message bloat places additional load on the recipient, both in terms of the raw length of the message, and in terms of the depth and variety of topics covered in the email. This results in a direct increase in processing time per email, making it even harder for people to process and respond. I know I've let numerous emails grow stale because there were simply too many different things in the email that required a response. I didn't want to send a response without responding to everything in the email because then I would inevitably receive yet another email response without being able to file the original as being processed and thus have the situation worsen!

So if you've emailed me, and I haven't responded in a timely fashion, I apologize. I know it may sound crazy, but I've been desperately clawing my way out from under this mountain of pebbles.

p.s. Email me if you agree with this.

Can You Really Rent a Coder?