The Nexus 7 is excellent, the Nexus 10 looks fantastic, I can't wait to get my hands on the twice-as-fast iPad 4, the new Chromebooks are finally decent and priced right, and then there's the Microsoft Surface RT. In short, it is a fantastic time to be a computer nerd. 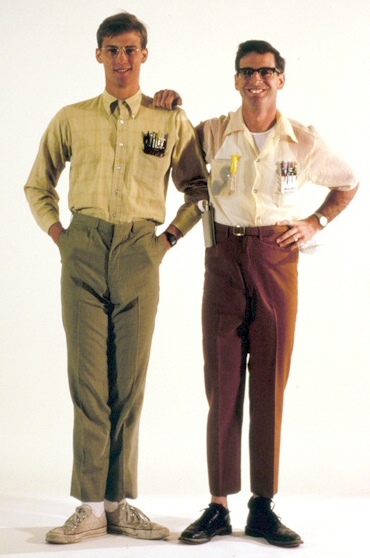 I love computers, always have, always will. My strategy with new computing devices is simple: I buy 'em all, then try living with them. The devices that fall away from me over time – the ones that gather dust, or that I forget about – are the ones I eventually get rid of. So long, Kindle Fire! I knew that the Nexus 7 was really working for me when I gave mine to my father as a spontaneous gift while he was visiting, then missed it sorely when waiting for the replacement to arrive.

As I use these devices, I've grown more and more sold on the idea that touch is going to dominate the next era of computing. This reductionism is inevitable and part of the natural evolution of computers. Remove the mouse. Remove the keyboard. Remove the monitor. Reducing a computer to its absolute minumum leads us inexorably, inevitably to the tablet (or, if a bit smaller, the phone). All you're left with is a flat, featureless slate that invites you to touch it. Welcome to the future, here's your … rectangle. 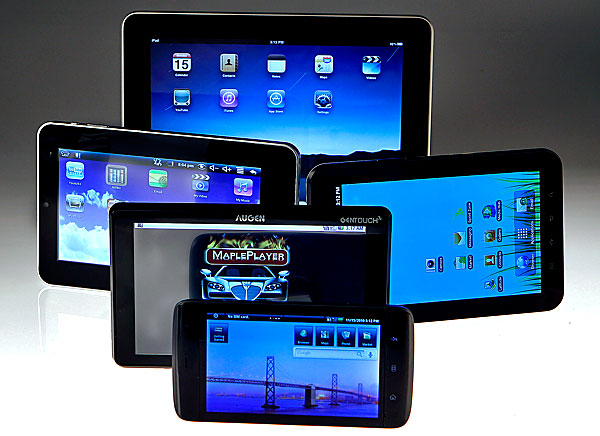 I've stopped thinking of touch as some exotic, add-in technology contained in specialized devices. I belatedly realized that I love to touch computers. And why not? We constantly point and gesture at everything in our lives, including our screens. It's completely natural to want to interact with computers by touching them. That's why the more unfortunate among us have displays covered in filthy fingerprints.

Although I love my touch devices, one thing I've noticed is that they are a major disincentive to writing actual paragraphs. On screen keyboards get the job done, but if I have to scrawl more than a Twitter length reply to someone on a tablet or phone, it's so much effort that I just avoid doing it altogether, postponing indefinitely until I can be in front of a keyboard. By the time that happens I've probably forgotten what I wanted to say in the first place, or that I even needed to reply at all. Multiply that by millions or billions, and you have a whole generation technologically locked into a backwater of minimal communication. Yelp, for example, does not allow posting reviews from their mobile app because when they did, all they got was LOL OMG raspberry poop Emoji.

It's not good. In fact, it's a little scary. I realize that there are plenty of ways of creating content that don't involve writing, but writing is pretty damn fundamental to communication and civilization as we know it. Anything that adds a significant barrier to the act of placing words on a page is kind of dangerous – and a major regression from the world where every computer had a keyboard in front of it, inviting people to write and communicate with each other. So the idea that billions of people in the future will be staring at touchscreen computers, Instagramming and fingerpainting their thoughts to each other, leaves me with deeply mixed feelings. As Joey Hess said:

If it doesn't have a keyboard, I feel that my thoughts are being forced out through a straw.

When I pre-ordered the Microsoft Surface RT, I wasn't expecting much. This is a version one device from a company that has never built a computer before, running a brand new and controversial operating system. On paper, it doesn't seem like a significant change from all the other tablets on the market, and its primary differentiating feature – the touch keyboard – can be viewed as merely flipping a regular laptop over, so the "fat" side is on the display rather than the keyboard.

Reviewers think Surface is intended to be a tablet killer, but it isn't. It's a laptop killer. After living with the Surface RT for a few days now, I'm convinced that this form factor is the replacement and way forward for the stagnant laptop. I can't even remember the last time I was this excited about a computer. The more I use it, the more I think that touch plus keyboard is the future of all laptops.

How wonderful it is to flip open the Surface and quickly type a 4 paragraph email response when I need to. How wonderful it is to browse the web and touch whatever I want to. And switching between the two modes of interaction – sometimes typing, sometimes touching – is completely natural. Remember when I talked about two-fisted computing, referring to the mouse and keyboard working in harmony? With Surface, I found that also applies to touch. In spades. 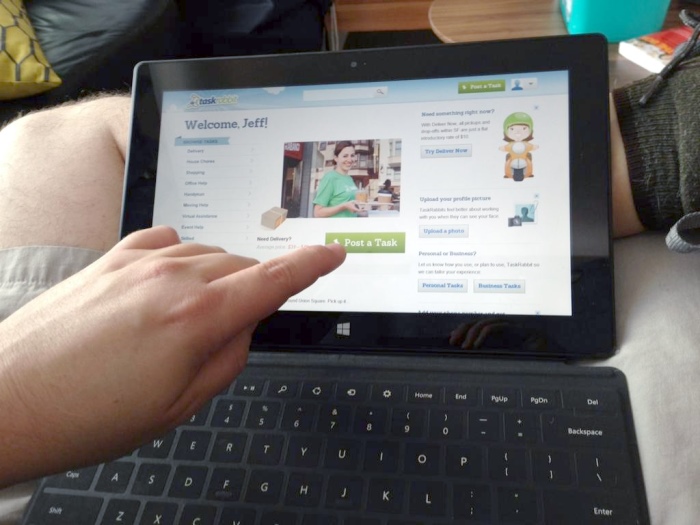 This isn't a review, per se, but let me get into a few specifics:

Notice how the 2010 iPad 1 is already obsolete? Expect the same thing with the Surface RT. It's a fascinating glimpse into the future, but it'll be totally utterly obsolete in 2 years. Do not buy this device expecting longevity. Buy it because you want to see tomorrow today.

The received wisdom about touchscreen interaction with computers was that it didn't work. That you'd get "gorilla arm". That's why we had to have special tablet devices. But Surface proves that's not true; typing and touching are spectacularly compatible, at least for laptops. And I'm beginning to wonder about my desktop a little, because lately I'm starting to I think I wanna touch that, too.

The Future of Markdown