I woke up a few days ago and realized I was still carrying the same 32 GB USB flash drive on my keychain that I purchased in 2010. I thought to myself, this is an unacceptable state of affairs. Totally. Unacceptable.

It's been few years since I seriously looked at USB drive performance. Premium USB flash drives typically eke out about 10-20 MB per second, strongly favoring reads, but I've recently purchased a number of inexpensive 4 GB USB drives that barely got to 4 MB per second. That's OK, since they were only intended as cheap floppy drive CD and DVD replacements. Based on that experience, I wasn't expecting much improvement in the status quo.

USB 3.0 is finally becoming somewhat prevalent on PCs and Macs, so I figured I'd:

I checked around and the Patriot Supersonic series gets good reviews. The price seemed about right at $75 for a 64 GB device. So I bought one. I plugged it in to one of the USB 3.0 ports on my PC and … 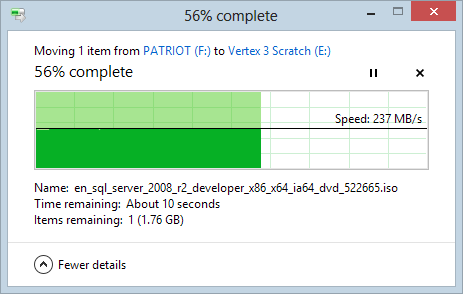 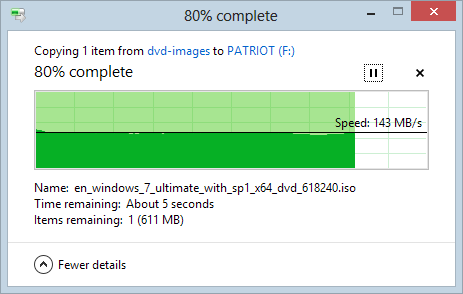 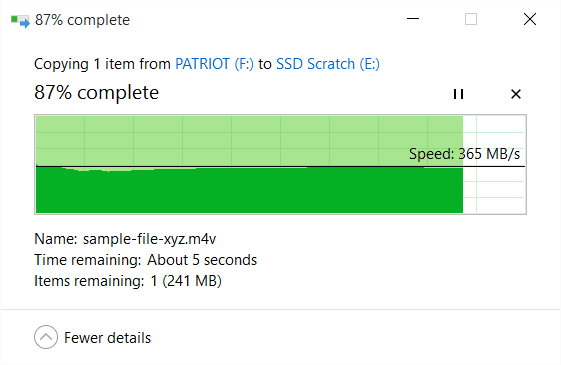 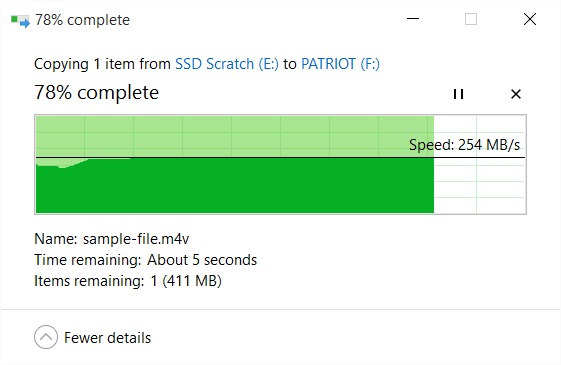 Needless to say, this thing handily saturates a USB 2.0 connection at around 27 - 30 MB/sec — but plug it into one of those blue USB 3.0 ports on newer Macs or PCs and prepare to feel like the "blown away" guy in the Maxell ad.

I haven't run a full set of benchmarks on this guy, but the only downside I've noticed so far is that it is a bit chunkier in width than my previous USB flash drive. It might be a bit more to carry, and might not fit some USB ports depending on what's adjacent. 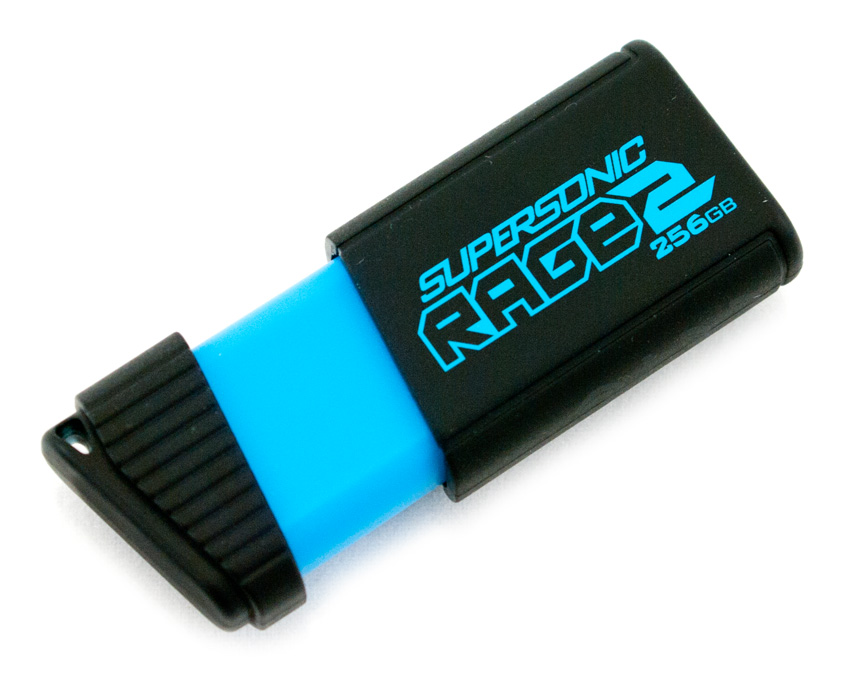 Now I feel like a total dork for continuing to carry around a 2010 era flash drive that I thought had decent performance at 20 MB/sec. Forget that noise. Now we can darn near carry pocket solid state hard drives on our keychains! Nobody told me, man!

So now I'm telling you. Enjoy.