The Dan Ariely books Predictably Irrational and The Upside of Irrationality profoundly influenced the way I design my massively multiplayer typing games. These books offer science in the small about human behavior, and stark insights into user behavior — and by that I mean our own behavior. 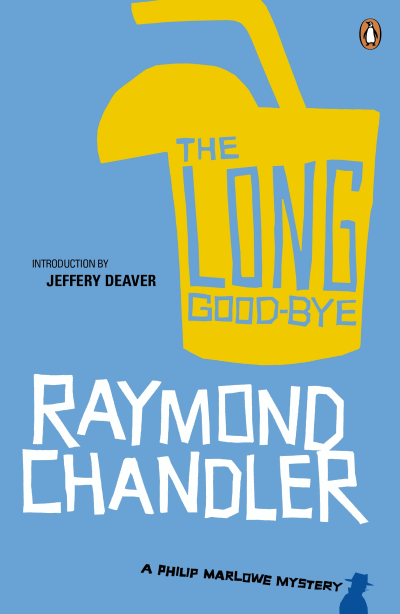 All detectives are by definition students of human nature. As the famous fictional detective Philip Marlowe is fond of noting:

There is no trap so deadly as the trap you set for yourself.

We're born pretty darn great at lying to ourselves, and we get progressively better and better at it the older we become. In software development terms, every user lies.

We become experts at lying to ourselves to avoid being functionally crippled on a daily basis by the ongoing fears that:

Thus, lying to yourself is part of the human condition. Otherwise nobody would be able to get out of bed in the morning.

However, if you have daily internal struggles with self doubt and indecision, you are almost certainly not going to achieve your mission, whatever it may be. I have found that, to a disturbing degree in this world, you have to believe your own hype to succeed.

Unfortunately, this is something that men are better than women at.

And it looks to me like women in general, and the women whose educations I am responsible for in particular, are often lousy at those kinds of behaviors, even when the situation calls for it. They aren’t just bad at behaving like arrogant self-aggrandizing jerks. They are bad at behaving like self-promoting narcissists, anti-social obsessives, or pompous blowhards, even a little bit, even temporarily, even when it would be in their best interests to do so. Whatever bad things you can say about those behaviors, you can’t say they are underrepresented among people who have changed the world.

So how exactly do you suppress your self doubt without eventually becoming an overbearing, axe-grinding … male … zealot? Or, even worse, a character from The Wolf of Wall Street?

One of the odder asides in The Upside of Irrationality is about the 1995 movie First Knight. Which is quite frankly terrible. Don't see it. I'm not even going to link to it. But you should watch the first few minutes of this particular swordfight scene that Ariely highlights:

Mark: How did you do that? How did he do that? Was that a trick?

Lancelot: No. No trick. It's the way I fight.

Lancelot: You have to study your opponent, how he moves, so you know what he's going to do before he does it.

Mark: I can do that.

Mark: I can do that.

Lancelot: And you have to not care whether you live or die.

The way Lancelot motivates himself to get past self-doubt in combat is not to care whether he lives or dies.

Lancelot fights better than anyone else because he found a way to bring the stress of the situation to zero. If he doesn’t care whether he lives or dies, nothing rides on his performance. He doesn’t worry about living past the end of the fight, so nothing clouds his mind and affects his abilities — he is pure concentration and skill.

The opinions of other people matter, but they are the traps we set for ourselves. To get past our collective prison of self doubt – am I doing the right thing? Do I even know what the right thing is any more? – concentrate on the daily routine of doing what you enjoy, what you believe in, what you find intrinsically satisfying.

This is what your life is: whatever it is you get up to do every single day. Stop stressing out about the long term stuff and focus on improving that, and you too might eventually find you don't want to live forever.