Heidi Adkisson notes that features sell products, but the people buying those products often don't use the very features they bought the product for in the first place.

A few years ago I did an extensive in-home study observing use of a particular computer hardware peripheral. Most people had high-end models with many features. But in my observation of use, only one "power user" went beyond using anything but the core, basic features. These people had paid a premium for features they didn't use. However, when describing their purchase experience, it was clear they aspired to using these features and sincerely intended to. But, once the product was out of the box, the paradox of the active user took over. They never invested even the smallest amount of time to go beyond the basics (even though the extra features could have saved them time).

In my experience it's people's aspiration for the experience that drives purchasing decisions. Ultimately, their aspirations may be different than the reality.

That disparity is why it's so important to observe how users actually behave versus the way they tell you they behave. People who do this professionally are called "economists". Observation is a powerful skill, and so is learning to disregard what people tell you in favor of judging them by their actions. No actions are more carefully considered than those that result in money flowing out of your pocket. That's why you owe it to yourself to read books like Freakonomics, and maybe even The Economist magazine. It's also why the Freakonomics blog should be a part of your regular reading routine if it isn't already.

People lie not because they're all evil liars (although a few inevitably will be), but because they're usually lying to themselves in some way. Some lies are useful. Small social "white" lies grease the skids of social reality. Penetrating this veil of lies and intentions is one of the central themes of the excellent television show House, M.D. : 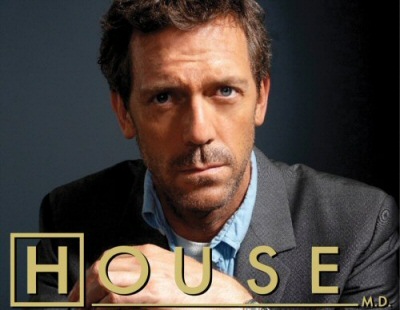 The show plays up subtle connections between the House character and Sherlock Holmes, which is appropriate, because it's very much a detective show at heart. The character Gregory House, as played by the brilliant Hugh Laurie, is fond of stating "Everybody lies." Parsing through all the irrational human behavior, and the inevitable lies – white or otherwise – makes for a gripping detective story indeed when lives are at stake.

Heidi referenced the Paradox of the Active User (pdf), which has been around as a concept since 1987. I highly recommend reading the original paper, but if you don't have time, Jakob Nielsen summarizes:

Users never read manuals but start using the software immediately. They are motivated to get started and to get their immediate task done: they don't care about the system as such and don't want to spend time up front on getting established, set up, or going through learning packages.

The "paradox of the active user" is a paradox because users would save time in the long term by learning more about the system. But that's not how people behave in the real world, so we cannot allow engineers to build products for an idealized rational user when real humans are irrational. We must design for the way users actually behave.

There are a bunch of ways to restate the paradox of the active user. Cooper calls it perpetual intermediacy. I think the easiest way to explain it is this: every user lies. Instead of asking users if they love your software – of course they love your software, it'd be rude to tell the people responsible just how mind-numbingly awful it really is – do what Gregory House does. Observe whether or not they use the software, and how they use it. Rely on that behavioral data to design your software, and not the lies of your users, however well intentioned they may be.

Get Your Database Under Version Control