The original iPhone was for suckers hard-core gadget enthusiasts only. But as I predicted, 12 months later, the iPhone 3G rectified all the shortcomings of the first version. And now, with the iPhone 3GS, we've reached the mythical third version:

The platform is now so compelling and polished that even I took the plunge. For context, this is the first Apple product I've owned since 1984. Literally.

I am largely ambivalent towards Apple, but it's impossible to be ambivalent about the iPhone -- and in particular, the latest and greatest iPhone 3GS. It is the Pentium to the 486 of the iPhone 3G. A landmark, genre-defining product, no longer a mere smartphone but an honest to God fully capable, no-compromises computer in the palm of your hand.

Here's how far I am willing to go: I believe the iPhone will ultimately be judged a more important product than the original Apple Macintosh. 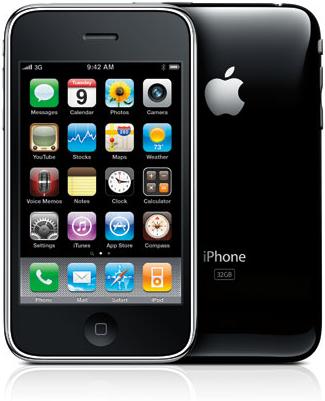 Yes, I am dead serious. Just check back here in fifteen to twenty years to see if I was right. (Hint: I will be.)

There's always been a weird tension in Apple's computer designs, because they attempt to control every nuance of the entire experience from end to end. For the best Appletm experience, you run custom Appletm applications on artfully designed Appletm hardware dongles. That's fundamentally at odds with the classic hacker mentality that birthed the general purpose computer. You can see it in the wild west, anything goes Linux ecosystem. You can even see it in the Wintel axis of evil, where a million motley mixtures of hardware, software, and operating system variants are allowed to bloom, like little beige stickered flowers, for a price.

But a cell phone? It's a closed ecosystem, by definition, running on a proprietary network. By a status quo of incompetent megacorporations who wouldn't know user friendliness or good design if it ran up behind them and bit them in the rear end of their expensive, tailored suits. All those things that bugged me about Apple's computers are utter non-issues in the phone market. Proprietary handset? So is every other handset. Locked in to a single vendor? Everyone signs a multi-year contract. One company controlling your entire experience? That's how it's always been done. Nokia, Sony/Ericsson, Microsoft, RIM -- these guys clearly had no idea what they were in for when Apple set their sights on the cell phone market -- a market that is a nearly perfect match to Apple's strengths.

Apple was born to make a kick-ass phone. And with the lead they have, I predict they will dominate the market for years to come.

Consider all the myriad devices that the iPhone 3GS can sub for, and in some cases, outright replace:

Oh yeah, and I heard you can make phone calls with it, too. Like any general purpose computer, it's a jack of all trades.

As impressive as the new hardware is, the software story is even bigger. If you're a software developer, the iPhone can become a career changing device, all thanks to one little teeny-tiny icon on the iPhone home screen: 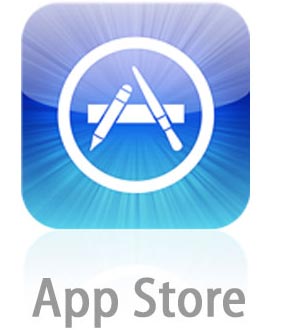 The App Store makes it brainlessly easy to install, upgrade, and purchase new applications. But more importantly, any software developer -- at the mild entry cost of owning a Mac, and signing up for the $99 iPhone Developer Program -- can build an app and sell it to the worldwide audience of iPhone users. Apple makes this stuff look easy, when historically it has been anything but. How many successful garage developers do you know for Nintendo DS? For the Motorola Razr? For Palm? For Windows Mobile?

Apple has never been particularly great at supporting software developers, but I have to give them their due: with the iPhone developer program, they've changed the game. Nowhere is this more evident than in software pricing. I went on a software buying spree when I picked up my iPhone 3GS, ending up with almost three pages of new applications from the App Store. I was a little worried that I might rack up a substantial bill, but how can I resist when cool stuff like ports of the classic Amiga Pinball Dreams are available, or the historic Guru Meditation? The list of useful (and useless) apps is almost endless, and growing every day.

My total bill for 3 screens worth of great iPhone software applications? About fifty bucks. I've paid more than that for Xbox 360 games I ended up playing for a total of maybe three hours! About half of the apps were free, and the rest were a few bucks. I think the most I paid was $9.99, and that was for an entire library. What's revolutionary here isn't just the development ecosystem, but the economics that support it, too. At these crazy low prices, why not fill your phone with cool and useful apps? You might wonder if developers can really make a living selling apps that only cost 99 cents. Sure you can, if you sell hundreds of thousands of copies:

Freeverse, one of the leading developers and publishers of iPhone games, sold the millionth copy of its Flick Fishing game over the weekend, making Flick Fishing the first paid application to reach the one million download milestone. Flick Fishing, which costs 99 cents, allows iPhone and iPod touch users to take a virtual fishing trip with the flick of a wrist. The game uses the iPhone's accelerometer to recreate a casting motion, then a combination of bait choice and fishing skill helps players land the big fish.

Preliminary weekly reports for the period from 23 March to 19 April indicate that Flight Control sold a total of 587,485 units during this time. We estimate total sales are now over 700,000 units, with the bulk of sales occurring in a 3 week period. Flight Control

That's an honorable way to get rich programming, and a nice business alternative to the dog-eat-dog world of advertising subsidized apps.

I love nothing more than supporting my fellow software developers by voting with my wallet. it does my heart good to see so many indie and garage developers making it big on the iPhone. (Also, I'm a sucker for physics games, and there are a bunch of great ones available in the App Store). I'm more than happy to pitch in a few bucks every month for a great new iPhone app.

If this has all come across as too rah-rah, too uncritical a view of the iPhone, I apologize. There are certainly things to be critical about, such as the App Store's weird enforcement policies, the lack of support for emulators, or Flash, or anything else that might somehow undermine the platform as decided in some paranoid, secretive Apple back room. Not that we'd ever hear about it.

I didn't write this to kiss Apple's ass. I wrote this because I truly feel that the iPhone is a key inflection point in software development. We will look back on this as the time when "software" stopped being something that geeks buy (or worse, bootleg), and started being something that everyone buys, every day. You'd have to be a jaded developer indeed not to find something magical and transformative in this formula, and although others will clearly follow, the iPhone is leading the way.

"There's an app for that." Kudos, Apple. From the bottom of my hoary old software developer heart.

Scaling Up vs. Scaling Out: Hidden Costs