When I wrote that the Mac Mini was an underpowered, expensive box at the beginning of 2005, I had no idea that Apple would do something wonderful to fix this: switch to Intel x86 CPUs.

I guess Apple has conveniently forgotten that whole "supercomputer on a chip" marketing campaign for the G4 processor:

Apple has been promoting the G4 as the world's first "supercomputer on a chip," noting it can process data in 128-bit chunks - double the speed of most traditional computers. Apple officials claim the chip is nearly three times faster than the 600MHz Pentium III chip manufactured by rival Intel Corp.

Today's modern Macs are powered by Intel Core Duo CPUs. And according to Apple, they run nearly five times faster than the G4 models they replace. 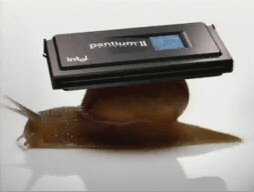 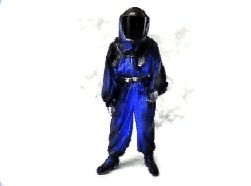 But no matter. Forget the reality distortion field advertising. Forget the fact that Apple just obsoleted their entire PC line overnight. Again. The important thing is that the new Apple models really are as fast as PCs-- because they are PCs.

Although John Gruber's overbearing Mac zealotry grates on me, I have to agree with him on one very important point:

But second, look at that quote in the context of Apple's iPod strategy. "At the critical juncture [Ã¢â‚¬Â¦] when they should have gone for market share, they went for profits." Of all the myriad ways that Apple's iPod position today differs from their Macintosh position 20 years ago, perhaps none is greater than this: With the iPod, Apple is going for market share.

iPods are certainly premium products, at least in the greater context of "portable audio players" -- handheld audio tape and CD players typically cost around $20 or $30. Go back in time to early 2001, and I wager you'd have a hard time getting most people to believe that they'll soon be purchasing $300 and $400 handheld music players.

But when compared to other digital music players, iPods are not only competitively priced, they're often cheaper. Today's Apple is very different than the old Apple, but many people still haven't caught on.

I cut my computing teeth on the Apple //, and to a lesser extent, the Macintosh. I can personally attest that these were incredibly expensive machines at the time. But the current crop of x86 Apple laptops are cheaper than nearly every other x86 laptop of equivalent spec. That's amazing.

But don't take my word for it. Core Duo news examines the Macbook Pro:

[The Macbook Pro] is actually $500 cheaper then 17Ã¢â‚¬Â³ Dell XPS1710 with similar configuration. Granted, Apple Macbook doesn't have the latest and greatest nVidia 7900 card. But with the ability to run Windows XP, 17Ã¢â‚¬Â³ Apple Macbook Pro looks like a great choice to replace your old Wintel desktop.

.. and the latest MacBooks:

We already told you that the Intel based high end MacBook Pro was very competitive in price with high end Windows based rivals. So we checked the latest 13.3" MacBook with available PC alternatives. And we weren't disappointed:

If earlier you usually paid premium for Apple's laptops and desktops compared to Wintel PCs of similar performance, now you can get a MacBook cheaper then most of its PC rivals. The Apple MacBook is cheaper as a PC even if you have to purchase standalone Windows XP OS and run it on MacBook via Bootcamp. Is there any reason not to buy a MacBook if you want a highly portable 13" notebook?

I spent quite a bit of time searching for x86 laptops of similar spec and form factor, and there's just no avoiding it: the Apple x86 laptops are a great deal for the price. Sure, you can find a few edge cases where Apple loses, such as the ultraportable category. But the rare few laptops that are comparable in price and specification can't compete with Apple's design chops.

Running Windows on an Apple x86 laptop is relatively easy with Bootcamp, but it still takes some juggling to get a few essential things we take for granted with other x86 laptops, such as proper right-click support, and standard keyboard mappings.

If these kinks get worked out over time-- and I'm sure they will-- my next wintel laptop might just be an Apple.

You may be a victim of software counterfeiting.

Are Recipes for Novices?