Between founding Stack Overflow (and later, running Stack Exchange) and having a child, I haven't had much time to blog about the holidays for a few years now. The last Gifts for Geeks I did was in 2008. Those recommendations are still as valid as ever, but I just couldn't muster the enthusiasm to do it every year.

I've also come to realize, especially after having a child, that the goal in life is not to own a lot of "stuff", but rather, to free yourself from everything except that which is essential, and that which you love.

I'm still working on this, and I probably will be until I die. That said, there are a few essential things I think any self respecting geek should have, things I use all the time and I truly love – and I feel it's my responsibility to let my fellow geeks, and the spouses and significant others of geeks, know about them. Otherwise you might end up with yet another WiFi Detecting Shirt as a gift this year, and that'd just be … sad, for everyone involved. So consider this a public service, and feel free to share this post, lest you show up to work in January and find yourself and all your coworkers wearing Wifi Detecting Shirts.

As I wrote in What's On Your Utility Belt? I've been carrying LED flashlights since 2005, and just in that time the average LED flashlight has gone from bright, to very bright, to amazingly bright, to ridiculously blinding laser-like bright. You can thank Haitz's Law for that:

[Haitz's Law] states that every decade, the cost per lumen (unit of useful light emitted) falls by a factor of 10, the amount of light generated per LED package increases by a factor of 20, for a given wavelength (color) of light. It is considered the LED counterpart to Moore's law, which states that the number of transistors in a given integrated circuit doubles every 18 to 24 months. Both laws rely on the process optimization of the production of semiconductor devices.

Or, as I like to call it, "why you will be regularly blinded by flashlights for the rest of your natural life." But on the plus side, it also means that today even inexpensive LED flashlights are plenty bright for all but the most niche applications. You no longer have to pay a big premium to get one that's usefully bright. LED lights are so awesome, in fact, that I own and recommend no less than three form factors:

All these LED lights have one thing in common: batteries. It's unavoidable. Because you're a responsible geek, of course you use modern rechargeable battery technology. And as I wrote in Adventures in Rechargeable Batteries, sophisticated battery chargers are like geek catnip. 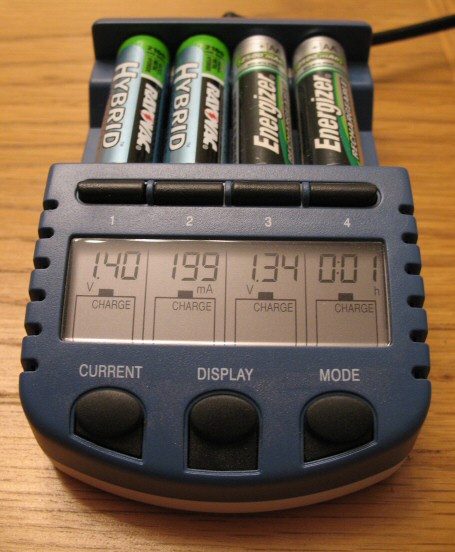 This is the LaCrosse BC1000 ($60), and it's a ton of fun to mess around with. Also, it recharges batteries. It might seem a little spendy, but it can do miraculous things like bring old nearly-dead rechargeable batteries back to life. And it comes with a bunch of actually useful accessories in the box:

Yep, you can simulate C and D cells by putting the AA and AAA batteries inside the shells. The only battery type not represented here is the 9 volt. I own two of these LaCrosse chargers, and given the stupid number of AA and AAA powered devices in the house I'm thinking of buying a third. If you're a geek, you almost certainly have 99 battery problems, but armed with this baby, recharging ain't one. And don't forget the low self-discharge NiMH batteries, while you're at it.

Ah, the dremel. I think this Canadian forumgoer expressed it best:

It truly is hard for me to express the joy I feel when I am forced to break out the dremel; the last resort, the "Trojan Horse" of tools. In a dark place when all other tools abandon me and leave me heartbroken, the dremel always provides a loving shoulder to help complete my tasks. The dremel is a very selfless tool, he/she has no purpose to which they cling, yet is always willing to assist its fellow tools in completing theirs...

Drill strip a screw? The dremel can help... The jigsaw leave some nasty edges? dremel can restore them. I like to think of the dremel as the Jesus of tools.

They say Jesus performed many miracles and although it's not thoroughly documented, I believe his first miracle was, in fact, the dremel blueprint (he was a carpenter after all). The good Lord presented me with an image in a dream... I would like to share it. 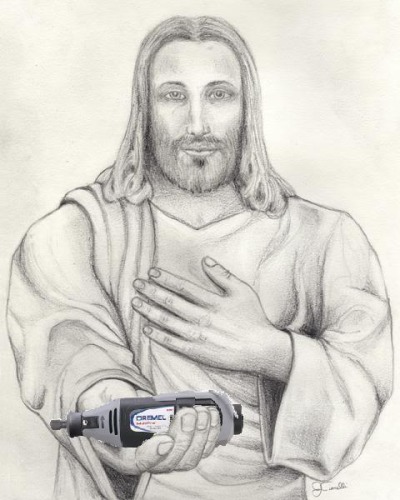 If you don't own a dremel, I'm sorry, but I'm going to have to ask you to turn in your geek card. The dremel is truly the swiss army knife of DIY projects. Any DIY project.

I use my Dremel about once every few months, mostly for things that I probably shouldn't even be attempting. But that's the beauty of the Dremel. It doesn't judge; it just helps you get s**t done, by any means necessary. I don't recommend buying a big Dremel kit to start, because it's hard to tell which accessories you'll actually want or need until you begin using this insanely versatile tool. I suggest starting with the entry-level high power Dremel kit ($90). 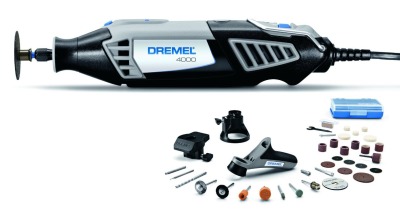 Finally, I have to put in a mention for an updated version of what is probably the most frequently used thing on my keychain, with the biggest bang for the gram other than my front door key -- the Leatherman Squirt PS4 ($24). 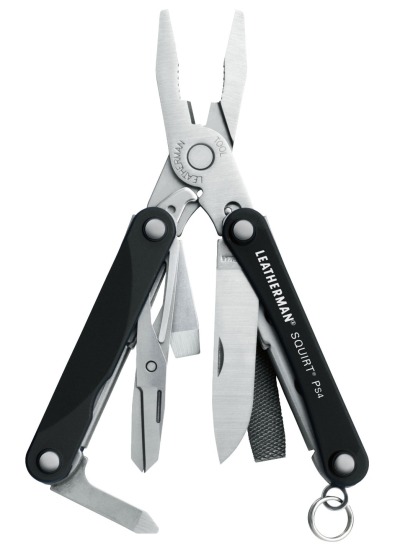 That's right, you no longer have to face the terrible existential conundrum of choosing between pliers or scissors. The new PS4 model now includes both pliers and scissors. This is nothing less than a Christmas miracle, people! (Oh yeah, and get this awesome tiny carabiner to attach it to your keychain so you can easily detach it when you need to bust it out.)

So that's it this year. Nothing extravagant. Nothing too expensive. No frills. Just essential stuff I love and use regularly. I hope you, or someone you love, will love them too.

Building Social Software for the Anti-Social