What's In a Version Number, Anyway?

I remember when Microsoft announced that Windows 4.0 would be known as Windows 95. At the time, it seemed like a radical, unnecessary change -- naming software with years instead of version numbers? Inconceivable! How will users of Windows 3.1 possibly know what software version they should upgrade to?

In retrospect, switching away from software version numbers to years seems like one of the wisest decisions Microsoft ever made.

But it's hardly universal. And even if it was, what does all this meticulously numbered version data get us? What does it mean? Why have version numbers at all? It's partly because version number is an expected software convention. And partly because programmers never met a piece of arbitrarily detailed metadata they didn't love. Personally, I like to think of version numbers as dogtags for your software. Like dogtags, they're primarily designed for use in the event of an emergency. 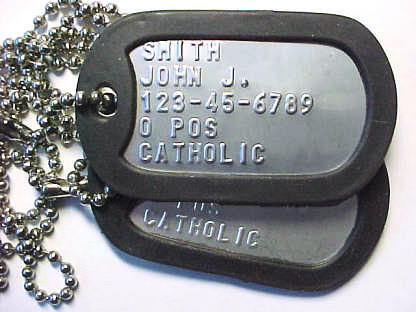 In the event of a software problem-- if, on the battlefield, you hear someone screaming "medic!"-- it is useful to consult the dogtags so you know exactly what version of the software you're dealing with.

The most interesting thing to watch for is the first 4-digit number you encounter. In the examples above, 5608 and 3417. These are what we refer to as the "build number." Every few days during the development cycle, we compile all of the code in Office and turn it into a "build": essentially an installable version of all the work everyone's done up until that point. Eventually, a build becomes "final" and that is the one that ends up on CDs and in the store.

The 4-digit build number is actually an encoded date which allows you tell when a build was born. The algorithm works like this:

On the whole, I encourage software developers to avoid confounding users with version numbers. That's what leads to crappy ideas like SID 6.7 and even crappier movies like Virtuosity. We brought it on ourselves by letting our geeky, meaningless little construct of major and minor version numbers spill over into pop culture. It's not worth it. Let's reel it back in.

Whenever possible, use simple dates instead of version numbers, particularly in the public names of products. And if you absolutely, positively must use version numbers internally, make them dates anyway: be sure to encode the date of the build somewhere in your version number.