Two weeks ago, Apple announced a new version of WebKit, the underlying rendering technology of their Safari web browser. The feature list is impressive:

That's a awfully compelling list of new features for an essential application I spend many, many hours a day in-- my web browser. Although Safari on Windows is little more than a glorified, feature-poor Mac emulator, the killer core WebKit feature list is enough to convince me to download it and run it through its paces. Apple is a serious competitor in the browser space.

Last week, the first Beta of Firefox 3.0 was released. I'm similarly impressed with the giant list of improvements and new features in this browser, too. It appears to have some innovative changes to the UI, along with native GUI rendering which was one of my pet peeves with previous versions of Firefox. Firefox has been a contender since version 1.5, and it looks like version 3.0 will push up their mindshare even further. Deservedly so. Firefox is great stuff, and the add-on ecosystem is second to none.

Clearly, the browser wars are heating up to a level we haven't seen since the heady bubble days of the late 90's. That's good news for everyone who uses the web. Nothing drives innovation quite like competition.

Given the level of fierce competition out there now, Microsoft must have some really killer features up their sleeves for Internet Explorer 8, right?

Microsoft hasn't released any information on Internet Explorer 8. None. Nada. Zilch. Believe me, I've tried to pry it out of them:

During a session at Mix today, attendee Jeff Atwood asked Internet Explorer platform architect Chris Wilson for more information about when it might be released. The five-year gap between IE 6 and IE 7 notwithstanding, Atwood noted that people have come to expect a new version of a browser every couple of years. He asked whether the next IE would come with the next Windows version or before then -- "out of band," as they say.

Wilson reiterated Microsoft's promise that it will never again go five years "without an upgrade to the platform." He noted that the company was suggesting a 12- to 18-month development cycle at last year's Mix conference. "There's no exact date," he said, adding later, "I think that your expectation of having a new browser platform every couple of years is definitely a valid one."

Chris is an extremely nice guy, and clearly very technically competent. I'm sure he's under some kind of bizarre corporate gag order to say nothing. But how, exactly, does silence help the massive audience of people who use Internet Explorer on a daily basis? We're all left wondering-- what if they gave a browser war, and Microsoft never came?* 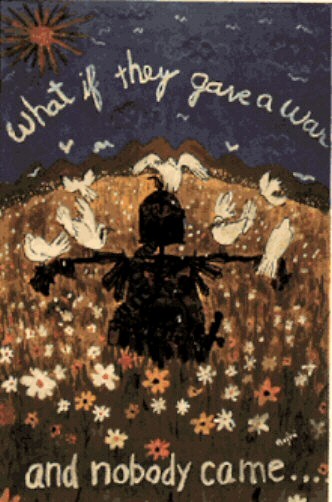 IE 6 was a great browser-- in 2001. By 2005, not so much. IE 7 was a critical stopgap, because IE 6 devolved into Netscape 4.7x during the five years it was the latest and greatest and only version. So consider the history. The entire world was trapped in an abusive relationship with Microsoft for that long, dark five year period. I think we'd like-- no, I think we deserve-- some assurances that this abusive cycle will not repeat itself.

My friend and colleague, Jon Galloway, said it best in a recent twitter update:

Just about every "Microsoft doesn't get it" problem boils down to long and secretive development cycles. Where's the IE 8 CTP?

Exactly. I don't think there's a more important single application on the planet right now than the web browser. If they can't get this right-- and soon-- I'm not sure there's any hope left.

The Big Ball of Mud and Other Architectural Disasters