A recurring theme in Edward Tufte's books is the massive difference in resolution between the printed page and computer displays. Printed pages lend themselves to vastly greater information density.

Sparklines are one particular technique of Tufte's designed to exploit the greater resolution of the printed page. I was curious just how profound the difference in resolution is between a computer screen and a book, so I scanned in a sparkline from Beautiful Evidence with my aging Epson 1200U scanner.

This is what the sparkline looks like on the page, roughly. It's quite small. The actual size will depend on the resolution of the display you're using to view this, of course, but it's in the ballpark at 1280x1024 and 1600x1200.

Here's the very same sparkline at the maximum resolution of my scanner, 1200 DPI:

Of course, Beautiful Evidence was commercially printed, which is typically very high resolution-- on the order of 2400 DPI. Let's try something a little less sophisticated. Here's a bit of text in 8 point Gill Sans MT that I printed on our decrepit old NEC 870 printer and scanned back in at 1200 DPI:

This is output from a 600 DPI printer that was originally released more than 7 years ago.

For comparison, a typical computer display is between 72 and 100 DPI. But that doesn't stop us from trying: 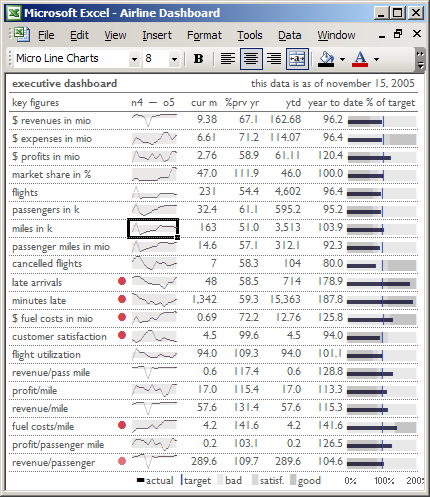 Is Your Database Under Version Control?