When it comes to running Stack Overflow, the company, I take all my business advice from one person, and one person alone: Curtis Armstrong. 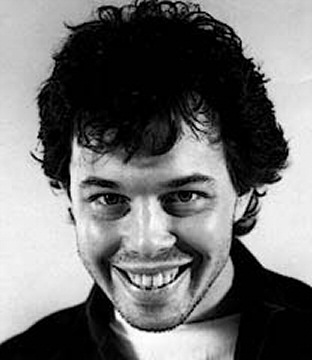 More specifically, Curtis Armstrong as Charles De Mar from the 1985 absurdist teen comedy classic, Better Off Dead. When asked for advice on how to ski down a particularly treacherous mountain, he replied:

Go that way, really fast. If something gets in your way … turn.

(I recommend watching the entire movie. It's brilliant in ways I can't possibly explain here.)

In the five months since we announced our funding, we have …

There are any number of Stack Overflow engine clones out there already, and I say more power to 'em. I'm proud to have something worth copying. If we do nothing else except help lead the world away from the ancient, creaky, horribly broken bulletin board model of phpBB and vBulletin – attempting to get information out of those things is like panning for gold in a neverending river of sewage – then that is more than I could have ever hoped for.

It is our stated goal as a company to live in harmony with the web, by only doing things that we believe make the internet better, at least in some small way. No, seriously. It's in writing and everything, I swear! We're not here to subvert or own anyone or anything. We just love community, and we love getting great answers to our questions. So if something gets in our way while doing that, well, we're not gonna fight you. We'll just turn. And keep going forward, really fast. Which is why those clones better move quick if they want to keep up with us.

While I like to think that having Charles De Mar as a business advisor is unique to our company, the idea that speed is important is hardly original to us. For example, certain Google projects also appear to understand Boyd's Law of Iteration.

Speed of iteration – the Google Chrome project has it.

Chrome was a completely respectable browser in V1 and V2. The entire project has moved forward so fast that it now is, at least in my humble opinion, the best browser on the planet. Google went from nothing, no web browser at all, to best-of-breed in under two years. Meanwhile, Internet Explorer took longer than the entire development period of Chrome to go from version 7 to version 8. And by the time Internet Explorer 9 ships – even though it's actually looking like Microsoft's best, most competent technical upgrade of the browser yet – it will be completely outclassed at launch by both Firefox and Chrome.

The Google Android project is another example. Android doesn't have to be better than the iPhone (and it most definitely isn't; it's been mediocre at best until recent versions). They just need to be faster at improving. Google is pushing out Froyos and Gingerbreads and Honeycombs with incredible, breakneck speed. Yes, Apple has indisputably better taste – and an impeccably controlled experience. But at their current rate of progress, they'll be playing second or third fiddle to Google in the mobile space inside a few years. It's inevitable.

So, until further notice, we'll be following the same strategy as the Android and Chrome teams. We're going to go that way, really fast. And if something gets in our way, we'll turn.