Doing Terrible Things To Your Code

In 1992, I thought I was the best programmer in the world. In my defense, I had just graduated from college, this was pre-Internet, and I lived in Boulder, Colorado working in small business jobs where I was lucky to even hear about other programmers much less meet them.

I eventually fell in with a guy named Bill O'Neil, who hired me to do contract programming. He formed a company with the regrettably generic name of Computer Research & Technologies, and we proceeded to work on various gigs together, building line of business CRUD apps in Visual Basic or FoxPro running on Windows 3.1 (and sometimes DOS, though we had a sense by then that this new-fangled GUI thing was here to stay).

One thing that surprised me was that the code itself was rarely the problem. He occasionally had some comments about the way I wrote or structured the code, but what I clearly had no idea about is testing my code.

I dreaded handing my work over to him for inspection. I slowly, painfully learned that the truly difficult part of coding is dealing with the thousands of ways things can go wrong with your application at any given time – most of them user related. 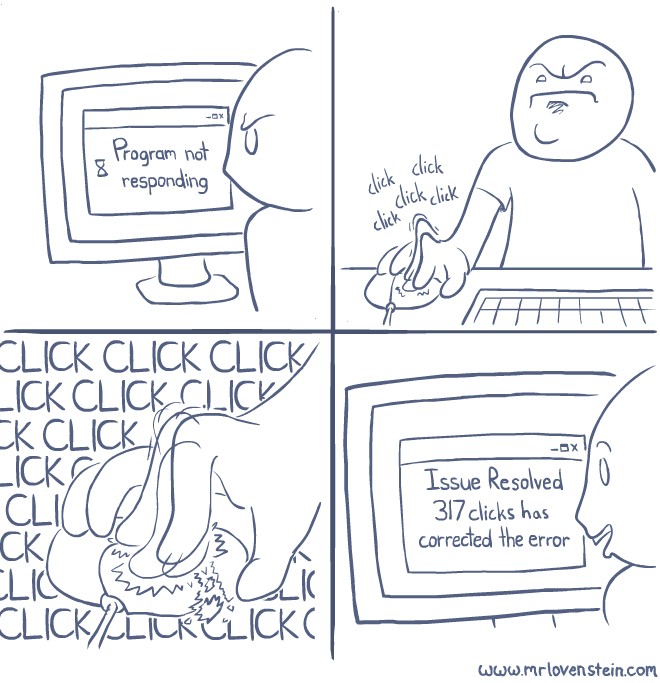 That was my first experience with the buddy system, and thanks to Bill, I came out of that relationship with a deep respect for software craftsmanship. I have no idea what Bill is up to these days, but I tip my hat to him, wherever he is. I didn't always enjoy it, but learning to develop discipline around testing (and breaking) my own stuff unquestionably made me a better programmer.

It's tempting to lay all this responsibility at the feet of the mythical QA engineer.

If you are ever lucky enough to work with one, you should have a very, very healthy fear of professional testers. They are terrifying. Just scan this "Did I remember to test" list and you'll be having the worst kind of flashbacks in no time. And that's the abbreviated version of his list.

This means programmers need a good working knowledge of at least the common mistakes, the frequent cases that average programmers tend to miss, to work against. You are tester zero. This is your responsibility.

That's just the first 10. There are thirty more. Plus a lot in the comments if you're in the mood for extra credit. Or, how does Falsehoods Programmers Believe About Time grab you?

Are there more? Of course there are! There's even a whole additional list of stuff he forgot when he put that giant list together. 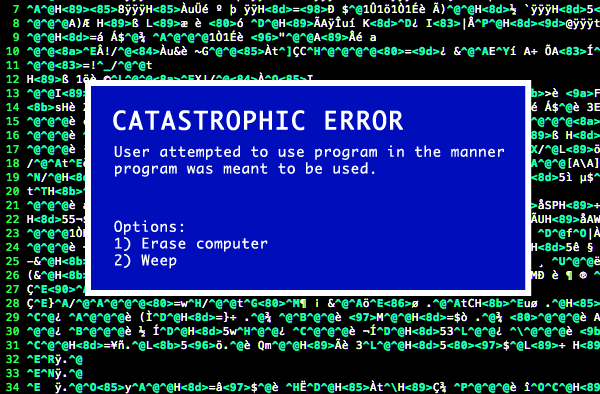 I think you can see where this is going. This is programming. We do this stuff for fun, remember?

But in true made-for-TV fashion, wait, there's more! Seriously, guys, where are you going? Get back here. We have more awesome failure states to learn about:

At this point I wouldn't blame you if you decided to quit programming altogether. But I think it's better if we learn to do for each other what Bill did for me, twenty years ago — teach less experienced developers that a good programmer knows they have to do terrible things to their code. Do it because if you don't, I guarantee you other people will, and when they do, they will either walk away or create a support ticket. I'm not sure which is worse.

I Tried VR and It Was Just OK