If you engage in discussion on the Internet long enough, you're bound to encounter it: someone calling someone else a troll.

The common interpretation of Troll is the Grimms' Fairy Tales, Lord of the Rings, "hangs out under a bridge" type of troll.

Thus, a troll is someone who exists to hurt people, cause harm, and break a bunch of stuff because that's something brutish trolls just … do, isn't it?

In that sense, calling someone a Troll is not so different from the pre-Internet tactic of calling someone a monster – implying that they lack all the self-control and self-awareness a normal human being would have. 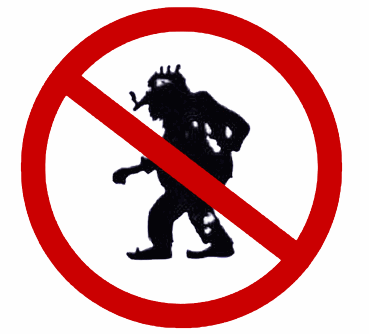 That might be what the term is evolving to mean, but it's not the original intent.

The original definition of troll was not a beast, but a fisherman:

If you're curious why the fishing metaphor is so apt, check out this interview:

There's so much fishing going on here someone should have probably applied for a permit first.

I almost feel sorry for Quentin Tarantino, who is so obviously passionate about what he does, because this guy is a classic troll.

Some trolls can seem to care about a topic, because they hold extreme views on it, and will hold forth at great length on said topic, in excruciating detail, to anyone who will listen. For days. Weeks. Months. But this is an illusion.

The most striking characteristic of the worst trolls is that their position on a given topic is absolutely written in stone, immutable, and they will defend said position to the death in the face of any criticism, evidence, or reason. 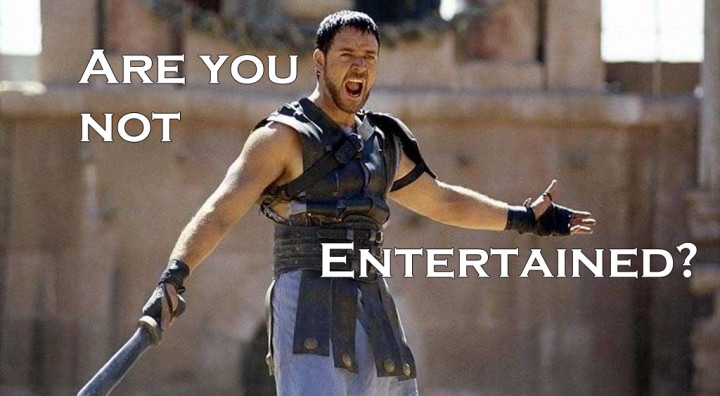 Look. I'm not new to the Internet. I know nobody has ever convinced anybody to change their mind about anything through mere online discussion before. It's unpossible.

But I love discussion. And in any discussion that has a purpose other than gladiatorial opinion bloodsport, the most telling question you can ask of anyone is this:

Why are you here?

Did you join this discussion to learn? To listen? To understand other perspectives? Or are you here to berate us and recite your talking points over and over? Are you more interested in fighting over who is right than actually communicating?

If you really care about a topic, you should want to learn as much as you can about it, to understand its boundaries, and the endless perspectives and details that make up any interesting topic. Heck, I don't even want anyone to change your mind. But you do have to demonstrate to us that you are at least somewhat willing to entertain other people's perspectives, and potentially evolve your position on the topic to a more nuanced, complex one over time.

In other words, are you here in good faith?

People whose actions demonstrate that they are participating in bad faith – whether they are on the "right" side of the debate or not – need to be shown the door.

So now you know how to identify a troll, at least by the classic definition. But how do you handle a troll?

I'm afraid I don't have anything uniquely insightful to offer over that old chestnut, "Don't feed the trolls." Responding to a troll just gives them evidence of their success for others to enjoy, and powerful incentive to try it again to get a rise out of the next sucker and satiate their perverse desire for opinion bloodsport. Someone has to break the chain.

I'm all for giving people the benefit of the doubt. Just because someone has a controversial opinion, or seems kind of argumentative (guilty, by the way), doesn't automatically make them a troll. But their actions over time might.

(I also recognize that in matters of social justice, there is sometimes value in speaking out and speaking up, versus walking away.)

So the next time you encounter someone who can't stop arguing, who seems unable to generate anything other than heat and friction, whose actions amply demonstrate that they are no longer participating in the conversation in good faith … just walk away. Don't take the bait.

Even if sometimes, that troll is you.

Doing Terrible Things To Your Code