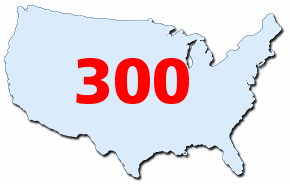 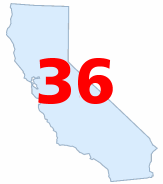 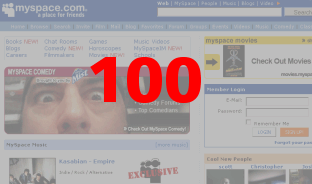 I have a hard time believing that 1 in 3 Americans could conceivably be MySpace users.

I'm not the only person to be skeptical of these inflated "member" numbers. Robert Scoble recently took issue with the claim that Windows Live Spaces is the largest blogging service on the planet. He did a little ad-hoc investigation of Windows Live Spaces. Most of the member pages he visited were virtual ghost towns.

The number of spaces on Windows Live Spaces isn't a particularly interesting metric to me nor is it to anyone I know who works on the product. We are more interested in the number of people who actually use our service and get value added to their lives by being able to share, discuss and communicate with their friends, families and total strangers.

Kudos to Dare for cutting to the heart of this debate. Who cares how many users signed up for your free service? How many users actually use it?

To illustrate the absurdity of user counts as a metric, Dare cited the LiveJournal stats page. According to that page, LiveJournal has approximately 11 million accounts. However:

If the LiveJournal statistics are representative of other social networking websites, then we should immediately divide the total number of "users", "spaces", or "accounts", by five. Maybe even by ten! That's a realistic estimate of how many people are actually using the service.

And that's still an optimistic estimate, because it doesn't factor in multiple accounts established by the same person.

Now if only MySpace and Windows Live Spaces would be as forthcoming about the actual usage of their service, instead of bandying around meaningless user counts.