I'm a huge Steve Yegge fan, so It was a great honor to have Steve Yegge on a recent Stack Overflow podcast. One thing I couldn't have predicted, however, was one particular theme of Steve's experience at Google and Amazon that kept coming up time and time again:

If there was one thing I could teach every engineer, it would be how to market.

This is painful for developers to hear, because we love code. But all that brilliant code is totally irrelevant until:

That, in a nutshell, is marketing. Just because you're a marketer doesn't necessarily mean you're a marketing weasel. Sure, the two things are highly correlated -- but at its core, marketing is little more than an intermediate level course on fundamental human communication. Not something us programmers have historically been so great at.

That's why even the hardest of hard-core programmers should be paying attention to people like Seth Godin. Steve was referring to marketing in the broader, more timeless sense of getting other people interested in your ideas.

After hearing Steve mention this several times on our podcast -- and having seen his related talk How to Ignore Marketing and Become Irrelevant in Two Easy Steps I suddenly realized why I was so fascinated with two particular books I recently discovered. Books I kept referring to, over and over, during the development of Stack Overflow.

I couldn't put down these two small-format books from the late Paul Arden. Guess what Mr. Arden did for a living? That's right, he was an executive creative director for Saatchi & Saatchi -- an advertising firm.

I had been reading dirty books. Marketing books. By choice, even. I'm a bit embarrassed to admit this, because these are exactly the kinds of pithy little business books I usually make fun of other people for reading. But in reading these books, I realized that so much of what we do on Stack Overflow has nothing to do with how awesome our code is -- and everything to do with marketing.

We're all software developers here, so let me put this in terms programmers understand: Dungeons & Dragons character statistics. You know, the classics. 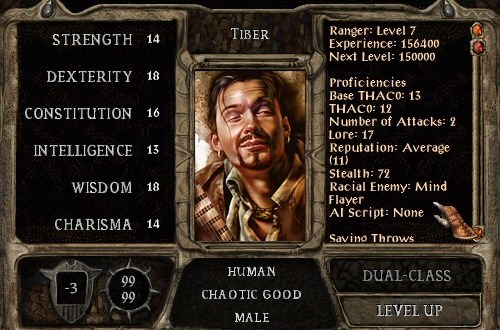 If you're a programmer, and you want to get better at your job every year, you might think that the most important character stat to build is coding. Let's call this INT. So at the end of many years of toil, you'll end up something like this:

OK, you're a genius programmer who can code circles around everyone else. But you may never ship any of your code for reasons that you don't control. That's an illusion. You can control when, how, and where your code ships. You probably spent too much time building your code and not enough time as an advocate of your code. Did you explain to people what your code does, why it's cool and important? Did you offer reasons why your code is going to make their lives better, at least in some small way? Did you make it easy for people to find and use your code?

I believe most programmers will be better served in their professional career if they shoot for character development more along these lines:

Sometimes, you become a better programmer by choosing not to program. I agree with Steve: if I could teach my fellow software engineers one thing, it would be how to market themselves, their code, and their project.

You're Reading The World's Most Dangerous Programming Blog