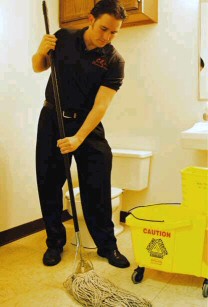 But maybe that's an unfair characterization.

In Software Conflict 2.0 : The Art and Science of Software Engineering, Robert L. Glass extols the virtues of software maintenance:

In most computing installations, the people who do maintenance tend to be those who are new on the job or not very good at development. There's a reason for that. Most people would rather do original development; maintenance is too constraining to the creative juices for most people to enjoy doing it. And so by default, the least capable and the least in demand are the ones who most often do the maintenance.

The status quo is all wrong. Maintenance is a significant intellectual challenge as well as a solution and not a problem. If we want to maximize our effectiveness at doing it, we need to significantly change the way in which we assign people to it.

Perhaps it depends on how you look at your code. According to Andy and Dave, all programming is maintenance programming:

Dave Thomas: All programming is maintenance programming, because you are rarely writing original code. If you look at the actual time you spend programming, you write a bit here and then you go back and make a change. Or you go back and fix a bug. Or you rip it out altogether and replace it with something else. But you are very quickly maintaining code even if it's a brand new project with a fresh source file. You spend most of your time in maintenance mode. So you may as well just bite the bullet and say, "I'm maintaining from day one." The disciplines that apply to maintenance should apply globally.

Andy Hunt: It's only the first 10 minutes that the code's original, when you type it in the first time. That's it.

According to Joel Spolsky, developers are too lazy to do software maintenance:

We're programmers. Programmers are, in their hearts, architects, and the first thing they want to do when they get to a site is to bulldoze the place flat and build something grand. We're not excited by incremental renovation: tinkering, improving, planting flower beds.

It's harder to read code than to write it.

This is why code reuse is so hard. This is why everybody on your team has a different function they like to use for splitting strings into arrays of strings. They write their own function because it's easier and more fun than figuring out how the old function works.

As a corollary of this axiom, you can ask almost any programmer today about the code they are working on. "It's a big hairy mess," they will tell you. "I'd like nothing better than to throw it out and start over."

I agree that most developers have an unnatural knee-jerk tendency to rewrite for the sake of rewriting. But other than resisting this urge, I can't agree with Joel.

It's a balancing act.

Software maintenance, like Rodney Dangerfield, gets no respect. It's time we changed that perception. But don't use maintenance as a crutch for deeper problems, either; renovate fearlessly when the situation calls for it.