If you accept the premise that software development is a cooperative game, then you might wonder: what kind of game is it?

Alistair Cockburn believes the closest analog to a software project is the cooperative game of rock climbing: 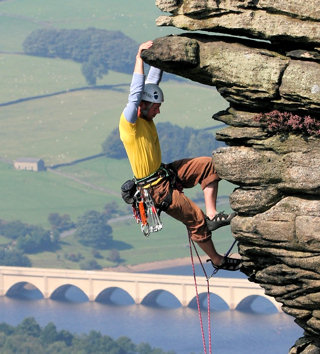 I'll admit I had never quite thought of software development in this way, but Alistair's rock climbing metaphor holds. It's certainly a far better metaphor than the tired old bridge building chestnut. I see further analogs in the way the natural environment itself-- and the difficult to predict, uncontrollable weather conditions-- can make or break a project.

The one unsatisfying aspect of the rock climbing metaphor is that software tends to build upon itself in a way that rock climbing doesn't. Each subsequent version of the software expands on the capabilities and the platform established in the previous version. So there are really two goals:

But these goals can be mutually exclusive. In a followup article, Alistair illustrates with an example he calls "The Swamp Game".

Consider a race across an uncharted swampland in which some particular (unknown) artifact must be produced at some particular (unknown) place in the swamp. A team in this race would employ scouts and specialists of various sorts, and would create maps, route markings, bridges and so on. The racers would not, however, construct commercial quality maps, roads or bridges, since doing so would waste precious resources. Instead, they would estimate how much or little of a path must be cleared for themselves, how strong to build the bridge, how fancy of markings to make, how simple a map, in order to reach their goal in the shortest time.

If the race is run as part of a series, there will be new teammates coming after them to pick up the artifact and move it to a new place. The first team will therefore be well served to make slightly better paths, maps and bridges, always keeping in mind that doing this work competes with completing the current stage of the race. They also will be well served if they leave some people who understand the territory to be part of the next team. Thus, the optimal strategies for a series of races are different than for a single race.

There is no closed-form formula for winning the game. There are only strategies that are more useful in particular situations. That realization alone may be the strongest return for using the economic-cooperative game language: people on live projects see that they must constantly observe the characteristics of the changing situation, to collect known strategies, to invent new strategies on the fly; and that since a perfect outcome is not possible in an overconstrained situation, they much choose which outcome to prioritize at the expense of which others.

I find Alistair's game theories fascinating and illuminating. Based on the strength of these two essays, I just picked up a copy of Alistair's book, Crystal Clear: A Human-Powered Methodology for Small Teams. It's based on the same cooperative game manifesto I've covered in my last two entries. 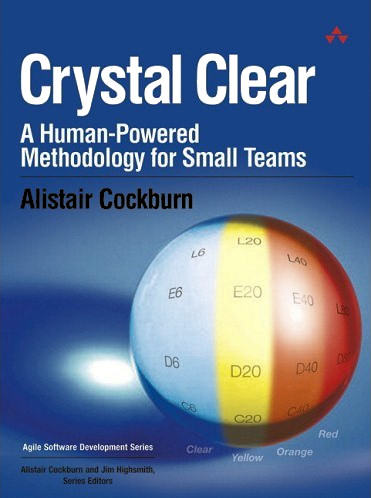 I've already run into one team using the Crystal method (no, not that crystal method) at a customer site. I'll have to check in with them next week and see how close they are to the summit.

And the next time someone asks you why software projects are so challenging, invite them to go rock climbing with you.