I've always wondered why digital cameras express their resolutions in terms of megapixels, rather than the typical pixel height and width numbers you find on computer displays. Nobody buys a 21" LCD with 1.9 megapixels of resolution; they buy a 21" LCD that can display 1600 x 1200. But they're technically the same thing: 1600 x 1200 is 1,920,000 pixels, or 1.9 megapixels. It looks like we're using the old hard drive manufacturer's trick of dividing by powers of ten.

The wikipedia entry on computer display resolutions has a great chart that contrasts the most common monitor resolutions, along with the ratio line that each falls on: 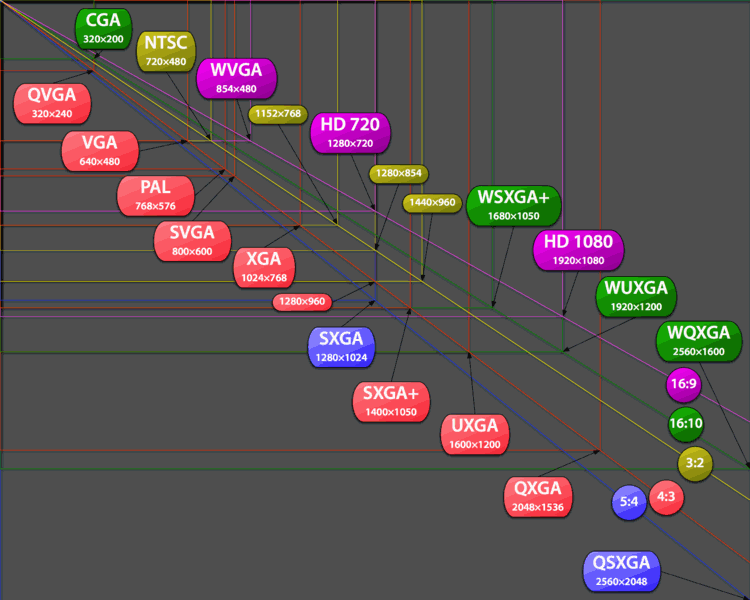 It's interesting to note that the most common monitor resolutions (800x600, 1024x768, etc) are 4:3. I didn't realize how oddball the 1280x1024 ratio was. The widescreen variants are really catching on quickly, too, if the current LCD monitor selection at Newegg is any indication.

But the alphabet soup of display designations isn't doing anyone a favor, either. I'd much rather know that a display is capable of 1600 x 1200 instead of the cryptic designation UXGA.

You can compare the different resolutions of most common electronic devices (cameras, screens, video, etc) and many common formats using this nifty dynamic megapixel overview tool. Some of the camera models listed tend to have 4:3 aspect ratios, like PC displays. But not all. The 3:2 ratio is also common. Here are a few samples:

Evidently the 3:2 ratio derives from the native dimensions of classic 35mm film.

Is the Command Prompt the New Desktop?