One of the key ingredients for Web 2.0 success is pervasive high speed internet access. The latest Pew internet report, which tracks broadband growth, was just released:

At the height of the last dot-com bubble in mid-2000, less than five percent of Americans had access to a high speed internet connection at home. But by the end of 2006, that figure will reach nearly fifty percent.

It's hard to imagine what investors and analysts were thinking back in 2000 with those wildly optimistic dot-com growth curves, because using the internet with a modem truly sucks. It's painful. When 95 percent of users are stuck with a crappy dial-up experience, it's unrealistic to expect widespread adoption of services offered via the internet. 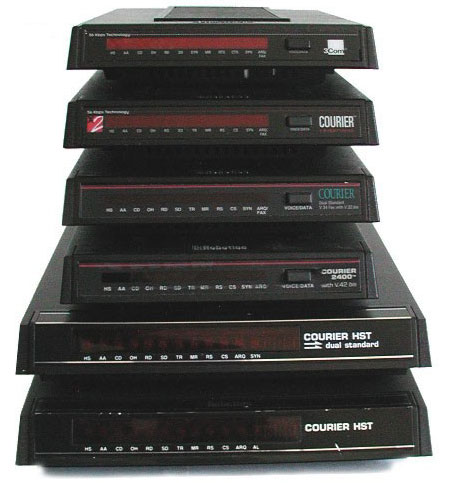 I recently sold my 1997-vintage US Robotics Courier analog modems on eBay, after hanging on to them for years "just in case". I haven't used a dialup connection in at least five years.

As good as the 2006 numbers are, according to Lawrence Lessig, the United States still lags the world in broadband adoption-- at least through 2004: 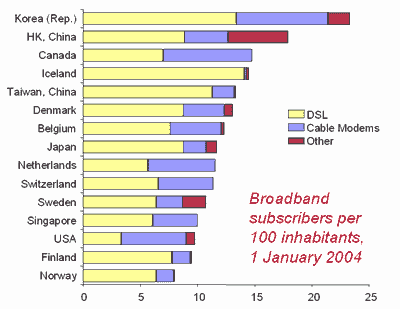 With broadband adoption at an all-time high in the United States, can we finally assume that all users will have high-speed internet connections-- and by association, an enjoyable, responsive, non-painful way to use the internet? Or do web developers still need to accommodate dial-up users?