Although I've never been more than a bush league hacker (at best), I was always fascinated with the tales from the infamous hacker zine 2600. I'd occasionally discover scanned issues in BBS ASCII archives, like this one, and spend hours puzzling over the techniques and information it contained.

I was excited to learn that a 2600 compilation was released earlier this year: The Best of 2600: A Hacker Odyssey. Although a lot of the information is hopelessly out of date and/or obsolete now, there's a timeless quality to the social engineering techniques, and at its core, the best articles are just plain good storytelling combined with technical writing skills.

The introduction captures, I think, the essence of 2600 – the adventures of young adults experimenting with computers.

One of the true joys of the hacker world is the wealth of firsthand accounts that get shared throughout the community. Everyone has a story and many hackers have a whole treasure trove of them. This is what comes from being an inquisitive bunch with a tendency to probe and explore, all the while asking entirely too many questions. The rest of the world simply wasn't prepared for this sort of thing, a fact that hackers used to their advantage time and again. 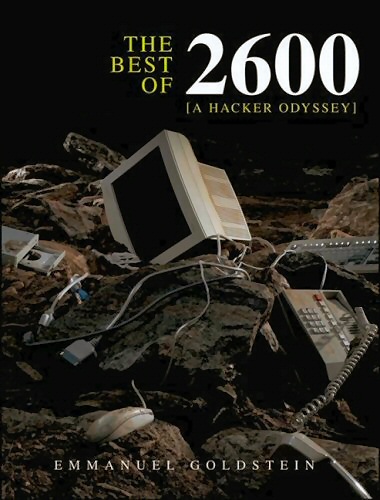 In the hacker world, you can have adventures and obtain information on a whole variety of levels, using such methods as social engineering, trashing, or simply communicating and meeting up with each other. All of these methods continue to work to this day. Back in the 1980s, excitement via a keyboard was a fairly new concept but it was catching on pretty fast as personal computers started to become commonplace. It seemed incredible (and still does to me) that you could simply stick your telephone into an acoustic modem, type a few letters on a keyboard, and somehow be communicating with someone in an entirely different part of the country or even another part of the globe.

Of course, hackers had already been having all sorts of adventures on telephones for years before this, whether it was through boxing, teleconferencing, or just randomly calling people. And there were the occasional "real-life" adventures, something hackers were certainly not averse to, contrary to the usual stereotypes of pasty-faced teenagers who feared going outside and interacting with the world. The point is that whenever you got a bunch of bored, curious, and daring individuals together, it didn't really matter what the setting was. On the screen, over the phone, or in real life, there was fun to be had and plenty to be learned in the process.

The mighty 2600 empire soldiers on, of course – the latest issue is Autumn 2008. This handpicked best of collection works as both historical archive and introduction. It's a great starting point, and a book I continue to take with me on trips for background reading. It rarely disappoints.

If you believe, like I do, in the value of learning through cartoons, then Ed Piskor's Wizzywig graphic novels are excellent companion pieces to the 2600 compilation. 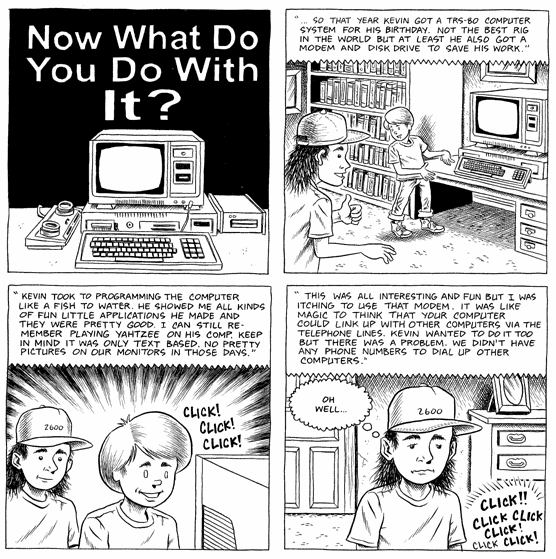 So far there's Wizzywig Volume 1: Phreak and Wizzywig Volume 2: Hacker and Wizzywig Volume 3: Fugitive, with a fourth and final book on the way. You can read the first two books completely free online; if you like what you see, Ed sells all the books directly on his store. It's a little eerie how accurately he captured the ambiance of that era for me, all those fumbling, exploratory sessions with nascent online community through modems, local bulletin boards, and user group meetings.

It's fun to revisit the origins of my hacker odyssey, but I feel like we're nowhere near the end of it yet.

Blu-Ray: Is It Time?