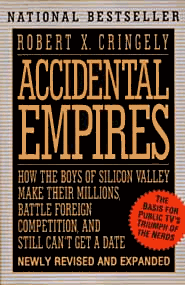 I didn't realize that the book was later expanded and made into a three-hour PBS documentary in 1995, Triumph of the Nerds. I rented the movie on Netflix and it's a fantastic companion to the book. The time capsule interviews alone make it worth watching: Steve Jobs, Steve Ballmer, Bill Gates, Larry Ellison, and many other key luminaries. 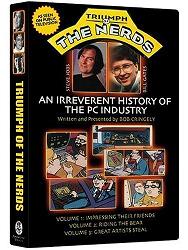 Watching the documentary brought on waves of nostalgia. I've always felt like the home computer and I grew up together. I was born in 1970. In 1971, Bill Gates and Paul Allen formed Traf-O-Data, and Steve Jobs and Steve Wozniak started selling blue boxes in southern California. In 1975, the first "personal" computer, the Altair 8800, was introduced. 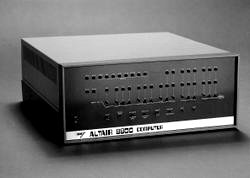 It's difficult to get excited about a machine with no display and a row of dip-switches for input. Only two years later, in 1977, the first modern personal computer was introduced: the Apple II. 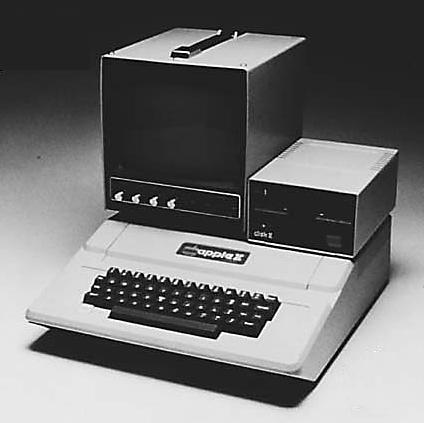 The Altair is barely recognizable as a personal computer, even though it is technically the first one. And yet the Apple II, a mere two years later, is the archetypal personal computer. Every modern home computer released after 1977 followed the template that Apple established for the industry: molded plastic case, expansion slots, CRT display, integrated keyboard, and floppy disk drive. Apple, along with the first killer app for the personal computer, VisiCalc, dominated the home computer industry until 1981. That's when the IBM PC hit the market-- and the clones followed.

Although I had access to Apple II computers in middle school, we couldn't afford an Apple until 1984, when we brought home the Apple //c. I never quite made the transition to the Macintosh, which was even more expensive. Still, many of my formative programming experiences were in AppleBASIC.

Have personal computers grown up since the early seventies? Sure. They've been around for more than 30 years now. But reading Accidental Empires and watching Triumph of the Nerds, I realized that computers still have a long way to go before they're fully grown up. And so do I.