Level One: The Intro Stage

Way back in 2007, before Stack Overflow was a glint in anyone's eye, I called software development a collaborative game. And perhaps Stack Overflow was the natural outcome of that initial thought – recasting online software development discussion into a collaborative game where the only way to "win" is to learn from each other. 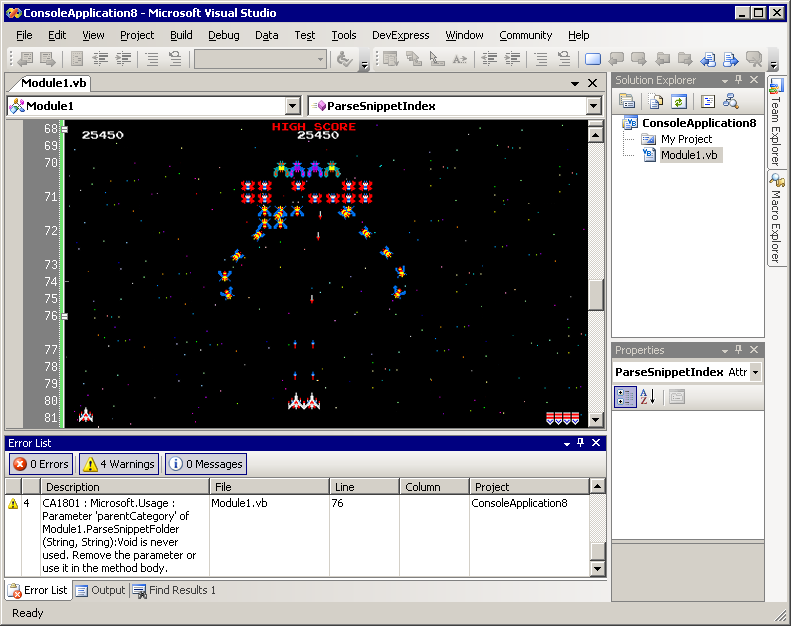 That was before the word gamification existed. But gamification is no longer the cool, hip concept it was back in 2011. Still, whether you call yourself a "gamer" or not, whether you believe in "gamification" or not, five years later you're still playing the world's largest multiplayer game.

In fact, you're playing it right now.

One of the most timeless aspects of games is how egalitarian they are, how easy it is for anyone to get started. Men, women, children — people love games because everyone can play along. You don't have to take classes or go to college or be certified: you just play. And this is, not so incidentally, how many of the programmers I know came to be programmers.

Do you know anyone that bought the video game Halo, or Myst, then proceeded to open the box and read the manual before playing the game? Whoa there guys, we can't play the game yet, we gotta read these instructions first! No, they stopped making manuals for games a long time ago, unless you count the thin sheet of paper that describes how to download / install the game on your device. Because they found out nobody reads the manual.

The project I’m working on is critical, but it has only about 3 to 4 users, most of whom are already familiar the application. One of the users even drives the design. The manual I’m writing, which is nearly 200 pages, is mostly a safety measure for business continuity planning. I don’t expect anyone will ever read it.

It’s a project I managed to procrastinate for months, working on other projects, even outside the scope of my regular assignments. The main deterrent, I believe, was my perception that no one needed the manual. The users seemed to be getting along fine without it.

And so as the year ticked to a close, instead of learning more about Mediawiki and screencasting and After Effects, I spent my time updating a 200-page manual that I don’t think anyone will ever read. It will be printed out, three-hole punched, and placed in a binder to collect dust on a shelf.

I guess that's not surprising for games. Games are supposed to be fun, and reading manuals isn't fun; it's pretty much the opposite of fun. But it is also true for software in general. Reading manuals isn't work, at least, it isn't whatever specific thing you set out to do when you fired up that bit of software on your phone, tablet, or laptop.

Games have another clever trick up their sleeve, though. Have you ever noticed that in most of today's games, the first level is kind of easy. Like… suspiciously easy?

That's because level one, the intro stage, isn't really part of the game. It's the manual.

As MegaMan X illustrates, manuals are pointless when we can learn about the game in the best and most natural way imaginable: by playing the actual game. You learn by doing, provided you have a well designed sandbox that lets you safely experiment as you're starting out in the game.

(The above video does contain some slightly NSFW language, as well as abuse of cartoon female avatars that I don't endorse, but it is utterly brilliant, applies to every app, software and website anyone has ever built, and I strongly recommend watching it all.)

This same philosophy applies to today's software and websites. Don't bother with all the manuals, video introductions, tutorials, and pop-up help dialogs. Nobody's going to read that stuff, at least, not the people who need it.

Instead, follow the lesson of MegaMan: if you want to teach people about your software, consider how you can build a great intro stage and let them start playing with it immediately.