Games that run in your web browser are all the rage, and understandably so. Why not build your game for the largest audience in the world, using freely available technology, and pay zero licensing fees? One such game is Evony, formerly known as Civony – a browser-based clone of the game Civilization with a buy-in mechanism.

There are also plentiful opportunities to 'pay money' now. In the end, Civony is still a business. And to be honest, it's probably better to give the option for some elite folks to finance the game for the masses than to make everyone pay a subscription or watch in-game ads. In addition to the old $0.30 per line world chat, you can spend money to speed up resource gathering, boost stats, and buy in-game artifacts. I'm sure there are other ways to pay money that I haven't discovered yet. But whenever you see a green plus-sign (+), you know the option exists to pay money for a perk.

The game is ostensibly free, but supported by a tiny fraction of players making cash payments for optional items (sometimes referred to as "freemium"). Thus, the player base needs to be quite large for the business of running the game to be sustainible, and the game's creators regularly purchase internet ad space to promote their game. The most interesting thing about Evony isn't the game, per se, but the game's advertising. Here's one of the early ads. 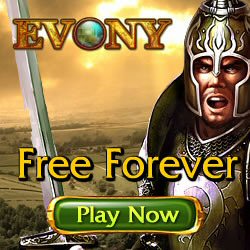 Totally reasonable advertisement. Gets the idea across that this is some sort of game set in medieval times, and emphasizes the free angle.

Apparently that ad didn't perform up to expectations at Evony world HQ, because the ads got progressively ... well, take a look for yourself. These are presented in chronological order of appearance on the internet. 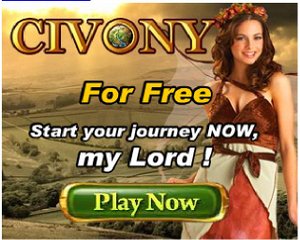 (if this lady looks familiar, there's a reason.) 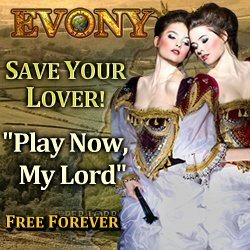 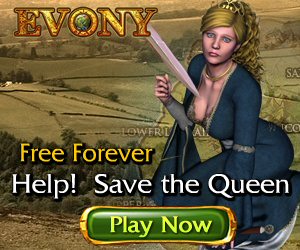 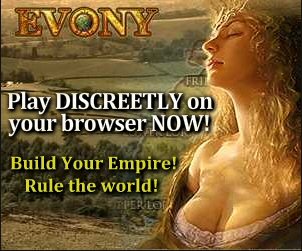 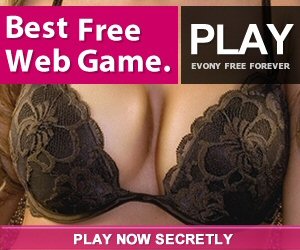 To be clear, these are real ads that were served on the internet. This is not a parody. Just to prove it, here's a screenshot of the last ad in context at The Elder Scrolls Nexus. 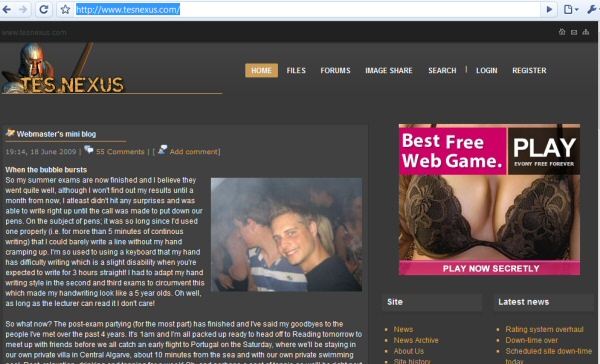 I've talked about advertising responsibly in the past. This is about as far in the opposite direction as I could possibly imagine. It's yet another way, sadly, the brilliant satire Idiocracy turned out to be right on the nose. 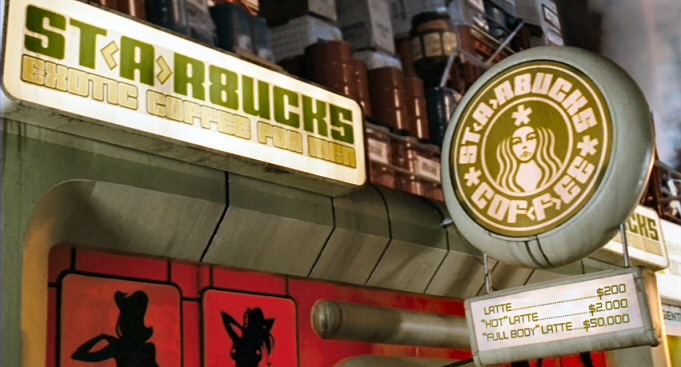 The dystopian future of Idiocracy predicted the reduction of advertising to the inevitable lowest common denominator of all, with Starbucks Exotic Coffee for Men, H.R. Block "Adult" Tax Return (home of the gentleman's rebate), and Pollo Loco chicken advertising a Bucket of Wings with "full release".

Evony, thanks for showing us what it means to take advertising on the internet to the absolute rock bottom ... then dig a sub-basement under that, and keep on digging until you reach the white-hot molten core of the Earth. I've always wondered what that would be like. I guess now I know.

Testing With "The Force"