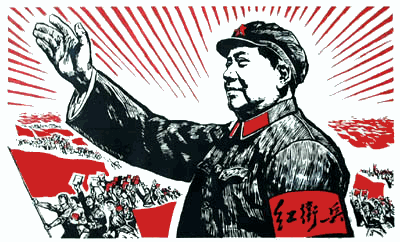 Back in the day, it took a couple of man days to create a Doom level. Creating a Doom III level took multiple man-weeks. Thus budgets spiral every upward; as late as 1992, a typical computer game had a budget of $200,000. Today, 10 million dollars is your bare buy-in for a next generation title.

As budgets soar, publishers are increasingly conservative about what they will fund, because nobody wants to lose 10 million dollars. So they look for ways to reduce their risk. Today, they have become so risk-averse that anything other than a franchise title, a game based on a movie license, or a game that slots easily into a category they know how to sell is unthinkable.

Today, Myst, Civilization, or Sim City would never get funded.

We're condemned to more of the same-old same-old from now for all eternity--unless we figure out a way to break this iron grip--what Raph Koster calls "Moore's Wall."

We think it's possible-- by building for the game industry what the independent film and independent music movements do for their own industry. Creating a viable "independent games" movement, where people can experiment, at lower budgets and with less risk, on quirky, offbeat, innovative games-- and find an audience that prizes gameplay over glitz, innovation over graphical trickery, playfulness over polygons.

Greg's Manifesto Games website aims to make this a reality, by creating an audience and supporting hobbyist developers.

James Hague's Rise and Fall of the Hobbyist Game Programmer documents just how profoundly the world has changed for would-be game programmers in the last 30 years:

For a small percentage of enthusiasts, there's always been the calling to jump from just playing games to creating them. It's crazy, of course, because the rush of playing a great game doesn't carry over to spending twenty straight hours in the basement trying to figure out why a level initialization routine fails ten percent of the time. But those that persisted, they drove the industry in its early days.

I remember reading about Mark Turmell-- and others whose names I've forgotten-- who were somehow inspired to design their own games, and then sit down and figure out exactly how to turn them into something their friends could actually come over and play. Those were fantastic feats that started the chatter about computer games becoming a new art form. One person, one vision, and six months later a finished product that was snapped up by a publisher--pure creation. A new alternative for would-be novelists.

The dream is still alive in these days of 32-bit processors and 3D accelerators, but over the years the reality behind it has quietly slipped away and few have stopped to notice.

In 1981, personal computers were in the thick of their 8-bit heyday. Not only are we talking about an 8-bit 6502--a processor with one primary register and no multiply instruction--running at less than 2 megahertz, but it was still acceptable, though just barely, to write games in BASIC. Now don't get me wrong, BASIC was the downtrodden interpreted language that it still is, but it shipped with every Apple II and Atari 800, and was the obvious choice for budding programmers.

Perhaps this is another reason why the Visual Studio Express IDE should ship with Vista. Or maybe doing it as-is with the .NET 2.0 command-line compiler and Notepad is more authentic. For more perspective on how the game programming world has changed since those early days, I can highly recommend James Hague's essential 1997 e-book Halcyon Days: Interviews with Classic Computer and Video Game Programmers.

Perhaps it's a little easier to imagine transitioning from gamer to programmer in the world of mobile devices. Lightworks games is doing just that-- two guys pursuing their dream by building a game company from the ground up on the PocketPC. They started with Cavemen, a charming little Lemmings clone.

There's also Microsoft's intriguing XNA Game Studio, which is now available in beta. It's a way for hobbyist developers to write non-commercial games that run on the Xbox 360. There have been rumblings about the best of these non-commercial games eventually making their way to the Xbox Live marketplace-- which could potentially convert those hobbyist game programmers into small business owners. It's an exciting prospect, given the huge installed base of most consoles, and the ease of getting everything running on a standard console platform.

Is the dream of jumping from game player to game programmer still alive? It's certainly how I got my start in programming.