Software developers aren't typically known for their superior levels of physical fitness. I'm not overweight, exactly, but I don't think I'll be pursuing that dream career in male modelling anytime soon. I charitably call myself an indoor enthusiast. 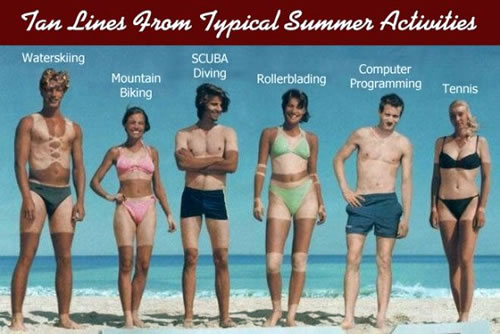 At the risk of generalizing-- yes, I know you happen to be the exceptionally fit software engineer that proves the rule-- being tethered to the machines we love so much often leads to a sedentary lifestyle for programmers, and a high occupational correlation with obesity.

I'm an engineer by training, a computer programmer by avocation, and an businessman through lack of alternatives. From grade school in the 1950's until 1988 I was fat--anywhere from 30 to 80 pounds overweight. This is a diet book by somebody who spent most of his life fat.

The absurdity of my situation finally struck home in 1987. "Look," I said to myself, "you founded one of the five biggest software companies in the world, Autodesk. You wrote large pieces of AutoCAD, the world standard for computer aided design. You've made in excess of fifty million dollars without dropping dead, going crazy, or winding up in jail. You've succeeded at some pretty difficult things, and you can't control your flippin' weight?''

Through all the years of struggling with my weight, the fad diets, the tedious and depressing history most fat people share, I had never, even once, approached controlling my weight the way I'd work on any other problem: a malfunctioning circuit, a buggy program, an ineffective department in my company.

John compiled his advice into something he calls The Hacker's Diet. According to John, all we need is:

In other words, we are so totally screwed. Jeremy Zawodny used the Hacker's Diet as a template, and came up with this kinder, gentler set of diet advice that's a bit less intimidating:

If you're seriously thinking about trying to lose weight, give this a shot. It's one of the easiest non-fad and non-gimmick plans you'll run across, mostly because the "plan" is very simple and tangible. It's not quite "the simplest thing that could possibly work" but it sure comes close:

Like any proper geek diet program, Jeremy's is powered by a spreadsheet. In the end, it's basic math -- calories in minus calories out. Since programmers are legendarily obsessive, tracking everything we eat is a natural fit for us.

But reducing calorie intake through diet is only half of the equation. The other half is increasing calorie burn by exercising, or at least staying moderately physically active. A contributor to OmniNerd wore a heart rate monitor and measured exactly how many calories he burned during typical daily activities:

It's a reasonable set of advice: eat less, exercise more. We may do it more analytically than the average joe, but it's nothing you haven't heard a dozen times before. The problem is getting off our collective butts to do it. It's difficult to get motivated, particularly when exercise almost by definition draws you away from your obsession.

But what if we could combine our computing obsession with exercise? 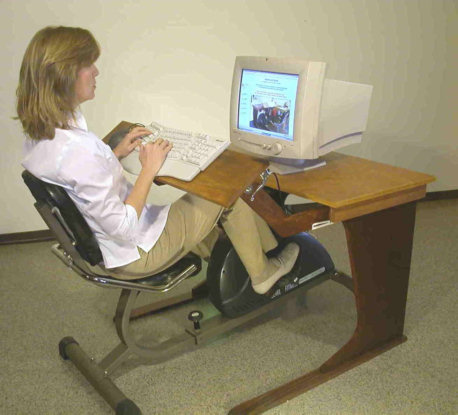 The geek-a-cycle may look vaguely ridiculous. Still, I've often wondered if there was some way to combine all that time I spend sifting through content on the internet with some kind of physical exercise, instead of passively sitting in a chair. It's an interesting concept. 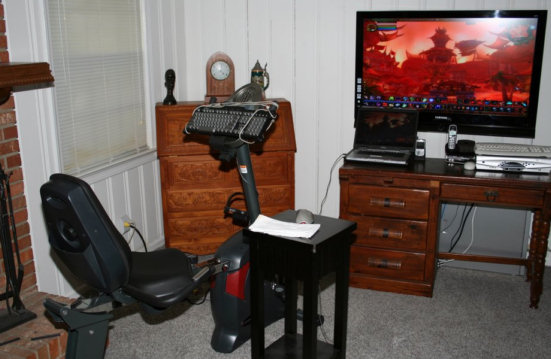 Greg calls this "Warbiking". It's a clever symbiosis of carrot and stick that really worked for him.

Warbiking is the best of both worlds. I get to do 2+ hours of cardio without being aware that I'm really doing it. And as I can only play Warcraft while doing cardio (that's a self imposed rule - no cardio, no Warcraft), it's self regulating. No way am I going to play for 6 hours; my legs wouldn't do it. I did hit 4.5 hours one insane Sunday afternoon, but I won't be doing that again any time soon. 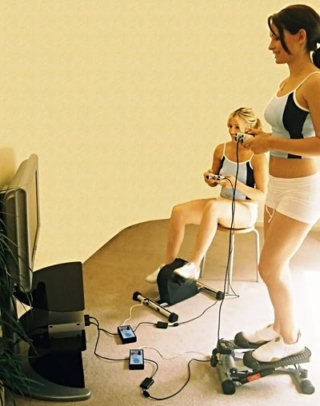 The gamercize is appealing because it's universal. It works with any game, but it's not exactly interactive.

Perhaps the best example of a game that integrates physical activity with actual gameplay is Dance Dance Revolution. 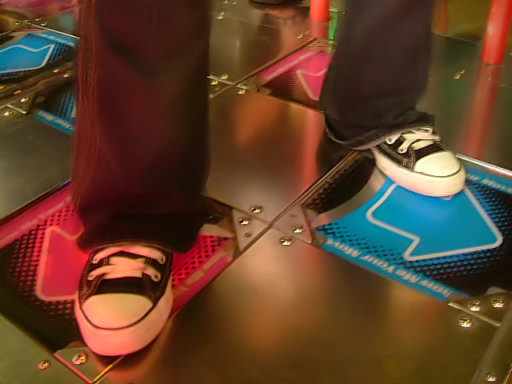 DDR is one of the few games my wife enjoys playing with me. It's available on every platform under the sun, and even has a free open source PC equivalent in StepMania. The songs have a wide selection of skill levels, from ultra-klutz to ninja. If you can get past the natural aversion most people have to making themselves look ridiculous while doing something approximating dancing, it's really quite entertaining. And it's definitely a workout.

You might argue that none of this is really necessary. Wouldn't it be easier to drop all the diet spreadsheets and electric exercise contraptions and cultivate a traditional physical activity as a hobby? Say, something like soccer, or tennis, or cycling?

Sure. It would be easier-- if don't you mind losing all your geek street cred in the process.

A Lesson in Control Simplicity