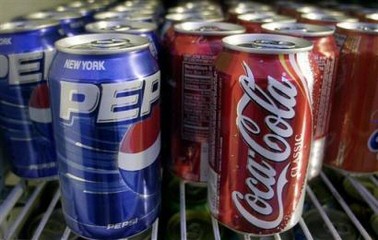 Either way, you're getting a cola flavored carbonated beverage.

If C# is Coke and VB.NET is Pepsi, then Python is Yoohoo. It's more than mild differences in syntax. It's a completely dynamic language with Duck typing where indentation is used in place of squigglies or End statements.

Wasn't this the promise of the .NET runtime-- that we'd have real, meaningful choice of language? That's why I'm so excited about IronPython. IronPython has been a fine proof of concept, but it had no IDE integration. Until now. 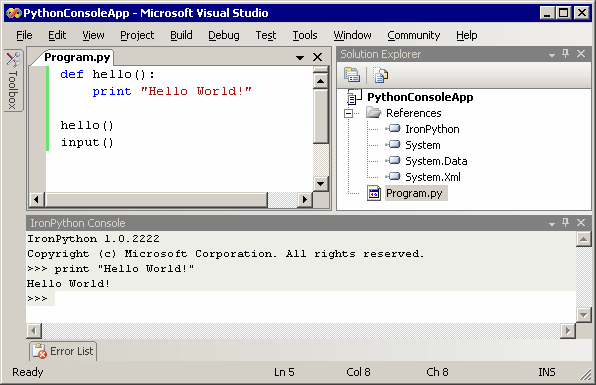 I can't see any obvious way to build a web or winforms app in Python yet. But it's coming.