Your Own Personal WiFi Storage

Our kids have reached the age – at ages 4, 4, and 7 respectively – that taking longer trips with them is now possible without everyone losing what's left of their sanity in the process. But we still have the same problem on multiple hour trips, whether it's in a car, or on a plane – how do we bring enough stuff to keep the kids entertained without carting 5 pounds of books and equipment along, per person? And if we agree, like most parents, that the iPad is the general answer to this question, how do I get enough local media downloaded and installed on each of their iPads before the trip starts? And do I need 128GB iPads, because those are kind of expensive?

We clearly have a media sharing problem. I asked on Twitter and quite a number of people recommended the HooToo HT-TM05 TripMate Titan at $40. I took their advice, and they were right – this little device is amazing! 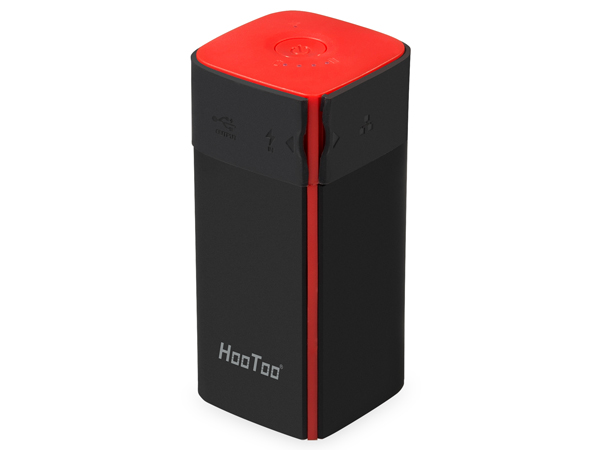 The value of the last two points is debatable depending on your situation, but the utility of the first two is huge! Plus the large built in battery means it can act as a self-powered WiFi hotspot for 10+ hours. All this for only forty bucks!

It's a very simple device. It has exactly one button on the top:

Once you get yours, just hold down the button to power it on, let it fully boot, and connect to the new TripMateSith WiFi network. As to why it's called that, I suspect it has to do with the color scheme of the device and this guy.

I am guessing licensing issues forced them to pick the 'real' name of TripMate Titan, but wirelessly, it's known as TripMateSith-XXXX. Connect to that. The default password is 11111111 (that's eight ones). 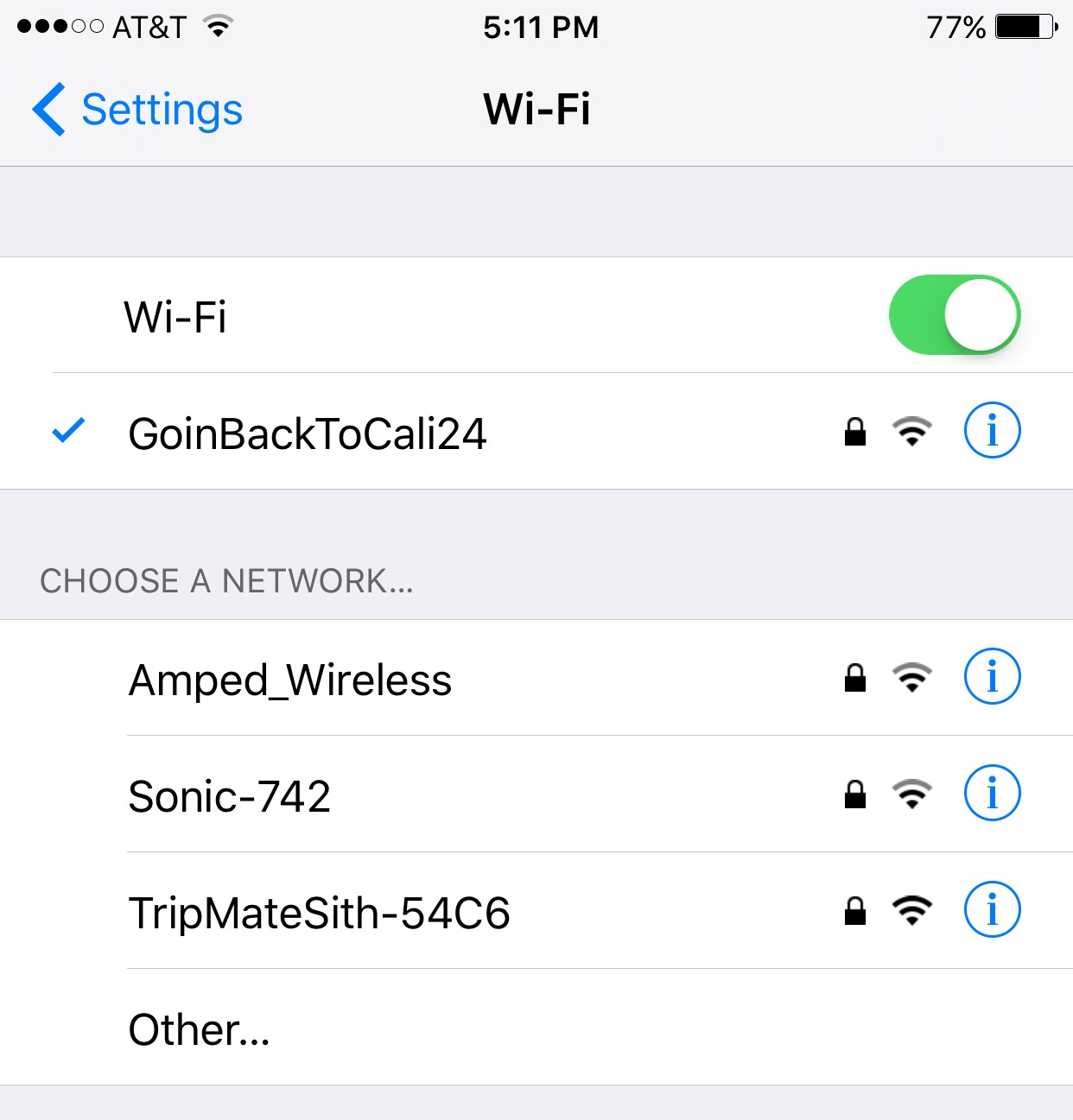 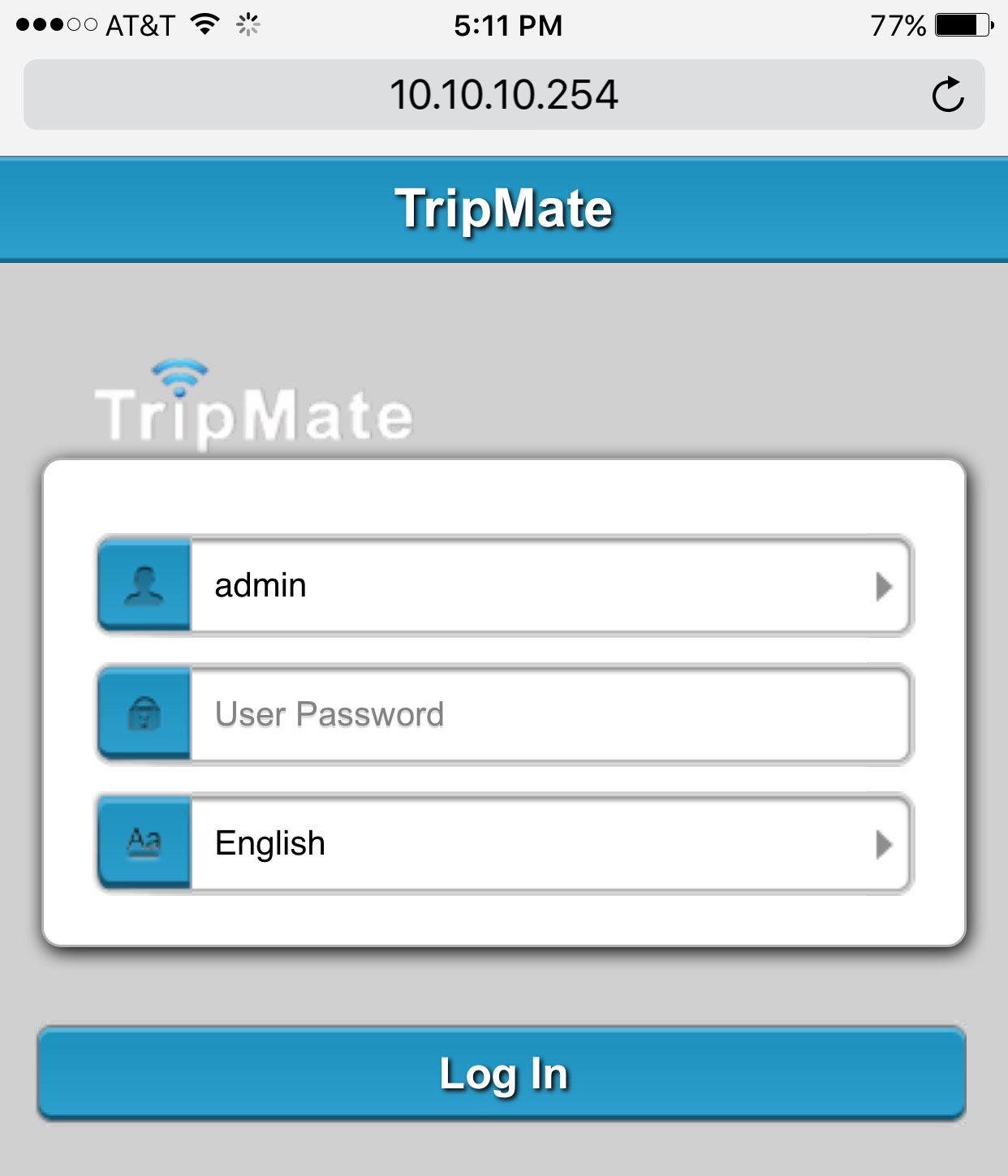 This interface is totally smartphone compatible, for the record, but I recommend you do this from a desktop or laptop since we need to upgrade the firmware immediately. As received, the device has firmware 2.000.022 and you'll definitely want to upgrade to the latest firmware right away:

For this particular use, so we can attach the storage, leave it attached forever, and kinda-sorta pretend it is all one device, I recommend a tiny $32 128GB USB 3.0 drive. It's not a barn-burner, but it's fast enough for its diminutive size. 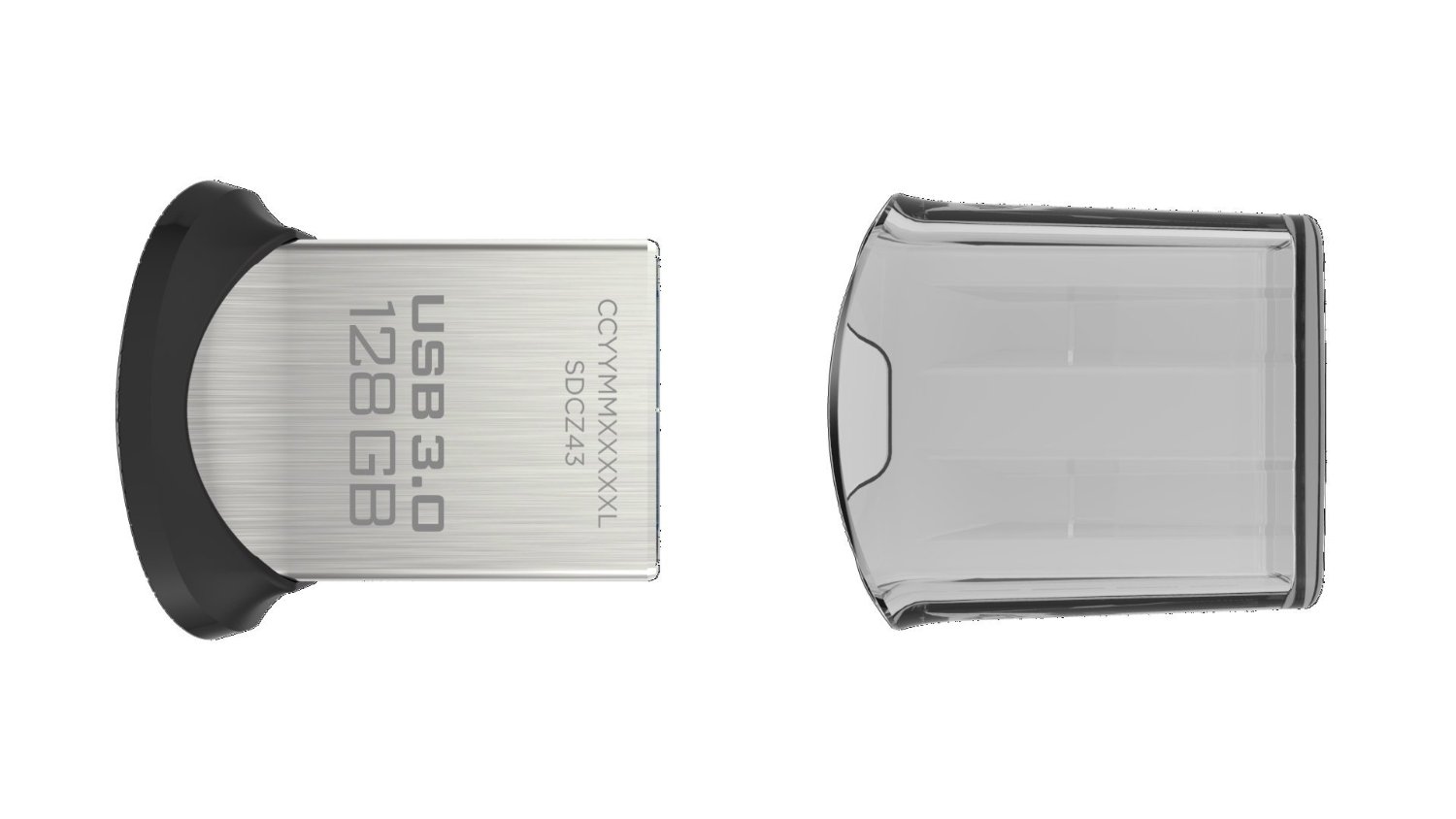 In the past, I've recommended very fast USB 3.0 drives, but I think that time is coming to an end. If you need something larger than 128GB, you could carry a USB 3.0 enclosure with a traditional inexpensive 2.5" HD, but the combination of travel and spinning hard drives makes me nervous. Not to mention the extra power consumption. Instead, I recommend one of the new, budget compact M.2 SSDs in a USB 3.0 enclosure: 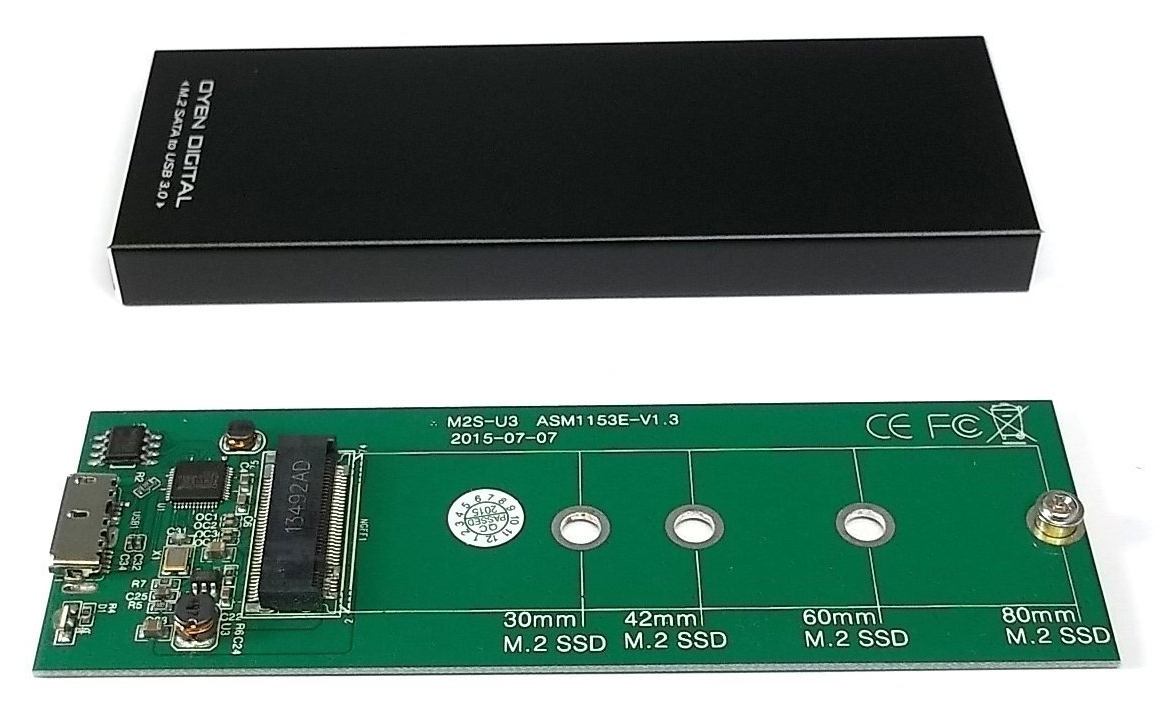 They run absolute circles around large USB flash drives in performance! The larger the drive, believe me, the more you need to care about this, like say you need to quickly copy a bunch of reasonably new media for the kids to enjoy before you go catch that plane.

Anyway, once you get this storage plugged into the HooToo it will automatically set up a DLNA share for you: 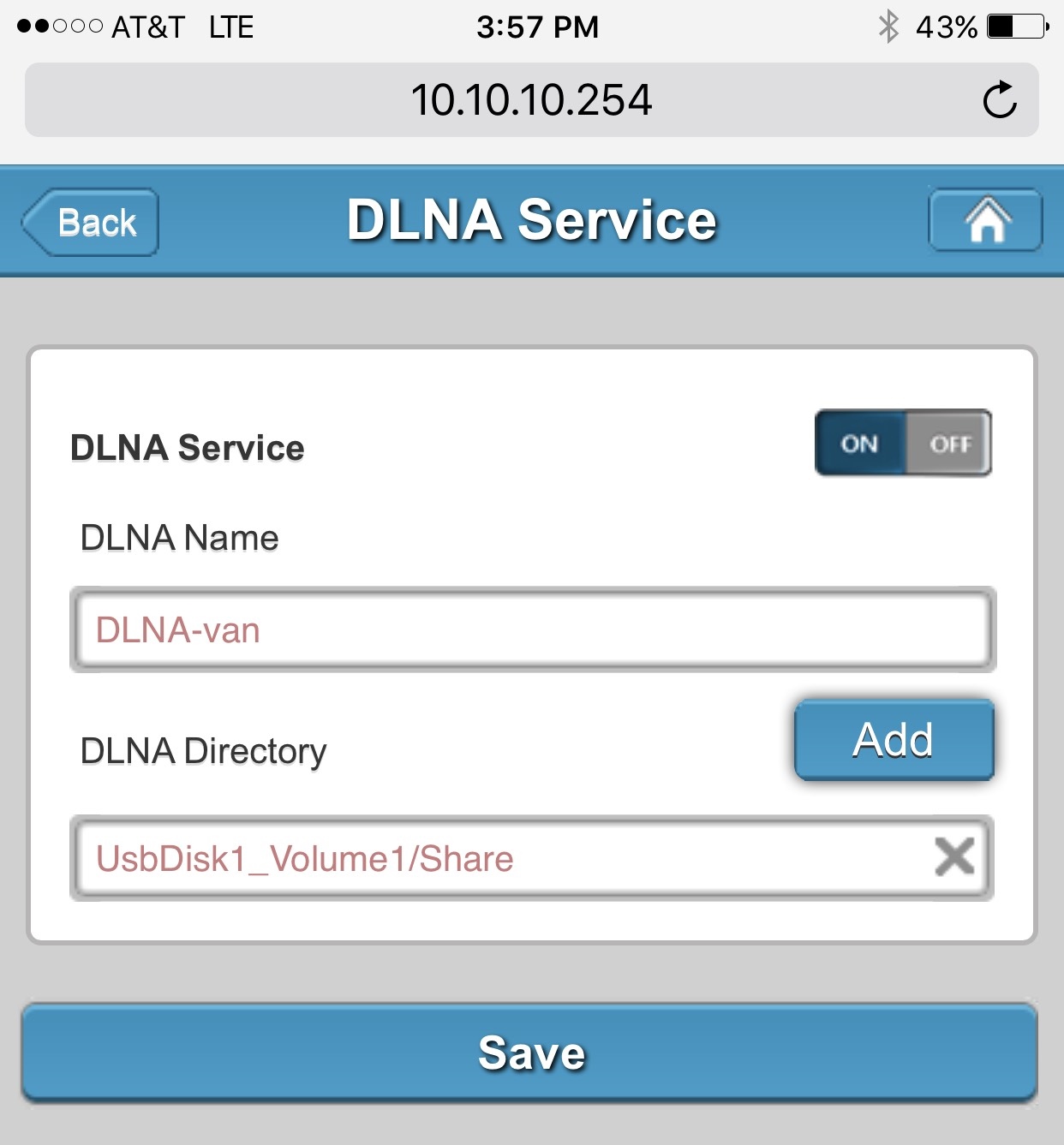 However, you must explicitly move the files and folders into the Share folder created by the HooToo to browse them via DLNA.

In theory you could do this directly to the filesystem on the USB drive, but since we're already there, I found it was just as easy to use the built in Explorer tool in the web browser, linked from the HooToo homepage: 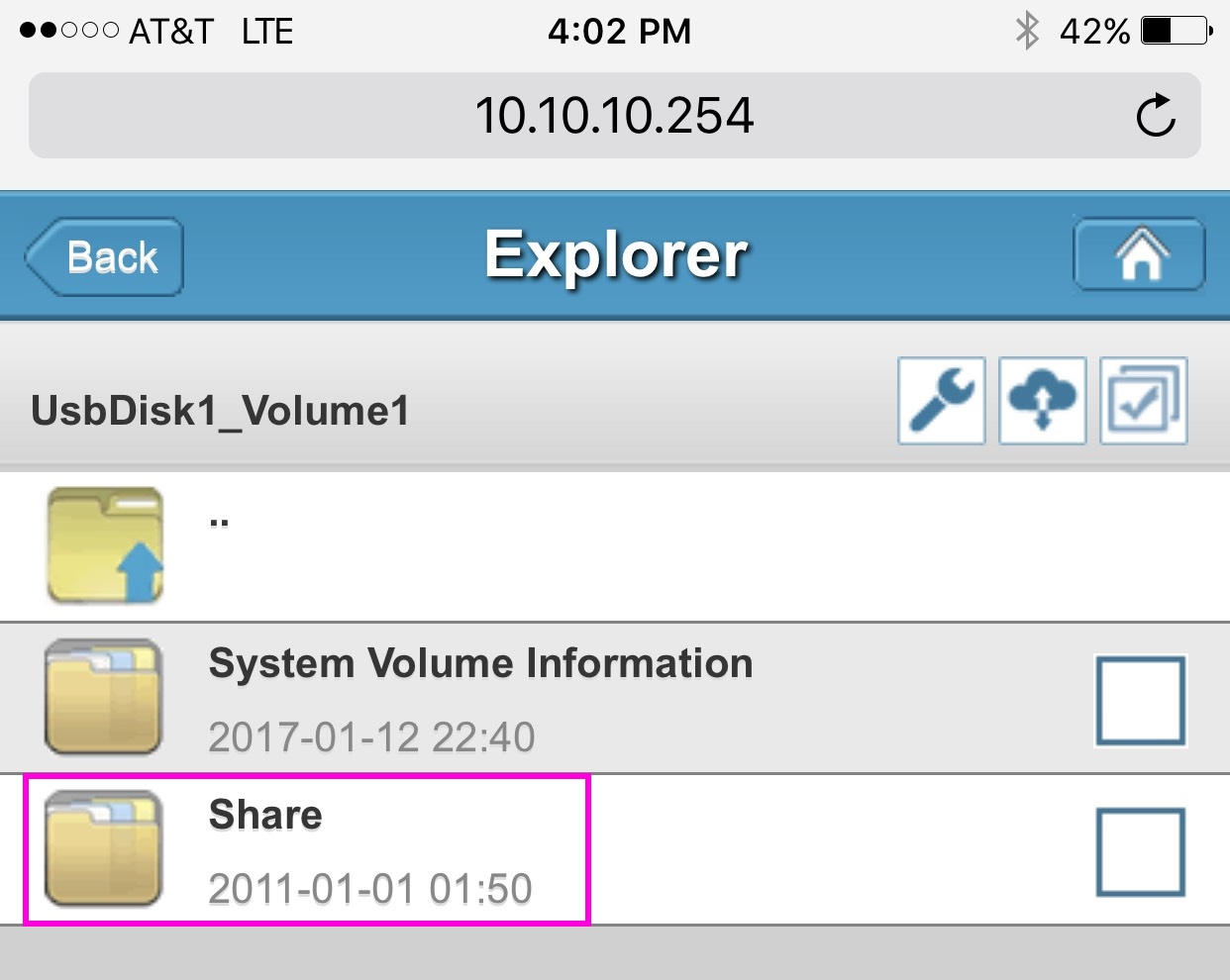 Anyway, once you get the folders and files you want into the Share folder, you're good to go for DLNA!

Let's continue setting up our HooToo Tripmate Titan. In the web interface, under Settings, Network Settings, these are the essentials:

There's more here, if you want to bridge wired or wirelessly, but this will get you started.

Update: since I originally wrote this, I've switched to the Infuse app. It's fantastic for media consumption, and although it is a little expensive at $9, there's a reason: it supports tons of different audio and file formats, including the ones that your iPhone and iPad don't understand, including Dolby and so on.

Infuse supports the DLNA standard built into the HooToo. So all you have to do is connect to the HooToo's wireless network, press the add files plus button at upper right, and connect to the one that automatically appears — in this case, DLNA-Van, there at the bottom. 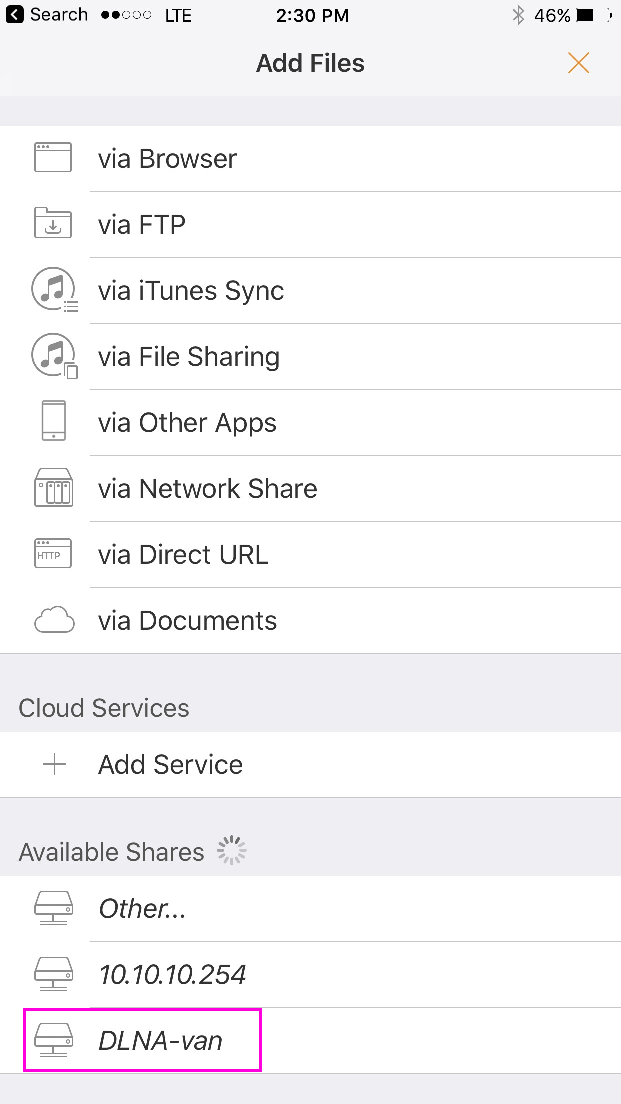 With DLNA, no login is required! Once connected, you can scan through videos easily, with rather nice thumbnail and summary support. 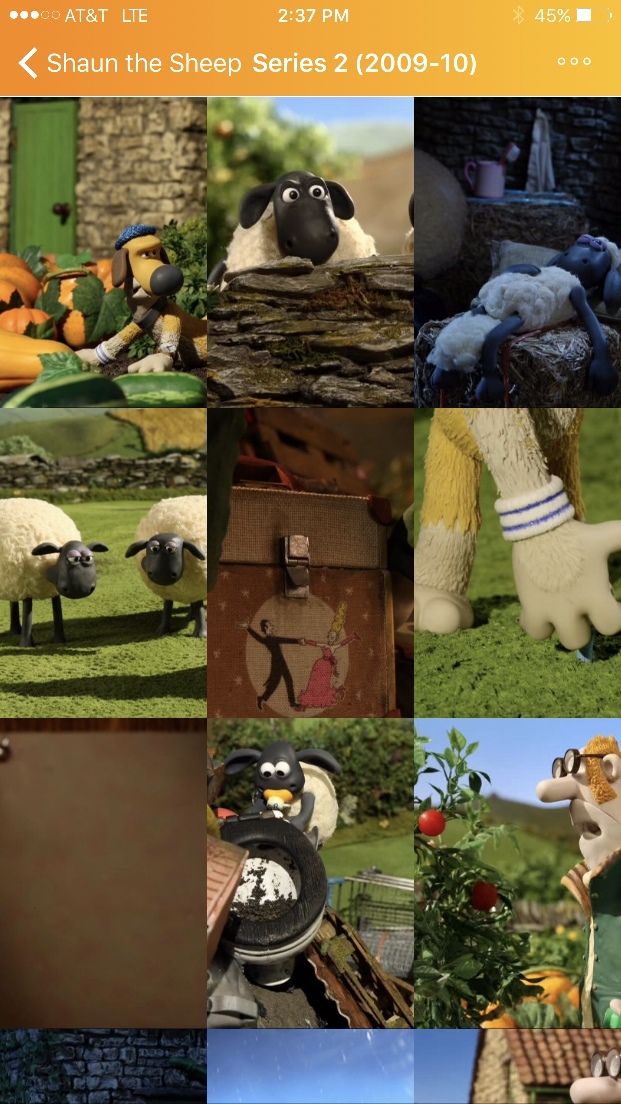 For more than just media, you can also use the File Explorer app for iOS (or similar). See the instructions below for Windows, as the process is very similar.

Connect to the HooToo's WiFi network, then type in the name of the device (mine's called van) in Explorer or the File Run dialog, prefixed by \\. 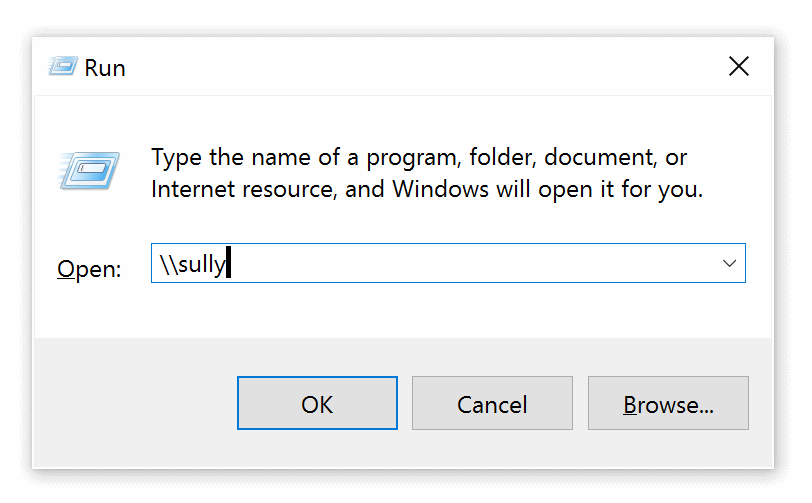 The default user accounts are admin and guest with no passwords, unless you set one up. Admin lets you write files; guest does not. 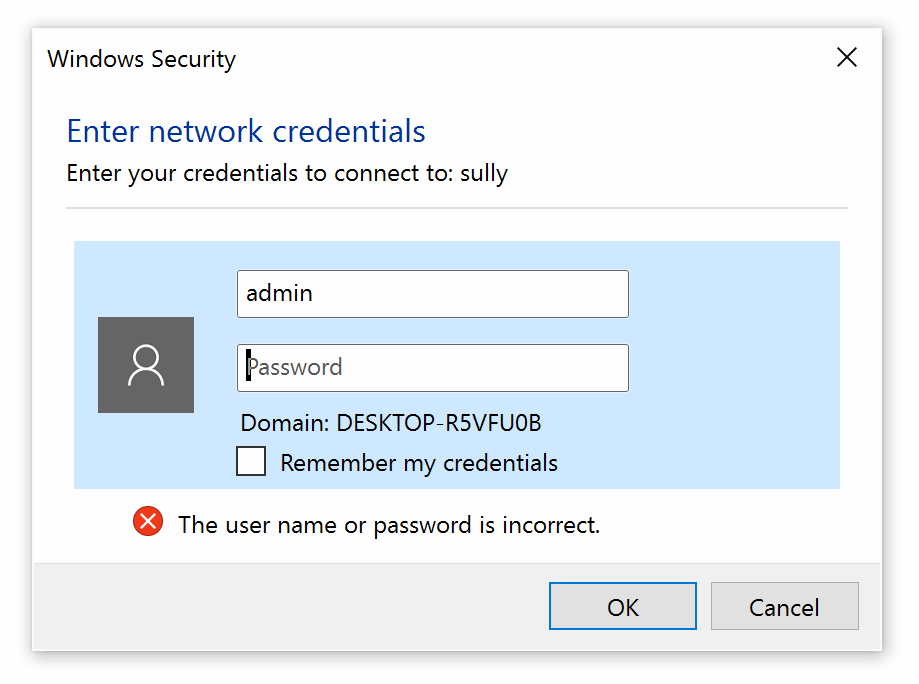 Once you connect you'll see the default file share for the USB device and can begin browsing the files at UsbDisk1_Volume1. 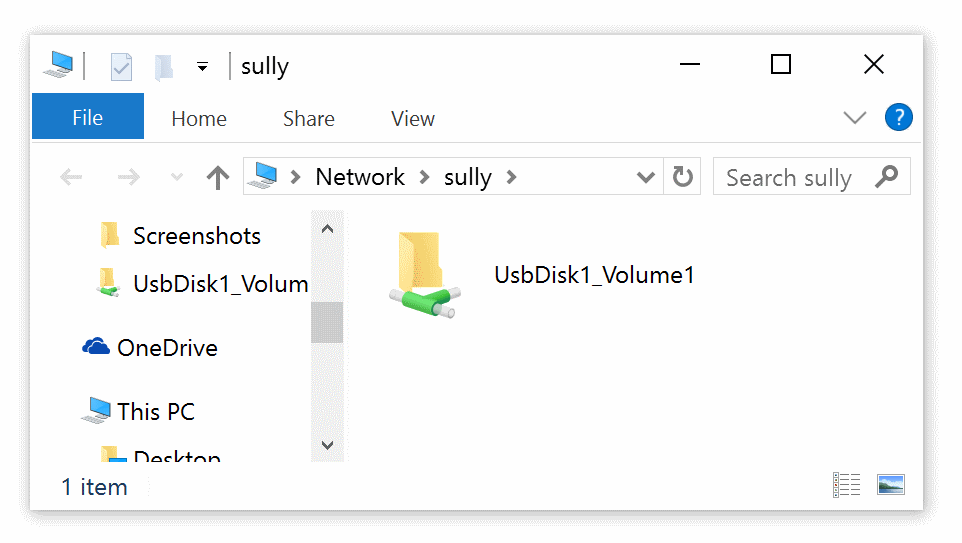 I also figured out how to browse the HooToo filesystem from a Mac as well:

For some reason, with a USB 3.0 flash drive attached, the battery slowly drains even when powered off. So you'll want to remove any flash drive when the HooToo is powered off for extended periods. I have no idea why this happens, but I was definitely able to reproduce the behavior. Kind of annoying since my whole goal was to have "one" device, but oh well.

This isn't a fancy, glitzy Plex based system, it's a basic DLNA share. Devices that have previously connected to this WiFi network will definitely connect to it when no other WiFi networks are available, like say, when you're in a van driving to Legoland, or on a plane flying to visit your grandparents. You will still have to train people to launch the Infuse app, and the right device name to look for... 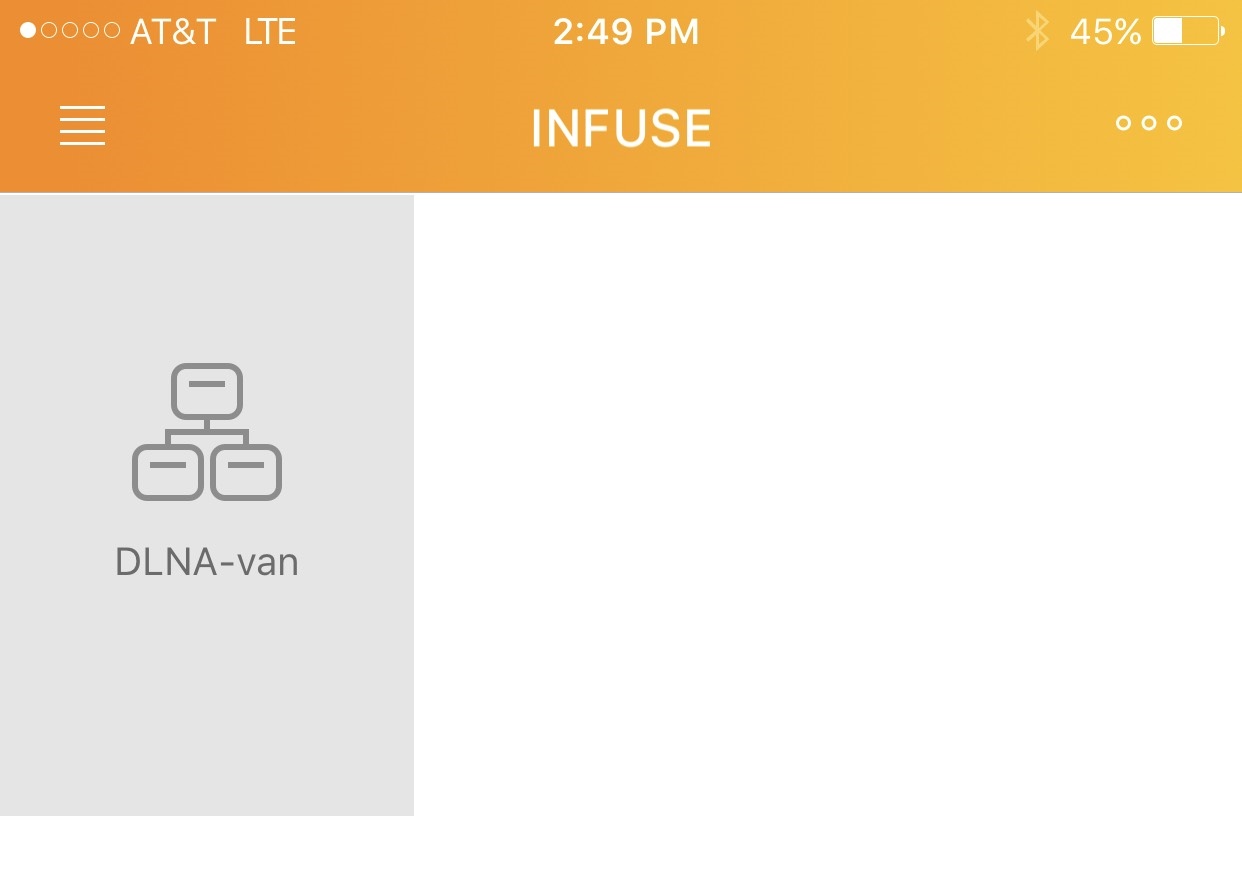 ... or, if you're on a desktop / laptop, create a desktop link to the proper share.

But in my book, simple is good. The HooToo HT-TM05 TripMate plus a small 128GB flash drive is an easy, flexible way to wirelessly share large media files across a ton of devices for less than 75 bucks total, and it comes with a large, convenient rechargeable battery.

I think one of these will live, with its charger cable and a flash drive chock full of awesome media, permanently inside our van for the kids. Remember, no matter where you go, there your … files … are.

They Have To Be Monsters