Here's what I did to install the application Foo [on the Mac]:

At this point, the application is installed. To clean up, I had to:

To me, that seems like a lot of manual steps. In the Windows world, you'll sometimes find shareware where the author gives two options: an installer, or a zip file where you can do everything yourself. The Mac installation process is like the Windows do-it-all-yourself case.

Again, I'm not trying to slam the Mac. I genuinely do not understand why on a platform that makes things really simple, where the mantra is that stuff "just works", ordinary users are expected to do all these manual steps.

I've often wondered the same thing-- why does the Mac require the user to jump through a bunch of manual hoops to install an application? Why not use a traditional installer (a.k.a. setup.exe) that automates this manual work for you?

To be fair, Windows applications aren't always delivered with installers, either. One of the apps I use is Kenny Kerr's excellent Window Clippings. It's delivered as a single executable in a compressed ZIP file. It's a pleasingly simple arrangement, but it's also more work me, the user. Consider how I "install" Windows Clippings: 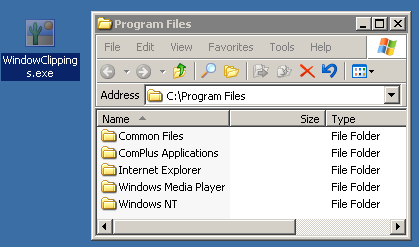 That's a lot of tedious, error-prone steps I have to perform before I can run the application. And no two users will have Windows Clippings installed the same way. Some may opt to run it from their desktop, or a temporary folder, or some other inappropriate location. Is this really what we want to subject our users to?

Even as a power user, I find this level of control not only unnecessary but onerous. That's why it's so strange to me that the "normal" Mac install parallels the sophisticated "power user" Windows install. A typical user doesn't want this level of control, and they certainly don't want to learn about disks and folders. They just want the application to work. Wouldn't a big giant button that says "Install Me" be a better experience for the user?

Traditional Windows installers may be easier than a Mac-style manual install, but they aren't exactly model citizens either. Most installers ask users dozens of questions across multiple wizard pages, along with the inevitable end user license agreement you get strongarmed into accepting. 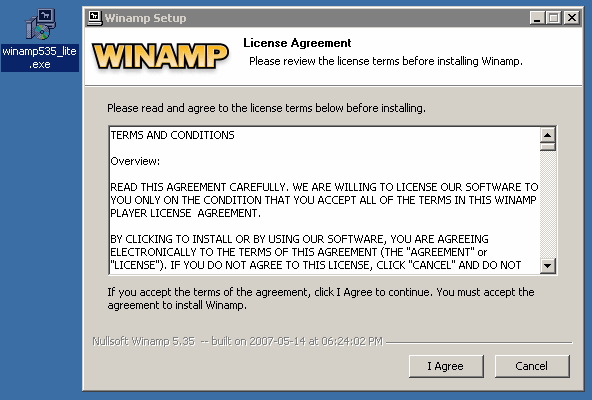 The WinAmp installer is fairly typical. It's five pages long, and asks me to decide the following:

That's a whole lot of thinking necessary to install a tiny little music player. And that's the minimal install-- the lite version that the WinAmp site does its best to hide from me!

Perhaps a better approach is the "No-Questions-Asked" installation featured in JGSoft applications.

If only more applications-- Mac or Windows-- made it this easy on the user. That's about as close as we can get today to the big giant "Install Me" button I think most users are looking for.

The Principle of Least Power