As I was paging through Steve Yegge's voluminous body of work recently, I was struck by a 2005 entry on practicing programming:

Contrary to what you might believe, merely doing your job every day doesn't qualify as real practice. Going to meetings isn't practicing your people skills, and replying to mail isn't practicing your typing. You have to set aside some time once in a while and do focused practice in order to get better at something.

I know a lot of great engineers -- that's one of the best perks of working at Amazon -- and if you watch them closely, you'll see that they practice constantly. As good as they are, they still practice. They have all sorts of ways of doing it, and this essay will cover a few of them.

The great engineers I know are as good as they are because they practice all the time. People in great physical shape only get that way by working out regularly, and they need to keep it up, or they get out of shape. The same goes for programming and engineering.

The answer lies in the Scientific American article The Expert Mind:

Ericsson argues that what matters is not experience per se but "effortful study," which entails continually tackling challenges that lie just beyond one's competence. That is why it is possible for enthusiasts to spend tens of thousands of hours playing chess or golf or a musical instrument without ever advancing beyond the amateur level and why a properly trained student can overtake them in a relatively short time. It is interesting to note that time spent playing chess, even in tournaments, appears to contribute less than such study to a player's progress; the main training value of such games is to point up weaknesses for future study.

Effortful study means constantly tackling problems at the very edge of your ability. Stuff you may have a high probability of failing at. Unless you're failing some of the time, you're probably not growing professionally. You have to seek out those challenges and push yourself beyond your comfort limit.

Those challenges can sometimes be found on the job, but they don't have to be. Separating the practicing from the profession is often referred to as code kata. 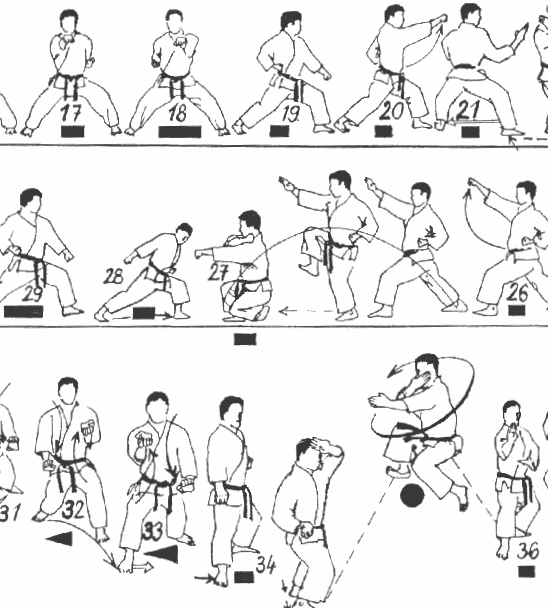 The concept of kata, a series of choreographed practice movements, is borrowed from the martial arts.

If you're looking for some examples of code kata -- ways to practice effortful study and hone your programming skills -- Steve's article has some excellent starting points. He calls them practice drills:

What I like about Steve's list is that it's somewhat holistic. When some developers think "practice" they can't get beyond code puzzles. But to me, programming is more about people than code, so there's a limit to how much you can grow from solving every obscure programming coding interview problem on the planet.

I also like Peter Norvig's general recommendations for effortful study outlined in Teach Yourself Programming in Ten Years.

You can also glean some further inspiration from Pragmatic Dave's 21 Code Katas, or maybe you'd like to join a Coding Dojo in your area.

I don't have a long list of effortful study advice like Steve and Peter and Dave do. I'm far too impatient for that. In fact, there are only two movements in my book of code kata:

When you can write brilliant code and brilliant prose explaining that code to the world -- well, I figure that's the ultimate code kata.