On the internet, you can pretend the world is flat. Whatever country you live in, whatever language you speak, you have the same access to the accumulated knowledge of the world as every other citizen of the planet Earth. And a growing percentage of that knowledge can and should be available in your native language.

But I believe the rules are different for programmers. So much so that I'm going to ask the unthinkable: shouldn't every software developer understand English? 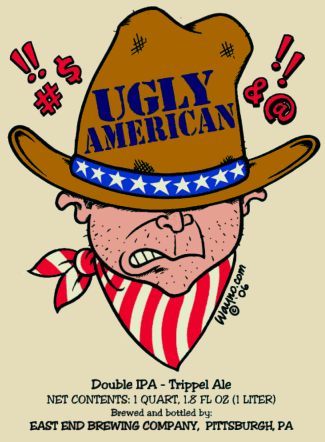 A wildly disproportionate amount of programming information is available in English. The overwhelming majority of programming languages use English keywords. By any metric you can possibly measure, English is the lingua franca of programming.

Now, In terms of cultural literacy and travel, presuming that everyone should speak English is a totally unacceptable attitude, the epitome of the ugly american. 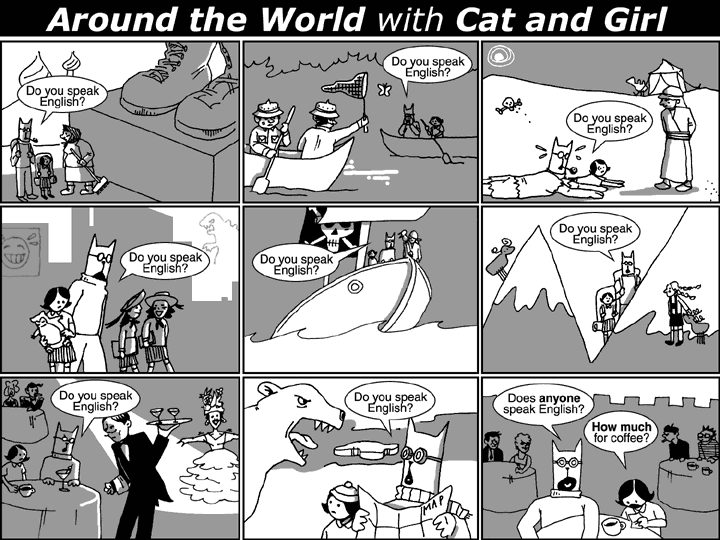 But those rules don't apply to us.

We're not talking about normal everyday people. We're talking about programmers. Citizens of the internet. People who swear allegiance not to a country, but a compiler. Hackers have their own culture, their own norms and standards for literacy. Eric Raymond notes that functional English is required for true hackers:

As an American and native English-speaker myself, I have previously been reluctant to suggest this, lest it be taken as a sort of cultural imperialism. But several native speakers of other languages have urged me to point out that English is the working language of the hacker culture and the Internet, and that you will need to know it to function in the hacker community.

Back around 1991 I learned that many hackers who have English as a second language use it in technical discussions even when they share a birth tongue; it was reported to me at the time that English has a richer technical vocabulary than any other language and is therefore simply a better tool for the job. For similar reasons, translations of technical books written in English are often unsatisfactory (when they get done at all).

Linus Torvalds, a Finn, comments his code in English (it apparently never occurred to him to do otherwise). His fluency in English has been an important factor in his ability to recruit a worldwide community of developers for Linux. It's an example worth following.

Being a native English-speaker does not guarantee that you have language skills good enough to function as a hacker. If your writing is semi-literate, ungrammatical, and riddled with misspellings, many hackers (including myself) will tend to ignore you. While sloppy writing does not invariably mean sloppy thinking, we've generally found the correlation to be strong -- and we have no use for sloppy thinkers. If you can't yet write competently, learn to.

It's difficult to communicate this idea without feeling like an ugly American programmer. But it doesn't come from a nationality, or a desire to dominate the world. It's nothing more than great hackers collectively realizing that sticking to English for technical discussion makes it easier to get stuff done. It's a meritocracy of code, not language, and nobody (or at least nobody who is sane, anyway) localizes programming languages.

I received this email from Slawomir, a Polish programmer, a few months ago. He confirmed what I've always suspected and secretly believed -- but have been hesitant to say:

I just listened to Stack Overflow podcast episode 29 where you discuss localization of developer tools.

In my opinion there is no reason to translate developer tools and documentation.

If everybody blogs and develops in English - our global repository of solutions and blog posts is much bigger and you have better chances of finding an answer to your problem.

Consciously choosing to switch from Polish to English reminds me why I gave up Visual Basic for C#, as painful as that was. These languages do exactly the same things -- and the friction of choosing the minority language was severe. I found reams of code and answers in C# whenever I searched, and almost nothing at all in VB.NET. I spent so much time converting code into VB.NET and introducing new bugs and errors in the process, along with countless language-only forks. This eventually stopped making sense to me -- as it would to any good programmer.

Advocating the adoption of English as the de-facto standard language of software development is simple pragmatism, the most virtuous of all hacker traits. If that makes me an ugly American programmer, so be it.