The Rise of the Electric Scooter

In an electric car, the (enormous) battery is a major part of the price. If electric car prices are decreasing, battery costs must be decreasing, because it's not like the cost of fabricating rubber, aluminum, glass, and steel into car shapes can decline that much, right? 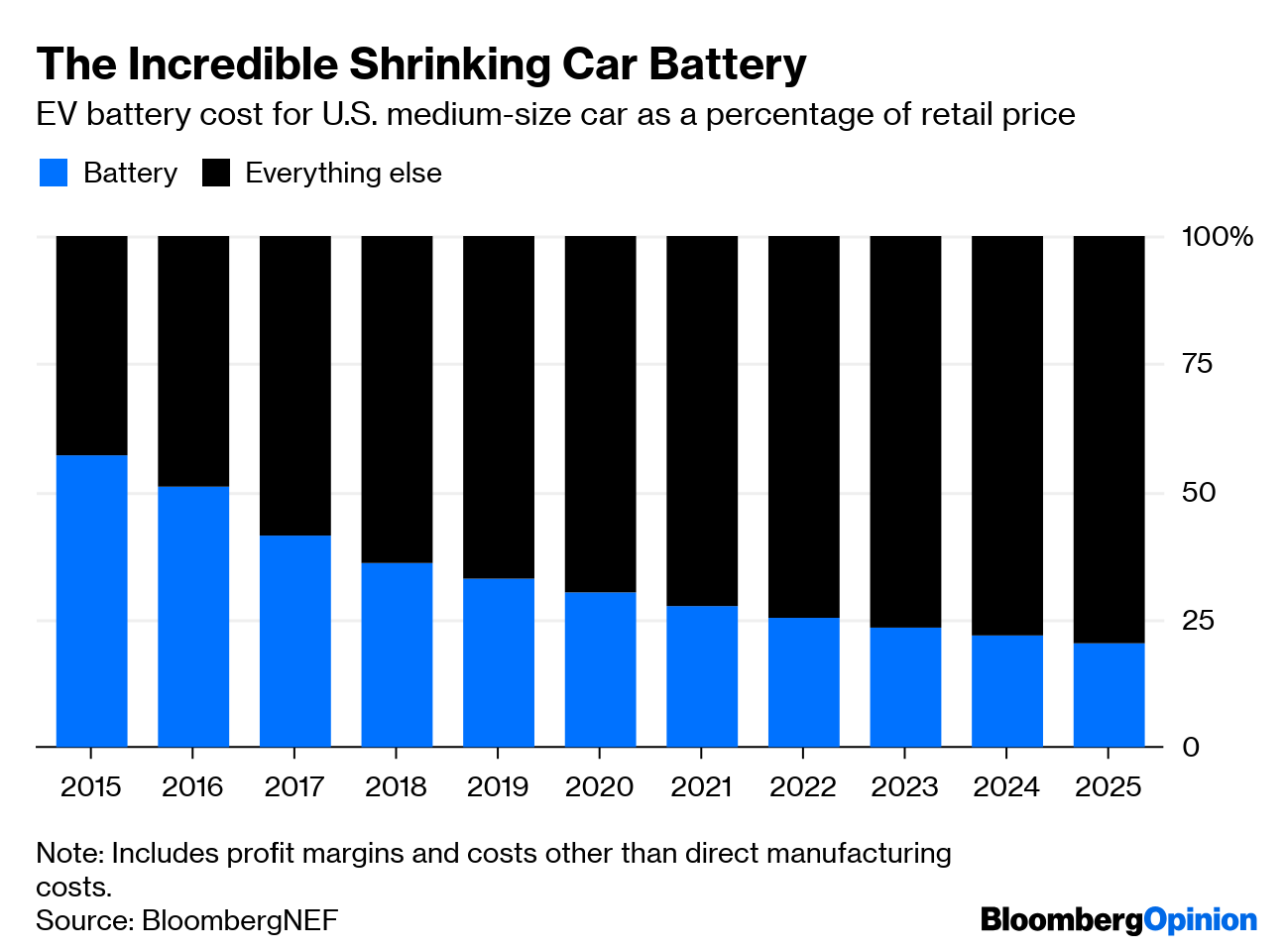 On an electric scooter, though, the effect of battery price has to be even more dramatic because scooters are such lightweight, compact, and simple machines. They aren't much more than a battery and an electric motor to begin with. Remember the the Zappy electric scooter from twenty years ago? 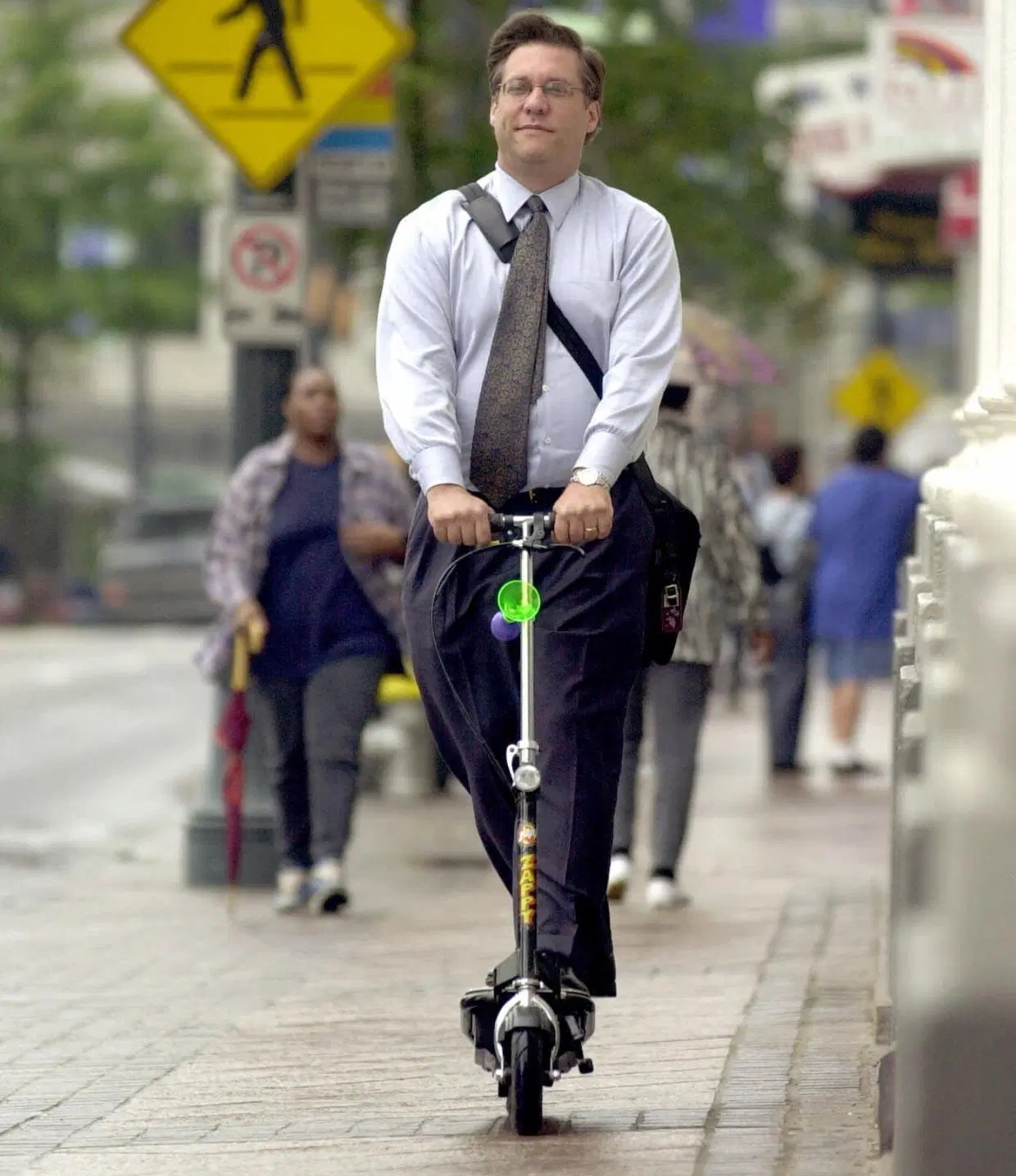 Thus, one way to see if Lithium Ion battery prices are indeed generally dropping independent of all other manufacturing concerns is to examine the cost of electric scooters over the last few years. Let's consider one of the most popular models, the Xiaomi Mi M365:

This graph only shows roughly two years, from January 2018 to now; it looks like the original price for the Xiaomi M365 when it hit the US market in early 2017 was around $800. So the price of a popular, common electric scooter has halved in three years. Very good news indeed for electric vehicles of all types!

This dramatic drop in electric scooter price from 2016 to 2019 may not be surprising versus the parallel rise of the quasi-legal electric scooter smartphone app rental industry over roughly the same time period, in the form of Bird, Lime, Skip, Spin, Scoot, etc. 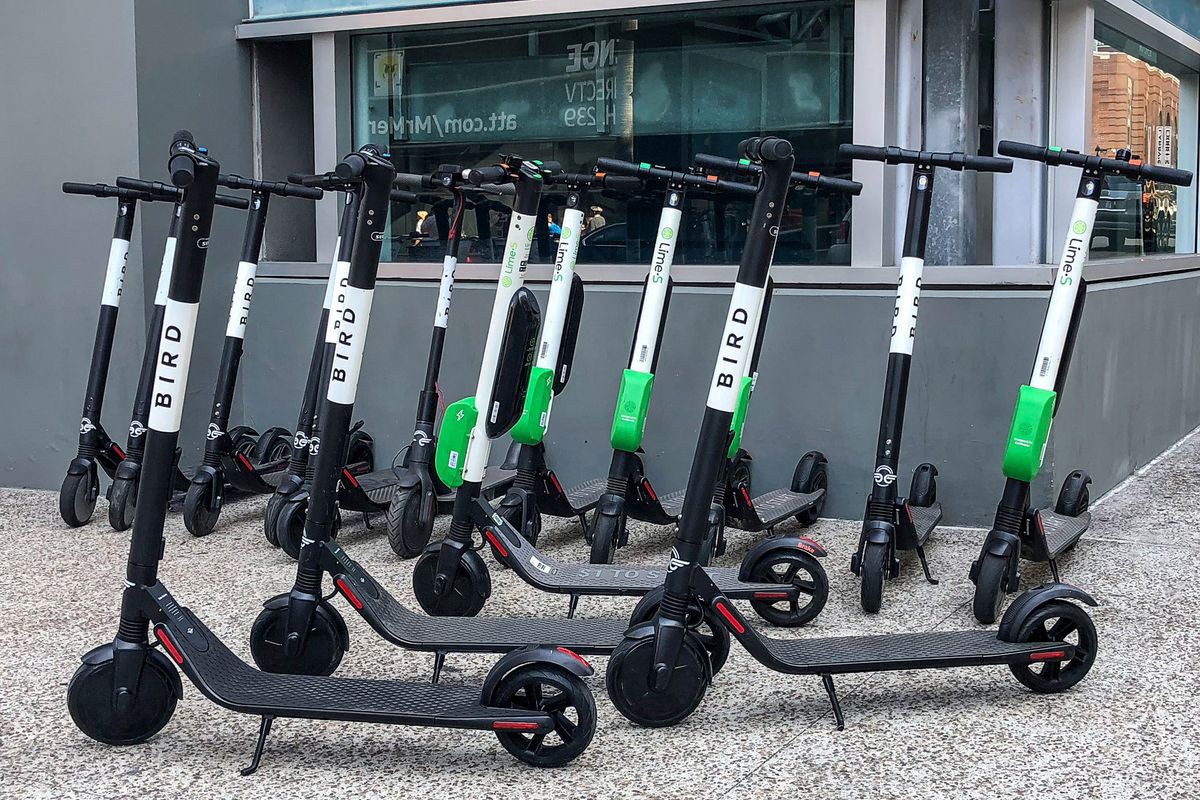 Early versions of Bird scooters were actual Xiaomi M365s, slightly modified for rental. Only by late 2018 had they migrated to custom built, ruggedized scooters optimized for the rental market. The rental industries have their own challenges, and ironically have started to pivot to monthly rentals rather than the classic 15 cents per minute.

Bird has experimented with its business model in recent months. In early March, the company altered its repair program in Los Angeles, which had relied on gig workers to fix broken scooters. It moved repairs in-house (though scooters are still charged each night by an army of gig workers). Later that month, the company introduced scooters with locks in some markets, in a bid to prevent theft and vandalism.

In April, it announced the launch of a more traditional rental program in San Francisco and Barcelona, in which users could pay $25 per month to rent a Xiaomi m365 from the company rather than paying per ride.

But this isn't meant to be a blog entry about the viability of scooter rental company business models.

I want to tackle a more fundamental question: are electric scooters the future of transportation?

Even Uber, as screwed up of a company as they still are, knows cars are overkill for a lot of basic transportation needs:

Uber believes their current micro fleet of ebikes and scooters can displace trips under 3 miles.

We have plenty of scooters here at my house, and the family and I enjoy them greatly, but I have never actually ridden or owned an electric scooter. So I bought one. It is of course the popular, inexpensive, and well reviewed Xiaomi Mi M365.

Here's a picture of my electric scooter inside my electric car. (I apologize that I didn't have an electric bicycle to park next to it for maximum smugness, but you can bet your sweet electrons I'll work on that next!) 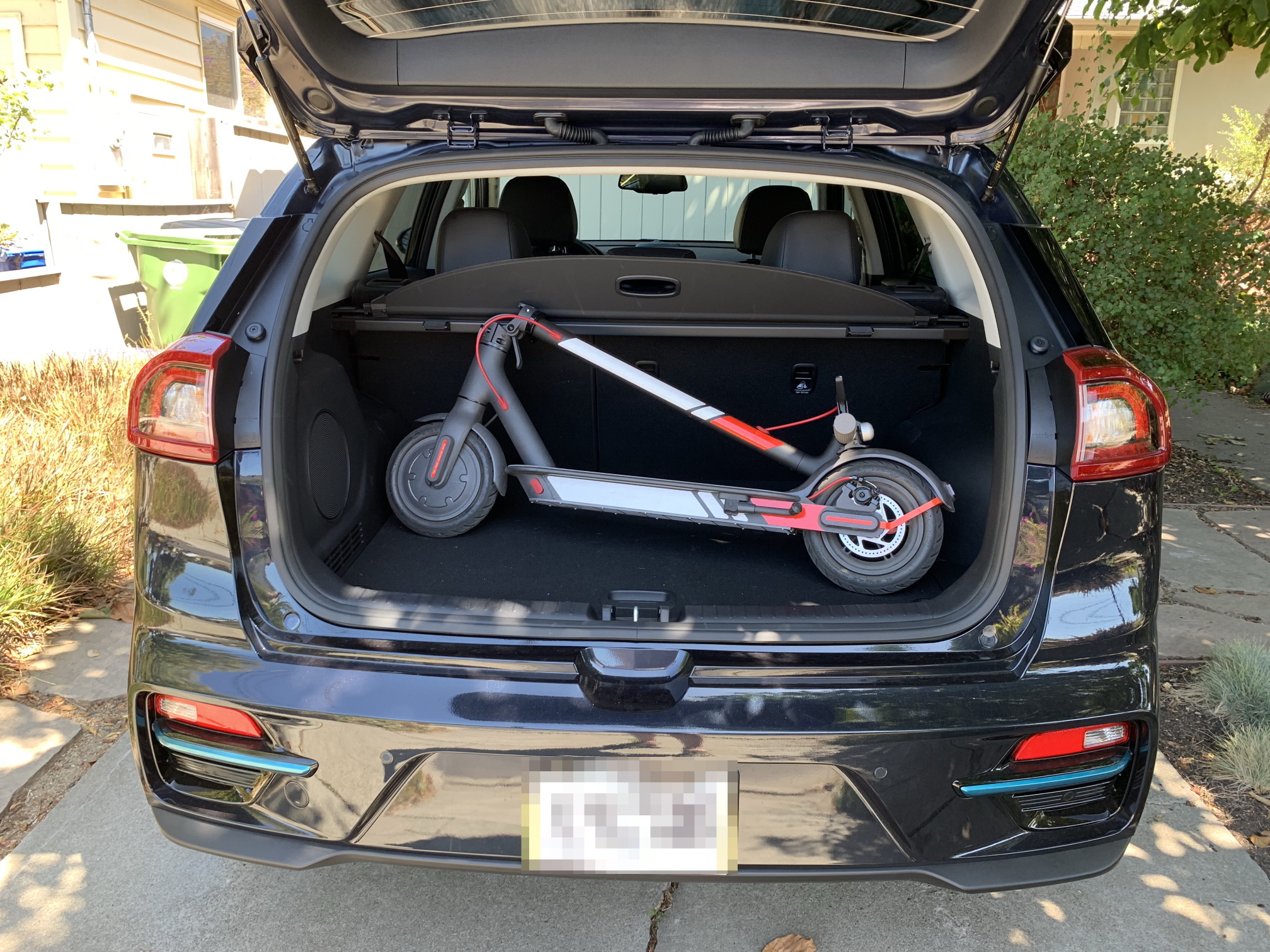 The short version of my review is this electric scooter is incredibly fun, works great, and if you can get it for a price around $300, practically a no-brainer. I love it, my kids love it, and as long as you're conceptually OK with the look, unlike Elon Musk 🛴💨 then you'll probably love it too.

I found a neat video covering the "one year later" experience of owning the scooter, and what you might eventually run into or want to tweak.

(The main thing to take away from this video is that flats super suck on tires this small, so be warned. I put Slime in my Mi's tires out of an abundance of caution, but you could also go with solid tubeless tires – at the cost of some ride comfort – if you're really worried.)

That's not to say that the electric scooter experience is perfect. There are some challenges with electric scooters, starting with the biggest one: your local government has no idea how to regulate the darn things.

The answers also vary wildly depending on where you live, and with no consistency or apparent logic. Here are the current electric scooter laws in California, for what it's worth, which require the rider to have a valid driver's license (unlike electric bicycles) and also disallow them from sidewalks, both of which I feel are onerous and unnecessary restrictions.

One aspect of those laws I definitely agree with, however, is the 15 mile per hour speed restriction. That's a plenty brisk top speed for a standing adult with no special safety equipment. Anything faster starts to get decidedly … uncomfortable. Consider this monster of a 1165KWh electric scooter, with dual motors and dual suspension that goes up to forty freakin' miles per hour.

That … is … terrifying. Even the reviewer, in full motorcycle safety gear, wasn't willing to push it all the way to 40 MPH. And I don't blame him! But now that I've shown you the undisputed Honda Civic everyman budget model of electric scooter in the M365, hopefully this gives you a taste of the wider emerging diversity in these kinds of minimalistic electric vehicles. If you want a luxury electric scooter, an ultralight electric scooter, a rugged offroad electric scooter … all things are possible, for a price.

Another reason the M365 is available for so cheap is that is successor, the Xiaomi M365 Pro, was recently released, although it is not quite possible to obtain in the US at the moment.

Having ridden my M365 a fair bit, I can confirm all the Pro improvements are welcome, if incremental: bigger battery and disc brake, more power, better display, improved latch mechanism, etc. 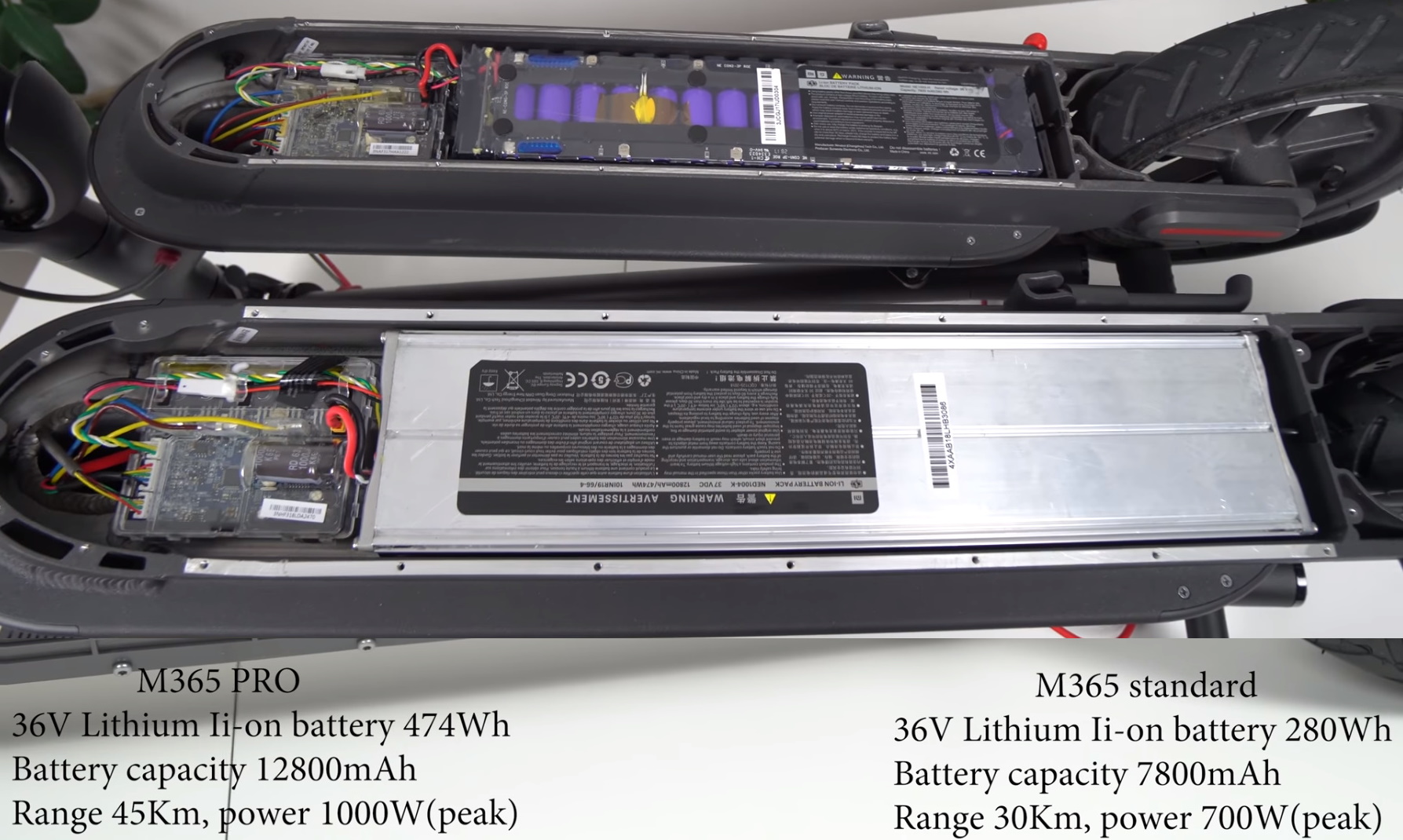 None of those Pro improvements, however, are worth a 2× increase in price so I'd recommend sticking with the M365 for now because its value proposition is off the charts. Did I mention there's a bluetooth connection, and an app, and it is possible to hack the M365 firmware? Pretty cool how electric vehicles are inherently digital, isn't it?

Here are a few other observations after riding my M365 around a fair bit:

To be honest with you I'm still bitter about the whole Segway debacle. There was so much hype back in the day. That ridiculous thing was supposed to change the world. Instead, we got … Paul Blart Mall Cop. 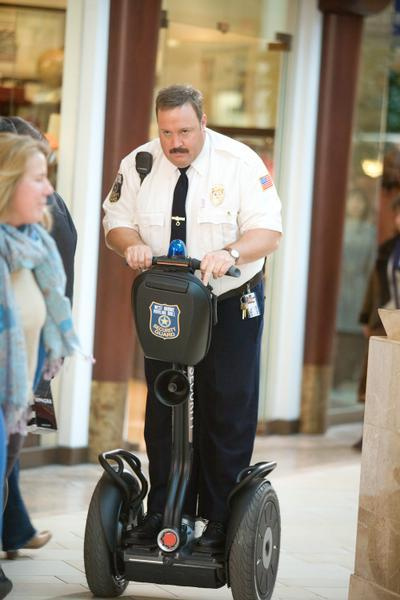 A Segway was $5,000 at launch in 2001, which is a whopping $7,248 in inflation adjusted dollars. Here in 2019, cheap $200 to $300 electric scooters are basically the transformational technology the Segway was supposed to be, aren't they? Are electric scooters the future of (most) transportation? I'm not sure, but I do like where we're headed, even if it took us twenty years to get there.