The myth of infinite detail: Bilinear vs. Bicubic

Have you ever noticed how, in movies and television, actors can take a crappy, grainy low-res traffic camera picture of a distant automobile and somehow "enhance" the image until they can read the license plate perfectly?

I don't know what kind of crazy infinite-detail fractal images these scriptwriters think we have. Here in the real world, bitmaps don't scale worth a damn. Take this bitmap, for example:

If we blow that up 300% using the simplest possible algorithm ‐ a naive nearest neighbor (aka pixel resize) approach – we get this: 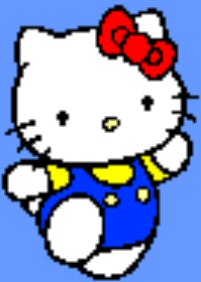 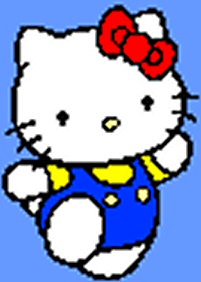 Interesting. It's sharper, but I'm not sure it's all that much better. And there's a bit of an oversharpening or halation effect at some color borders, too.

There's another image sample at Interpolate This with a writeup that implies that bicubic is flat-out superior, but I'm not sure that's the case. Either way you're interpolating*, it's just a question of how sharp you like your simulated pixels to be.

The best solution of all is to move to a vector representation and give up on bitmaps – and interpolation – entirely.

* A reader pointed out an interesting algorithm for interpolating low-res images called 2xSAI. Here's a screenshot I generated of a SNES game with 2xSAI interpolation enabled. Compare to the original screenshot.

Despite the incredible slowness and the sparseness of features, this is really really cool

Are All Programming Languages The Same?